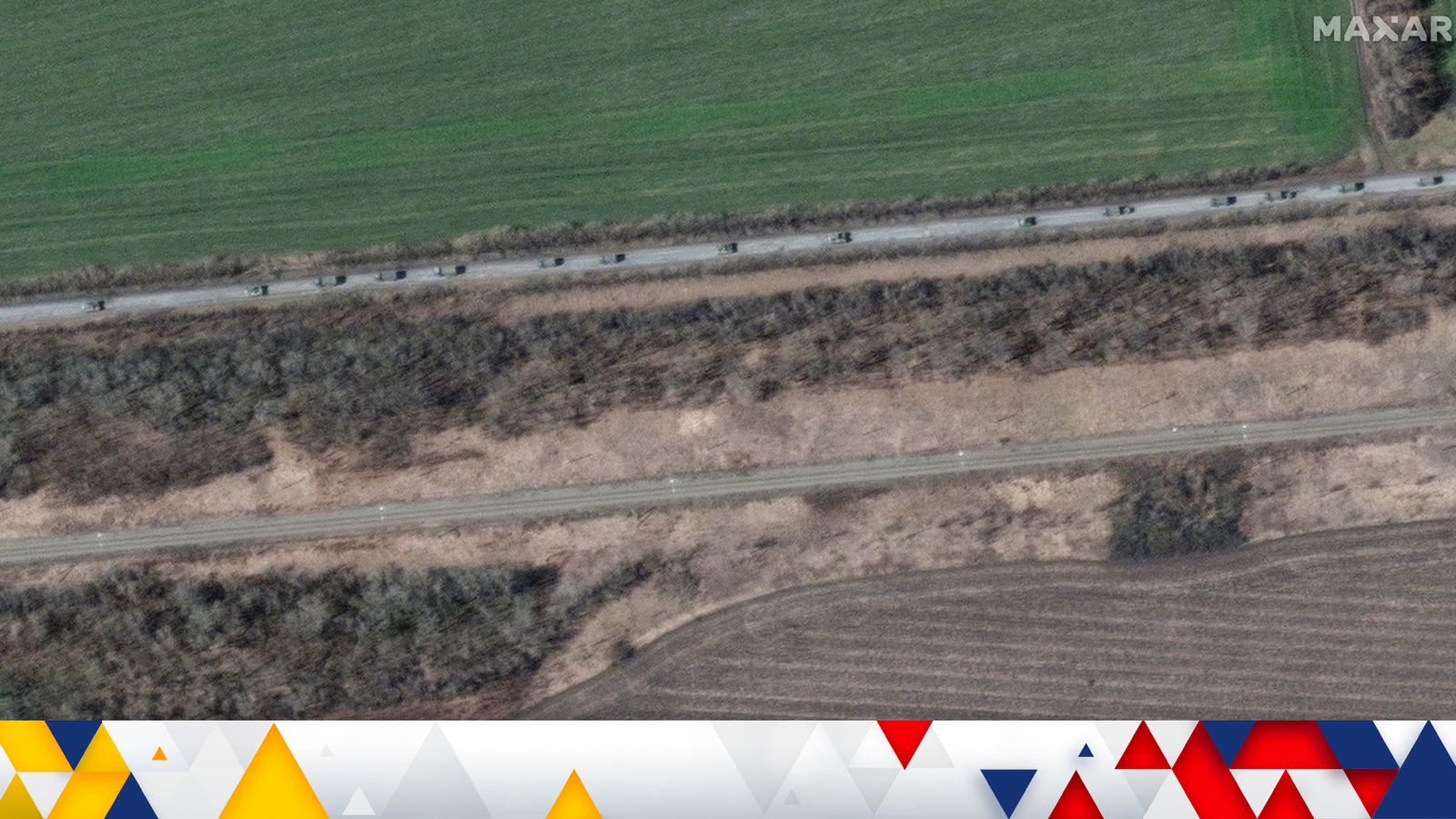 Russia could launch a full-scale military offensive in the east of Ukraine within days, despite questions about the ability of its demoralised soldiers.

Russian-backed separatists have been fighting Ukraine in the eastern Donbas region since 2014 and parts of the industrial region are under Russian control.

Ukraine is believed to have tens of thousands of soldiers in the east – the bulk of its military force – ahead of what could be one of the war’s decisive battles.

President Volodymyr Zelenskyy said in his nightly address on Sunday that the coming week will be “tense”, with Russia “even more afraid to lose… afraid that the truth will have to be admitted”.

“Russian troops will move to even larger operations in the east of our state,” he warned. “They can use even more missiles against us, even more air bombs. But we are preparing for their actions. We will respond.”

• Russian forces shelled Kharkiv, Ukraine’s second-largest city, on Sunday and blasts were heard overnight
• Ukraine’s air defence missile systems in Mykolaiv and an air base in Chuhiv were hit, Russia claimed
• More evidence of war alleged Russian war crimes have emerged in the Kyiv region, including allegations of sexual violence and the discovery of a makeshift grave containing civilians near Burzova, says the UK’s MoD
• More than 4.5 million people have now left Ukraine since the invasion began, with 1,766 civilians dead, according to the UN – but it says the numbers are likely a vast undercount
• The World Bank estimates that Ukraine’s economic output will contract by 45.1% this year due to the war, with Russia’s 2022 GDP forecast to fall by 11.2% due to sanctions imposed by other countries
• The Times cited US officials as saying that Finland and Sweden could join NATO as early as this summer

It emerged on Sunday that the Russian military was calling on ex-soldiers who have been discharged since 2012 to return for its offensive in Ukraine.

According to the British Ministry of Defence, this is “in response to mounting losses”.

It added: “Efforts to generate more fighting power also include trying to recruit from the unrecognised Transnistria region of Moldova.”

The territory broke away after a short civil war in the early 1990s, and Russia has an estimated 1,500 troops there.

There are concerns that, if Russia was to secure a takeover of Ukraine, it could then use the disputed Transnistria to launch an attack on Moldova.

It comes a few days after Kremlin spokesman Dmitry Peskov told Sky News that Russia had suffered “significant losses” of troops since the invasion began on 24 February, adding: “It’s a huge tragedy for us.” 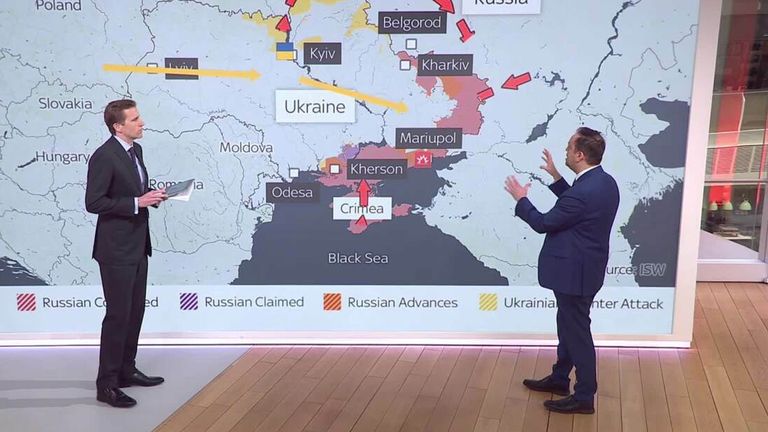 ‘Russians will try to cut off Crimea and Odesa’

He said: “When people lack the courage to admit their mistakes, apologise, adapt to reality and learn, they turn into monsters. And when the world ignores it, the monsters decide that it is the world that has to adapt to them.

“Ukraine will stop all this.”

“The day will come when they will have to admit everything – accept the truth,” he added.

Evidence of alleged war crimes has been found in a number of towns and villages in the north of Ukraine, following the Russian withdrawal from that part of the country. 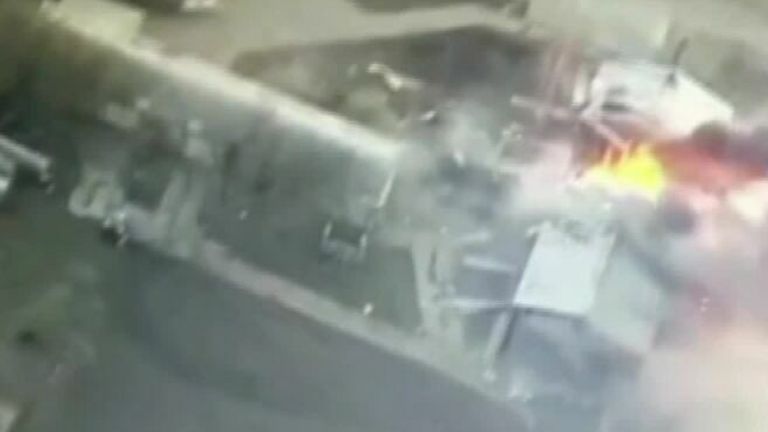 Mr Zelenskyy has previously said that he expects more evidence to be found in the southern city of Mariupol once it is no longer blockaded.

Mariupol has been under sustained Russian attack for about six weeks, leaving the remaining citizens without food, water, and electricity.

For Russia, taking Mariupol would mean a land bridge to the Crimean Peninsula, which they took from Ukraine eight years ago.