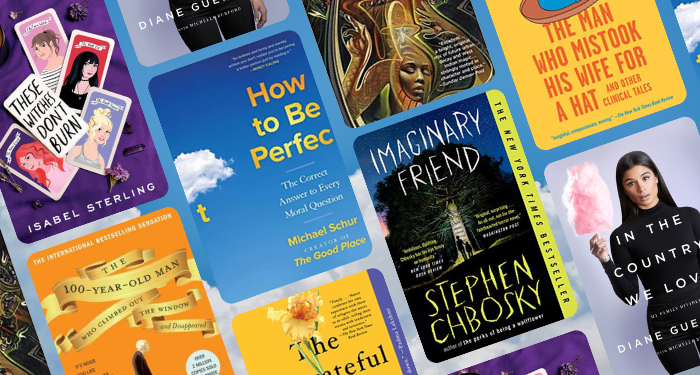 Verity by Colleen Hoover for $5.99

One Good Turn by Kate Atkinson for $2.99

Two Rogues Make a Right by Cat Sebastian for $1.99

Afterland by Lauren Beukes for $3.99

The Jasmine Throne by Tasha Suri for $2.99

Let’s Explore Diabetes with Owls by David Sedaris for $3.99

The House at Riverton by Kate Morton for $1.99

How the Penguins Saved Veronica by Hazel Prior for $1.99

The Less People Know About Us: A Mystery of Betrayal, Family Secrets, and Stolen Identity by Axton Betz-Hamilton for $1.99

Fifty Words for Rain by Asha Lemmie for $2.99

The Soulmate Equation by Christina Lauren for $1.99

Let’s Pretend This Never Happened by Jenny Lawson for $2.99

The Turnout by Megan Abbott for $1.99

The Library at the Edge of the World by Felicity Hayes-McCoy for $1.99

Miss Burma by Charmaine Craig for $1.99

All the Single Ladies by Rebecca Traister for $3.99

Last Night at the Telegraph Club by Malinda Lo for $2.99

Game of Thrones Spinoff Was Kit Harington’s Idea, According to George R.R. Martin
‘The number of victims is impossible to imagine’: Missile strike on Ukrainian shopping centre
Roe v. Wade and Fashion’s Fight for Freedom
Porter Robinson Surprise Set At Ocular Organ Among Highlights From Electric Forest
80% of Ukrainian troops killed or injured in elite military unit, says commander – and its future is unclear