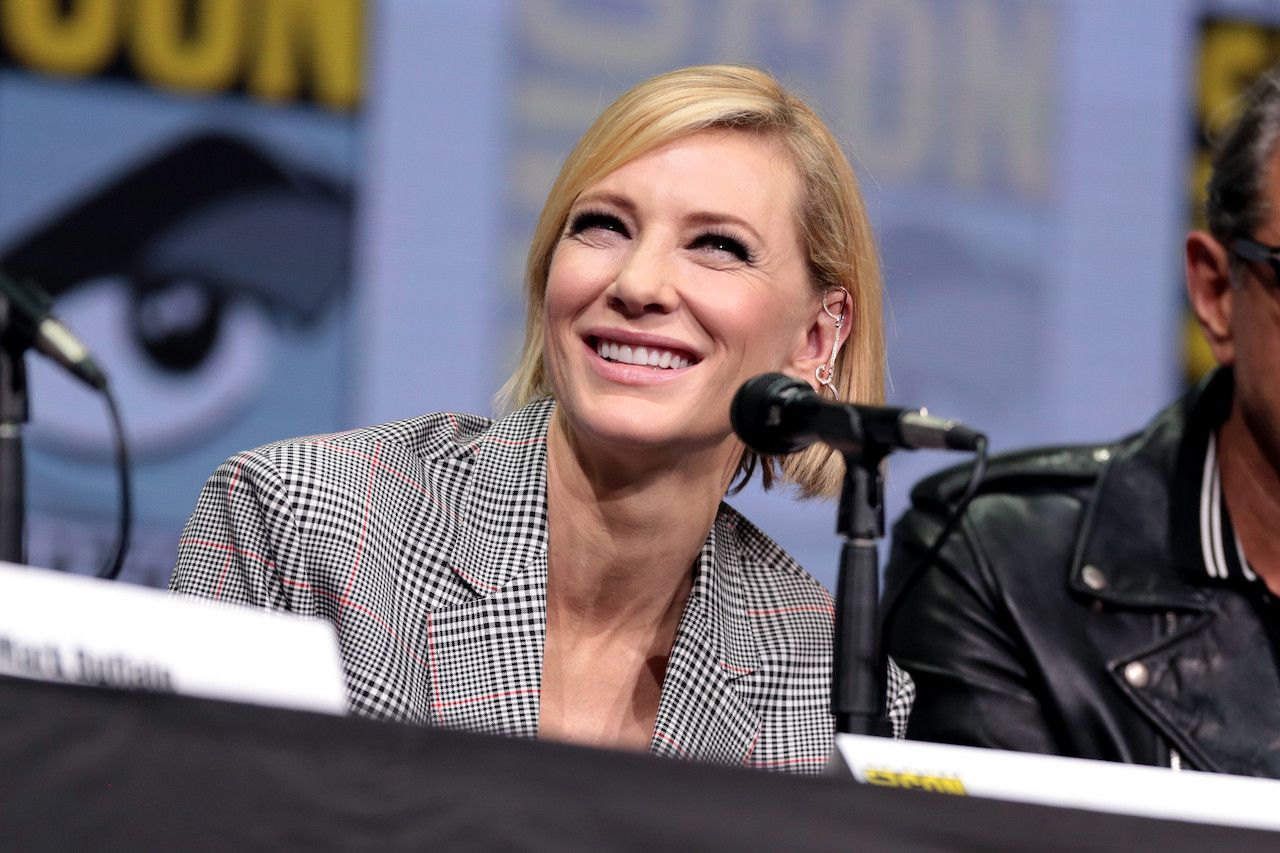 As Nicole Kidman is being mostly praised for her portrayal of Lucille Ball in Being The Ricardos, fellow Oscar-winner Cate Blanchett is opening up about her decision to decline the role in the movie. While it would seem that someone of Blanchett’s credentials would have been more than capable of giving an excellent performance as the iconic comedy star, in a recent interview with Variety she touched on the subject, conceding that in the end the movie became what “it needed to be” without her involvement.

Being the Ricardos stars Kidman alongside Javier Bardem, who plays Ball’s real life and on-screen husband Desi Arnaz, and while the film is getting mixed reviews from critics, it is currently being considered for the latest round of Oscar nominations. For anyone to take on the role of an actual TV icon is challenging to get right with everyone, and it is unlikely that Blanchett’s casting would have made any difference to the overall movie, which she alluded to in her comments.

“It became the movie it needed to be. Those things happen in the right way, at the right time. In the best possible way, you don’t always envisage the same thing; and then it goes on to become a different entity. When Francis calls, you just have to say yes. Because you’re on the epic, life-changing adventure ride. You’re on that roller coaster. I’m ready for that.”

The Francis in question is, of course, Francis Ford Coppola. Another actor who almost had a role in Being The Ricardos is Moon Knight star Oscar Isaac, who was one of the stars initially lined up to play the role of Arnaz before it went to Bardem. Blanchett’s comments seem to suggest that she turned down the part of Lucille Ball for her own reasons, and potentially one of those could be to prepare to star in Coppola’s upcoming Megalopolis movie, which is supposedly filming at the end of this year. If that is the case, then as she says, there are some directors you just don’t turn down.

Cate Blanchett has appeared in many movies during her long career, across multiple genres and alongside almost every other Hollywood icon of the last few decades. Having worked with the likes of Martin Scorsese, Woody Allen, Peter Jackson and Guillermo Del Toro, it is not surprising that she would also want to work with Coppola on his upcoming project, and she can certainly pick and choose the roles she decides to take on.

Blanchett most recently appeared as part of the ensemble cast of Adam McKay’s Netflix political satire, Don’t Look Up, and has a number of other projects already in various stages of production, including a voice role in Del Toro’s Pinocchio, playing Lilith in the live-action adaptation of the Borderlands video game, and a part alongside Kevin Kline in Apple TV+ drama series Disclaimer. As one of the most highly regarded stars of her generation, the chance to play an icon like Lucille Ball could be one that has now passed her by, but it is not a role that was likely to define her career, and there will be many more roles to come that could be every bit as iconic as that one would have been.

Fans of Debra Messing aren’t quite sure how to feel about the Being the Ricardos trailer with Nicole Kidman as Lucille Ball.

Anthony Lund is an author, songwriter and puppeteer from a small village in the U.K. with an avid love of all genres of TV and film. As well as keeping up with the lastest entertainment news and writing about it for MovieWeb, he works as a video editor, voice over artist and production designer. A child of the 80s, he is the owner of almost 2000 books, more toys than his children, three Warner Bros. Store Gremlins and a production used Howard The Duck movie script.