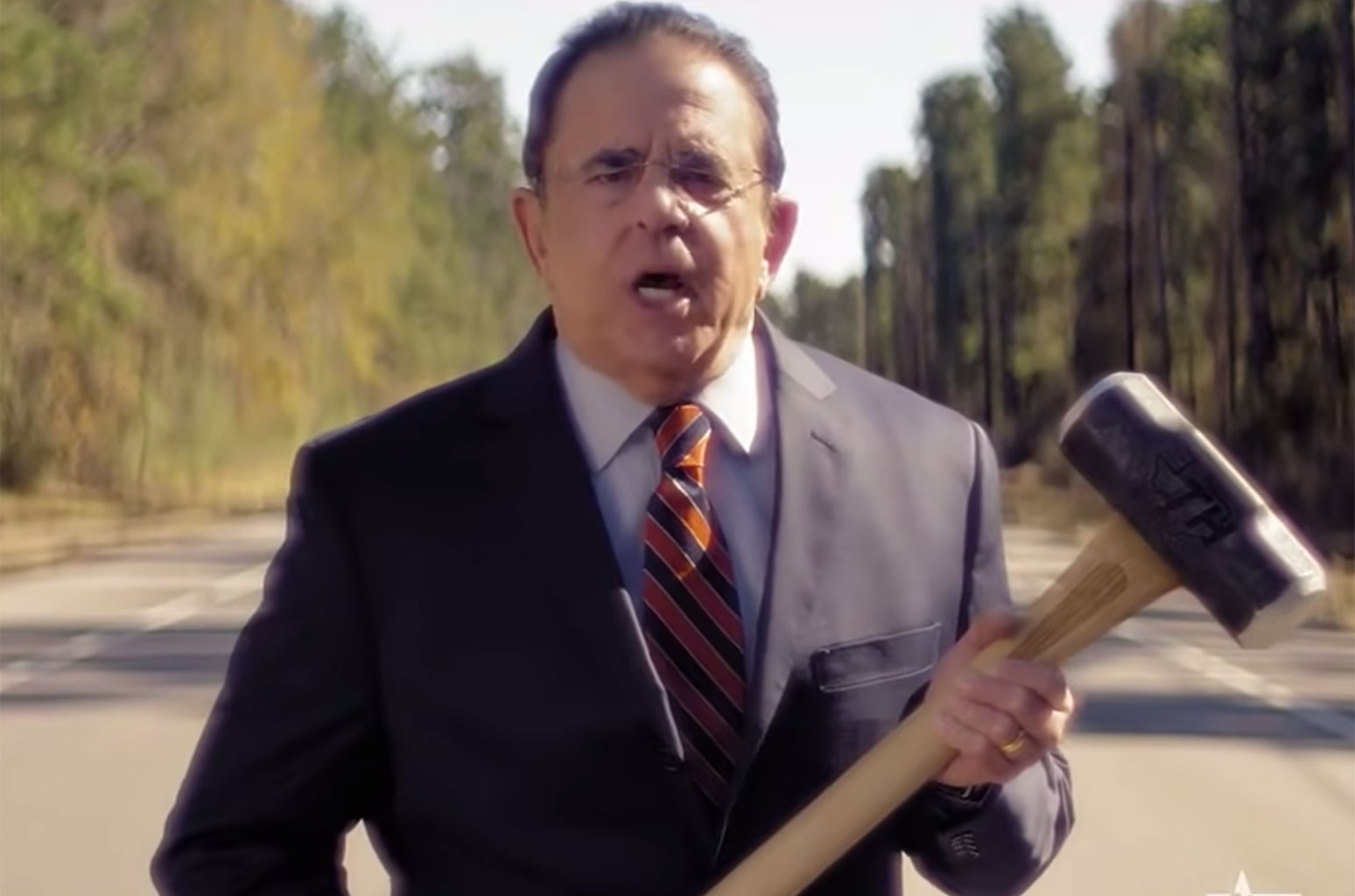 Last weekend, after nine concertgoers died and hundreds more were injured from crowd surges during Travis Scott‘s set at his Nov. 5 festival, Adler and his fellow Houston personal-injury attorneys sprang into action. Hundreds, possibly thousands, of attendees suddenly needed legal representation, and the super-competitive lawyers began aggressively marketing their services. Adler may not have been marketing on TV, but by Monday morning, the front page of his website read: “Astroworld Lawsuits, Serious & Fatal Injuries,” above a photo of a microphone and a blurred crowd.

Adler filed suit Tuesday in Harris County District Court on behalf of 14 attendees whose injuries include “head, neck, PTSD, depression, ribs, cuts on their heads and legs, foot, knee, shoulder,” he says. “I’m a creature of the media. We’re doing a paid marketing campaign. We’re actively seeking clients through our website and Google pay-per-click ads and paid ads on Facebook.”

Google “Astroworld” in Houston this past week and lawyer webpages were the top results, declaring “Were you injured at Travis Scott’s Astroworld?” and “Injured at the Travis Scott concert in Houston? We can help.”

“I have not seen blood in the water like this since Deepwater Horizon,” says Miranda Sevcik, principal of Media Masters, a Houston marketing firm specializing in litigation, referring to the 2010 oil-spill disaster. “We’re a big personal-injury town, with Interstate 10 and big rigs and truck accidents and chemicals — but this is a whole new realm.”

Personal-injury lawyers are generally more intense marketers than any other type of lawyer. In Houston, and Texas at large, the billboards and TV ads are almost mythically over-the-top. For years, the Texas Hammer competed for clients with the Texas Law Hawk, the Strong Arm and, in a mocking response, an attorney whose ads displayed Arm & Hammer baking soda. The late attorney Brian “The Strong Arm” Loncar once hired Sweet Brown, who famously went viral with the catchphrase “ain’t nobody got time for that,” to declare in a TV ad: “Brian Loncar? I got time for that!”

Even attorneys’ physical locations are part of the competition — Tony Buzbee, another personal-injury veteran, trumps Adler’s 20th-floor office by operating on the 73rd floor downtown, with even bigger windows overlooking an even bigger stretch of the city. “If you’re going to an office that’s impressive, you’re left with the impression ‘this guy owns the town,'” Sevcik says. “And everything’s branded, from the water bottles to the napkins.”

The self-promotion may be extravagant, but the personal-injury profession works to draw clients in as a systemic check against police, government and big business. “I wouldn’t use the word ‘competition,’ necessarily,” says Derek Potts, a Houston personal-injury attorney who says he’s representing 50 Astroworld attendees. “But there are definitely a lot of firms interested in what happened and getting clients. There are really good lawyers here.”

Buzbee, who represents the family of deceased 18-year-old Astroworld attendee Axel Acosta, is an ex-Marine once featured in the New York Times Magazine for his lawsuit against BP on behalf of 179 clients injured in a refinery explosion. After Astroworld, he watched the horrifying social-media footage and quickly schooled himself on how the concert business works. “BP was a cautionary tale for all the other refinery owners. It changed a lot. It certainly changed BP’s practices,” he says. “I see this being the same kind of case.”

Buzbee put on a show of a news conference at his office Tuesday, marching into a room with eight members of Acosta’s family, including Axel’s father, Edgar. “The air was slowly squeezed out of Axel, sending his heart into cardiac arrest,” Buzbee said into the cameras. “People trampled over his body like a piece of trash.” He added: “This could have been your kid.”

Other Houston attorneys have worked more behind the scenes. On the Saturday morning after the festival, Vuk Vujasinovic of VB Attorneys, a veteran Houston lawyer who represented people with destroyed property from Hurricane Harvey, filed the first lawsuit against promoter Live Nation and others, on behalf of injured concertgoer Cristian Guzman. He expects to request damages of more than $1 million for Guzman, who he calls a “strong guy, a six-foot jiujitsu fighter who was literally one with the crowd — he could not move independently.”

(In a statement, a rep from Live Nation responded: “We continue to support and assist local authorities in their ongoing investigation so that both the fans who attended and their families can get the answers they want and deserve, and we will address all legal matters at the appropriate time.”

After filing the suit, Vujasinovic demanded to inspect the Astroworld site and, on Tuesday, found a scene that “didn’t seem like it was safe for 50,000 to 70,000 raging fans trying to have a good time.” He also noticed an eerie sight: “Shoes everywhere. When people get stuck in the crowd, they get lifted out of their shoes. Half these people are leaving this concert barefoot.”

Whether the concertgoers’ cases win or settle, insurance companies could increase liability premiums for festivals and other events. Asked about this possibility, Vujasinovic, who isn’t much of a concertgoer, says he hasn’t thought much about it. “The way I see it is, you shouldn’t have allowed this to happen if you’re worried about your insurance rates,” he says.

Could these lawsuits eventually affect concerts’ financial ability to even exist?

With a sharp laugh and a slap on the table, Vujasinovic says, “Maybe we just go back to doing it all on Zoom.”