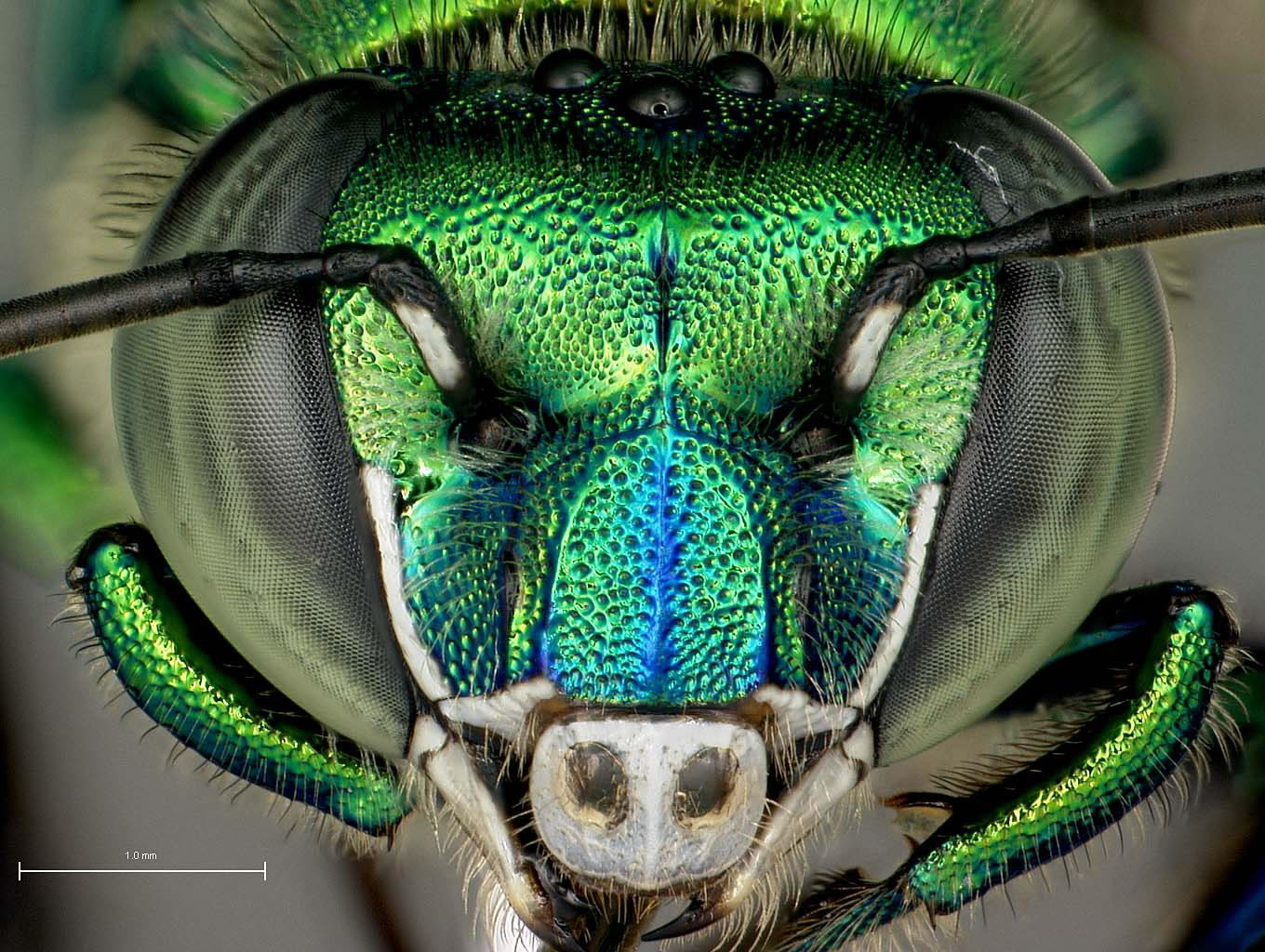 Why did nature allow you, the gaudiest and most wasteful plants in history, you flowering plants, you angiosperms, to thrive?  Why did she favor you despite your sins, your sins of materialism, consumerism, waste, and vain display?  Because your sins were blessings in disguise.

With your sins, you harnessed two opposites joined at the hip—cooperation and competition.  Remember, you flowering plants drove ferns and cone-bearers to the margins.  Competition played a critical role in your success.

But despite your victory over the ferns and cone-bearers, your success was not just at the expense of others.  It happened because you, a plant, genuinely looked out for my needs—the needs of an insect–in exchange for my looking out for yours.

But behind it all, behind the flower and insect partnership, was sex.  Why?

When you are pondering nature’s supposed skinflint ways, her insistence on bare bones asceticism, her push toward doing things in the most economical and energy efficient way, her stress on harmony, sustainability, and balance, put one simple fact at the very forefront of your brain.  Nature invented death, the ultimate materialist waste.  Yes, death is nature’s invention, not the invention of capitalists, industrialists, paternalists, or of humankind. Since life began 3.85 billion years ago, quadrillions of creatures have died. Just to make  things worse, nature invented pain.   What does that say about nature?  What does that say about her benevolence?  What does that say about her tendency to do things in the most harmonious way?

Let’s be blunt, death is a tipoff to a brutal and disturbing fact:  that  nature is deeply addicted to manic mass production of material things, then to throwing those things away.  Nature is hooked on industrialism.  She is also hooked on the industrial production of something that is ephemeral beyond belief—life.  Life that is dear to you and me but to nature is cheap, cheap, cheap.

Think of all the energy, matter, and time that’s gone into making you.  And you and I will be discarded someday.  Thrown away.  By who or what?  By nature.  That is excess.  That is materialism and consumerism. That is waste.    That is a cosmos of throwaways.

More important, does nature get breakthroughs from sex’s vain and flashy waste?  Does nature use mindless bling to break her own rules, to shatter her status  quo, and to reinvent herself?

Let’s reframe our question.  Why do females of thousands of species, including ours, put males through artificial games, competitions that seem very far removed from the basics of life?  Competitions that waste vast quantities of material goods, energy, labor, and ingenuity? Competitions that demand consumerism and vain display? And why do these arbitrary and artificial competitions, these high-priced mating games, work?  What do they contribute to the evolutionary process?

Take, for example, one way in which insects are seized by materialism, consumerism, waste, and vain display:  the evolution of an expensive luxury we’ve looked into before, a perfume.  That perfume allowed female insects to produce an us versus them.  It allowed females a new freedom.  A new choice.  The luxury to follow their tastes.  The luxury to accept only males with one specialized perfume, and to reject those who showed up with the wrong odor.  And this difference in female taste allowed insects to form groups that walled themselves off from each other genetically and  went down different paths.  The paths that led to breakthroughs.  The paths that led to new kinds of bodies.  The paths that led to new genomes—new gene teams.   The paths that led to new kinds of habits. New tactics and strategies.  New ways of making a living.  New ways to turn a poisonous environment into a paradise.   New ways to make a harsh environment warm and friendly.  And entirely new ways to get together in a society.  In the case of orchid bees, euglossine bees, two hundred and fifty different new tactical approaches—two hundred and fifty different species–  With different tongue lengths and different recipes for the perfumes that seduce females.

Occasionally one of these new ways or a network of them will produce a breakthrough.  A radical invention.  A dramatic innovation. And that innovation will carve out a whole new kind of ecosystem.  Like the insect’s invention of wings and flight.  Like the plant’s invention of the flower.  And inventions of this kind radically rework this planet’s landscape To repeat, nature wallows in waste and luxury to reinvent herself.  She produces waste and luxury—materialism and consumerism–to make upheaval and change.  She produces waste to give the finger to entropy.  She produces waste to achieve her most astonishing feat—innovation.

In many species the male himself is a materialist, consumerist excess good for only two things: competition and semen.  Yes, the very existence of the male is an example of materialism, consumerism, waste, and vain display.  A drone in a bee hive does nothing of value.  And he’s expensive. He needs to be fed, housed, and tended to.  That’s why his very name, a drone, has come to be associated with high-cost, lazy humans who relax and do nothing but demand continuous care and upkeep.  So why have males?

At one brief time of the year the males of six to eight neighboring hives are sent out of their hive to the air above a meadow to compete with each other and with the males of other hives.  What prize are these males competing for?  To get their semen into the sperm-storing sacks of queen-bee wannabees.  When a male succeeds, when he manages  to mount and penetrate a female. what’s his reward?  His semen-carrying equipment explodes.  The internal shrapnel is fatal.  Winning is deadly.  The very sex act kills the triumphant male.  And nature literally tosses the male’s body and whatever its living energy may have been away.  At the ritual mating meadow to which neighboring hives send their sexually ripe males and females—their drones and would-be queens—to compete, the bodies of males literally pile up on the ground. Yet the hive gets enough out of this competition to make it worth a steady fifteen percent of the hive’s yearly budget.  But why?

And what do flowers get out of the expensive transport economy, the insect-bee partnership, to which they’ve committed between ten and fifty percent of their budget?  What do flowers get out of increasing the distance their sperm can travel and the precision of its targeting?  What do flowers get out of long-distance mating?  What do they get out of even the most minimal sex, not to mention this extraordinary commitment to cross-species barter with insects.  What do they get out of sexual commerce?   Why not just insert your pollen into your own remarkably convenient stigma, your female organ, and have done with it?  Or why not let the wind carry your pollen to a neighboring flower only a foot or less away?  Or, better yet, why not do away with sex altogether and simply send out shoots and let them plant roots and become new plants, something plants from dumb canes to strawberries do?  Why bother with commerce and exchange?  Why bother with long-distance sexual trade?  What do plants get out of consumerism, materialism, waste, ornateness, and sexual games?  What do they get out of a sexual economy?  Come to think of it, what do birds, bees, and human beings get out of the materialism, consumerism, and vain display of sex?  Why is sex so important?

Your remember gene shuffling—the guy with tattoos all the way down to his wrist on the window seat who ended up in the aisle seat, then who became a part of a whole new gene string?

Look, raw duplication of your self is not why nature drives you to find a mate. None of your kids will look, walk and talk like you.  Not to mention think like you. Thanks to gene shuffling, no individual duplicates his or herself.  Far from it.  Every child is a wild mix.  A shot in the dark.  A mix of something old making something new.  If one of your freak, geek, or rebel children finds others of his or her kind, they will hang out together and these outcasts will have kids.  Kids  whose oddities will be a new normal. Kids whose oddities will be a new antenna for the search engine of the cosmos.  And just possibly a new species.

But here’s the bottom line.  How genes manufacture cells and organisms, organisms of hundreds or trillions of cells, organisms like you and me, is hundreds of orders of complexity beyond what we understand today.  Which means that everyday nature, the nature right under your nose and mine, is so complex that even basics like what life is defy our most advanced scientific understanding.

As we’re about to see in the case of the loony dinosaurs who flew.

Robert Pattinson and Kristen Stewart’s Twilight Audition Was Wilder Than You Thought
Cate Blanchett Opens Up About Turning Down Lucille Ball Role in Being The Ricardos
Artem Chigvintsev Leaving Dancing With the Stars Tour Over “Unexpected Health Issues”
Cummings to be interviewed as part of Downing Street parties investigation
The Gilded Age Review: HBO’s Dull Downton Abbey Retread Is Like Watching Beautiful Paint Dry