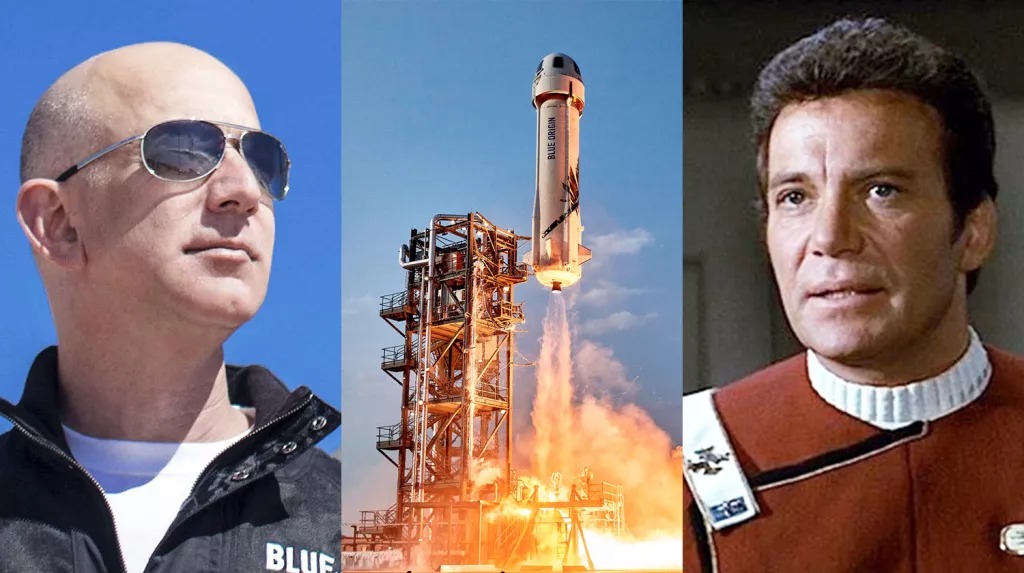 Three weeks ago, Antonio Guterres, secretary general of the United Nations, blasted billionaires for joyriding “to space while millions go hungry on Earth.”

Guterres’ complaint was dead wrong.  What the rich do today, you and I will do in 20 years.

In 1983 only rich people could afford a portable phone.  A Motorola DynaTAC 8000X cost the equivalent of $11,000, weighed two pounds, and only had enough battery life for half an hour of talk. Today even the homeless people in my neighborhood in Brooklyn have portable phones with ten hours of battery life.

And those phones have an additional feature that only mega-corporations could afford in the 1960s.  Computers. Computers millions of times more powerful than the computers NASA used to send humans to the moon in 1969.

Again, what the rich do first, the  rest of us will do in 20 years.

And when the rich pay outlandish sums for something new, they subsidize the manufacturing process that brings that new thing down to you and me.  The rich bought the first Hamilton digital watches in  1981 for the equivalent of over $12,000.  They subsidized the supply chain that gives you or me a smart watch for $40 today.

Switching from gadgets to the depths of soul, Bill Shatner’s experience during his three minutes on the lower fringes of space hit him with an emotional power he never expected.  When he came out of the New Shepherd space craft, he hugged Jeff Bezos who was waiting outside the hatch to greet him.  And at one point Shatner broke out in tears.

The former Star Trek captain said his three minutes in space were the kind of experience that changes your life.  Here are some of his quotes after he returned to earth, ‘Everybody in the world needs to do this,” said Shatner,  “To see the blue color whip by and now you’re staring into blackness…. The covering of blue, this sheath, this blanket, this comforter of blue that we have around, we say, ‘Oh, that’s blue sky.’ And then suddenly you shoot through it all, and you’re looking into blackness, into black ugliness.”

Continued the former Captain Kirk,  “As you look down, there’s your blue down there with the black up there. There is Mother Earth and comfort and there is — is there death? I don’t know. Is that the way death is?’

Concluded Shatner, ‘This air, which is keeping us alive. It’s so thin. It’s thinner than your skin. It’s a sliver. It’s immeasurably small when you think in terms of the universe.  What we’re looking down upon is Mother Earth and it needs protecting’”

Shatner explained to Bezos: ‘I’m so filled with emotion with what just happened. I hope I never recover from this.”

And there’s a reason for the space future that Shatner never said. Space can save the earth.

If you harvest solar power in space and transmit it to earth, you can almost completely eliminate greenhouse gases emitted by energy production.  You can end most of the man-made contribution to global warming.

If you mine the asteroid Psyche 16,  you can produce resources worth more than the entire global economy. And you can end the need to blast away mountain tops to dig for metals, minerals, and even the rare earth elements  we need to manufacture green cars, windmills,  and a green economy.

The bottom line is that a nation that look up goes up.  A nation that looks down goes down.  The space billionaires and passengers like William Shatner are helping us look up.