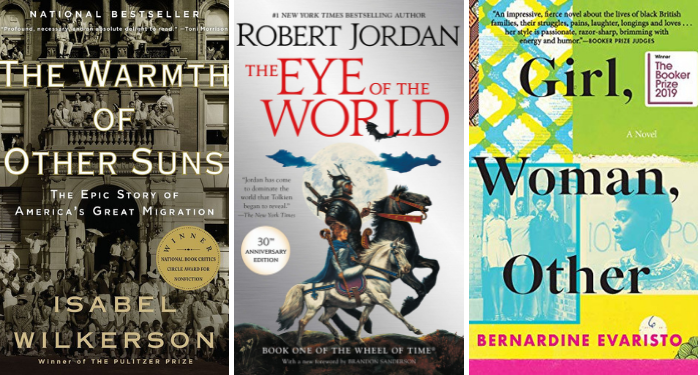 Still Lives by Maria Hummel for $1.99

The Murder at the Vicarage by Agatha Christie for $1.99

Son of the Storm by Suyi Davies Okungbowa for $4.99

Daring Greatly by Brené Brown for $2.99

Eleanor Oliphant is Completely Fine by Gail Honeyman for $1.99

The Kiss of Deception by Mary E. Pearson for $2.99

The Hellion’s Waltz by Olivia Waite for $3.99

Wolf in White Van by John Darnielle for $3.99

Spoiler Alert by Olivia Dade for $1.99

The Refrigerator Monologues by Catherynne M. Valente for $1.99

The Empress of Salt and Fortune by Nghi Vo for $3.99

Ordinary Girls by Jaquira Díaz for $1.99

The Other Emily by Dean Koontz for $4.99

Smoke and Mirrors: Short Fictions and Illusions by Neil Gaiman for $3.99

All Systems Red by Martha Wells for $3.99

The Ocean at the End of the Lane by Neil Gaiman for $3.99