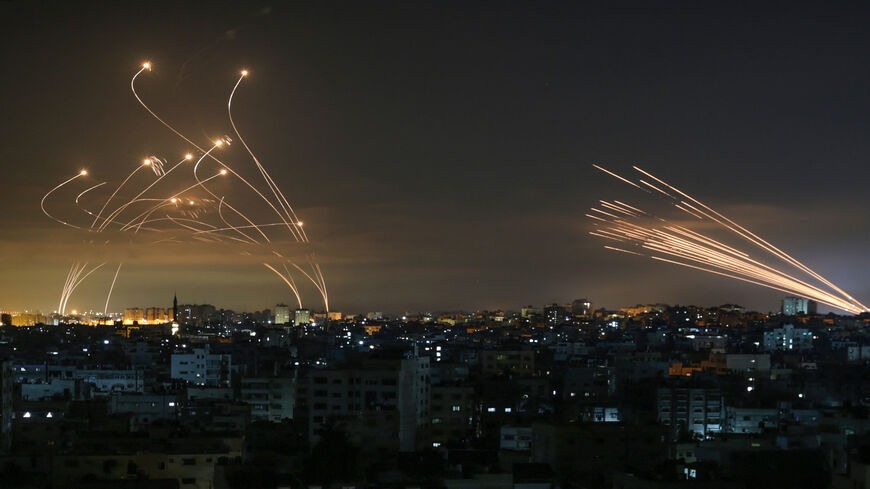 The latest word is that there won’t be a ceasefire between Hamas and Israel until at least Friday.

Says the Jewish News Syndicate, Hamas has just withdrawn from a ceasefire proposal mediated by Egypt.[i] And Benjamin Netanyahu, Prime minister of Israel, has told Joe Biden that by pushing for a ceasefire prematurely, he may be lengthening the time until a ceasefire is possible.  Why?

Because there are facts that the Western media doesn’t tell you.  One is the fact that there are two forces making war.  One force is the Iranian-backed terrorist group Hamas, which rules Gaza and which called on the Arab citizens of Jerusalem to kill Jews in April. in order to incite the current confrontation.

Why did Hamas want to start a war?  The Muslims of Jerusalem and the West Bank are under the government of the Palestine Liberation Organization.  Hamas wants to shove the PLO aside and take over.  To do that, Hamas wants to demonstrate that it, not the PLO, is the defender of Jerusalem’s Muslim community.  So Hamas has attacked Israeli civilians with over 3,700 rockets.[ii]

This means Joe Biden’s leverage for a ceasefire is almost none.  For a simple reason. He can put pressure on Benjamin Netanyahu, but he can’t even talk to Hamas.  And if he did talk to Hamas, he would be hit  with a blunt fact.  Hamas has laid out its conditions for a ceasefire, and those conditions are impossible.

They include a withdrawal of Israeli forces from the Temple Mount.  This cannot happen.  The Jews believe that a key section of the Temple Mount belongs to them.  Despite anything you’ve been led to believe, the Dome of the Rock on the Temple Mount is only a holy site of secondary importance to Muslims.  Islam’s primary holy sites are Mecca and a Jewish city that Mohammed took over in 622 ad through a series of assassinations of Jews, Medina.

But Jews have only one primary holy site on this planet.  It’s the wall of the second Jewish temple.  A temple razed to the ground by the imperialist Romans in 70 ad.[iii]  And a temple  whose wall was further desecrated by the erection on its site of the Dome of the Rock in 685 ad.  To some, the dome of the rock is a grotesque testament to Islamic imperialism, colonialism and violence.

And there’s a second Hamas demand: a cancellation of the eviction of six Arab families from homes owned by Jews for over 150 years. Six families whose leases have ended. These are the evictions that the western press has pretended are a mass expulsion of Muslims from Jerusalem.

Again, why does Hamas want these things?   Because Hamas wants control over Jerusalem and the entire West Bank of the Jordan river.  So it wants to appear to be the only champion of Jerusalem’s Muslims.

Meanwhile, Israel, too, has demands for a ceasefire.  Benjamin Netanyahu says he does not want to stop killing Hamas’ military commanders, destroying Hamas’ rocket manufacturing facilities, and eliminating Hamas’ underground city of military tunnels until Hamas is disarmed.

But disarming Hamas so it can’t attack Israeli civilians with rockets will be hard.  Why? Hamas is backed by Iran and Iran is backed by Russia. Iranian expertise and money will rush in to rebuild Hamas’ killing machine as soon as a ceasefire begins.  And there’s one more twist.

Vladimir Putin told Benjamin Netanyahu in a phone conversation Friday[iv] that Russia has vital military interests in the Middle East and that if those interests are threatened, Putin may be forced to jump into the war. Which could easily make the Hamas war World War Three.

So there’s more at stake in a ceasefire than at first there seems.

Howard Bloom, the author of The Muhammad Code: How a Desert Prophet Brought You ISIS, al Qaeda, and Boko Haram, has appeared on Saudi and Iranian television more than 60 times and has debated one-on-one with senior figures from Hamas and the Muslim Brotherhood on Iran’s Al Alam TV.  The author  of seven books, Bloom has been called the Einstein, Newton, Darwin and Freud of the 21st century by Britain’s Channel 4 TV.