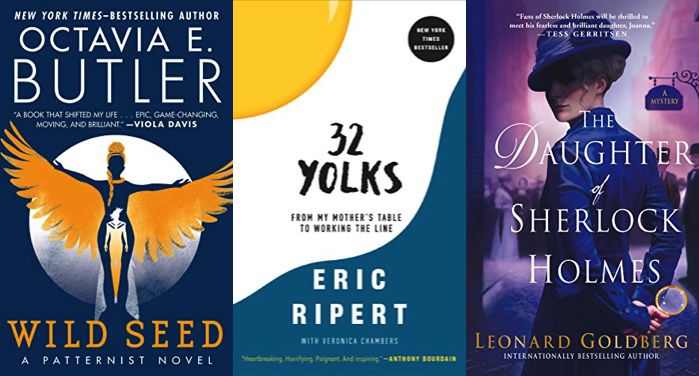 The World According to Fannie Davis by Bridgett M. Davis for $3.99

Horrorstor by Grady Hendrix for $2.99

Daisy Jones & The Six by Taylor Jenkins Reid for $2.99

Night of the Mannequins by Stephen Graham Jones for $3.99

Down Among the Dead Men by Michelle Williams for $1.99

Girl in Disguise by Greer MacAllister for $2.50

Disappearance at Devil’s Rock by Paul Tremblay for $1.99

My Invented Country by Isabel Allende for $2.99

Beneath a Scarlet Sky by Mark Sullivan for $1.99

The Shadows Between Us by Tricia Levenseller for $2.99

Passage West by Rishi Reddi for $1.99

Miss Peregrine’s Home for Peculiar Children by Ransom Riggs for $2.99

The Dinosaur Artist by Paige Williams for $2.99

The Disappearing Spoon by Sam Kean for $3.99

Sawkill Girls by Claire Legrand for $1.99

My Best Friend’s Exorcism by Grady Hendrix for $2.99

Hunted by the Sky by Tanaz Bhathena for $2.99

Animals in Translation by Temple Grandin for $1.99