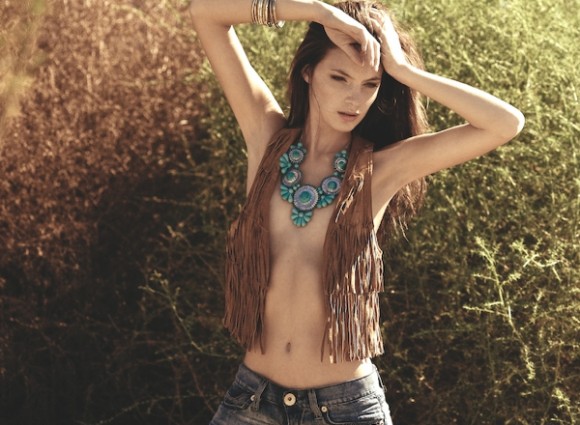 Everything You Know About Nature is Wrong

We Have Radically Misinterpreted Nature.

And That Misinterpretation Is Killing Our Dreams and Poisoning Our Possibilities

But a Radically New and Scientifically Accurate View of Nature

Can Open our Eyes to Powers Beyond Belief.

It’s the most complicated thing in the cosmos. And the most expensive.   It draws us with visions of paradise, but drags us through the agonies of hell. And it has inflicted a biological equivalent of these aches and ecstasies on plants and animals for close to a billion years.  It’s sex.

In this series, I will do my best to show you that three common scientific concepts are wrong:

In fact, I will show you how nature has reveled in these sins for billions of years.  Why?  Because they are tools with which nature creates.

Why is a new view of nature necessary?  Because we are told that we human are about to crash and burn our planet.  And in many ways that may be true.  But it comes from a false understanding.  An understanding that can be toxic to our civilization.  And toxic to our happiness.

Behind this poisoned vision is one of the most incorrect ideas about nature ever to gain control over your mind and mine, a concept that has a headlock on modern science and on those of us who believe in rationality.  It began in 1744 with Pierre Louis de Maupertuis’ Principle of Least Action, an idea he conceived to prove that the universe was designed by God.  An idea that encourages us believe that we live in a chaste and constrained cosmos.  The fact is, we live in just the opposite.  We live in a cosmos that counts on us to reinvent her.  A cosmos that counts on us to help her penetrate new realms of possibility.

De Maupertuis’ mistaken notion was augmented by Lord Kelvin in 1852 when he came up the idea that the universe will die in the random whizzle of what was later called heat death.[i]  The doctrine of heat death said that someday the universe will come apart like a sugar cube in a cup of coffee. Rudolph Clausius took this dismal notion a step farther in his 1865 Second Law of Thermodynamics: the idea of entropy, the notion that the cosmos is constantly falling apart.  And in 1884, Ludwig Boltzmann came up with  mathematical justification for the catastrophic claims of entropy.  But entropy is an idea Clausius’ and Boltzmann got from a metaphor–imagining the universe as a steam engine.  Could something be wrong with using the metaphor of a 200-year old technology, a steam engine, to understand this particular cosmos?

Meanwhile, we are taught to loathe four sins: consumerism, materialism, waste and vain display.  We are told that materialism, consumerism, waste, and flamboyant display are forms of manipulation created by agriculturists, patriarchalists, industrialists, and capitalists.  We are told that these sins are used to manipulate us.  But none of that is true.  Materialism, consumerism, waste, and ostentatious display are tricks of nature. They are techniques that nature has used for over thirteen billion years.  Understanding these “sins” is vital to understanding what we’ve achieved… and to seeing our future possibilities.

The notion that we have raped mother nature is FALSE.    So is the idea that we have reached the limits of our resources and that we are banging our heads against the prison bars known as the limits of growth.   Nature is the opposite of what we imagine her to be. Nature does not demand only that we conserve her past.  Nature demands that we expand her future. Nature demands that we expand her bounds of possibility.

Getting nature wrong has consequences.  Big ones.  The errors in our vision of nature are blinding us.  They are clouding our understanding and playing havoc with our policies.  They are crippling us with a claustrophobic picture of our world.  Far worse, the errors in our vision of nature are killing our dreams and poisoning our possibilities.  They are convincing little girls like the twelve-year-old Greta Thunberg that we live in the age of nightmare and apocalypse.  In fact, the opposite is true.  We live on the verge of the greatest triumphs life on this planet has ever seen.

Why the disconnect? The real cosmos is surprising and far, far different than you and I have been led to believe. This is not a pinch-penny, miserly universe conserving energy and teetering on the brink of disaster.  It is a flamboyant, profligate, creative cosmos marching resolutely toward  higher degrees of intricacy. Nature is not violated by technology.   Technology is her invention.  And nature does not want to sleep forever in some sort of perfect state.  Nature abhors an equilibrium.  Nature is the mother of high-shock innovation—from the creation of stars and stones to DNA.  Nature rebels against her own rules, shatters her status quo, and goes for breakthroughs.  Which means that what we mistakenly call “rape” is one of nature’s favorite techniques.   It is not a bug, it is a feature.

Change scientific tools and a very different nature reveals herself.  Lay out the 13.8 billion year history of the cosmos on a timeline.  Insert the data from every science—theoretical physics, cosmology, chemistry, geology, paleontology, evolutionary biology, and even anthropology, political science, and economics.  Add in the evidence of human history and current events right down to Joe Biden versus Donald Trump.  The result is a timeline that tells a story–the tale of the evolution of the universe, from the Big Bang to what’s going on in your brain as you read this page.  The science in that chronology reveals a very different big picture than the one being preached to you and me.  Nature’s reality is bracing, challenging, brutal, appalling, and exhilarating. And we must wake up to nature’s reality.

Why? Again, because distorted views of nature are poisoning our dreams and killing our possibilities.   And a truer view of nature can set us free.  Nature is the ultimate materialist, consumerist, and generator of waste.  Nature is innovative, restless, rebellious, outrageous, and extravagant. In fact, nature uses trash and litter to innovate.  She uses garbage to carve out startling new possibilities.

One more thing.  A big one.  Nature loves those who oppose her most.  Yes, nature loves those who oppose her most.  Nature adores those who break her laws. And if you learn nature’s secrets, you can be one of those law breakers, a law-breaker who gives nature vast new realms in which to create. That is the vision of nature at the heart of The Case of the Sexual Cosmos.  And it is as anti-conventional as an ice sculpture of god in hell.  Anti-conventional, but true.

[i]  Shortly after the events we have described, Thomson [Lord Kelvin] published ‘On a Universal Tendency in

Nature to the Dissipation of Mechanical Energy’ [13] in 1852 (where in the introductory passage,

Thomson again invokes Carnot as the primary source of thermodynamic thinking). This paper

begins a discussion of startling implication; that the universe is irrevocably heading towards a

state of total dispersion, which was to be known by the 1860s as ‘the heat death of the universe’.