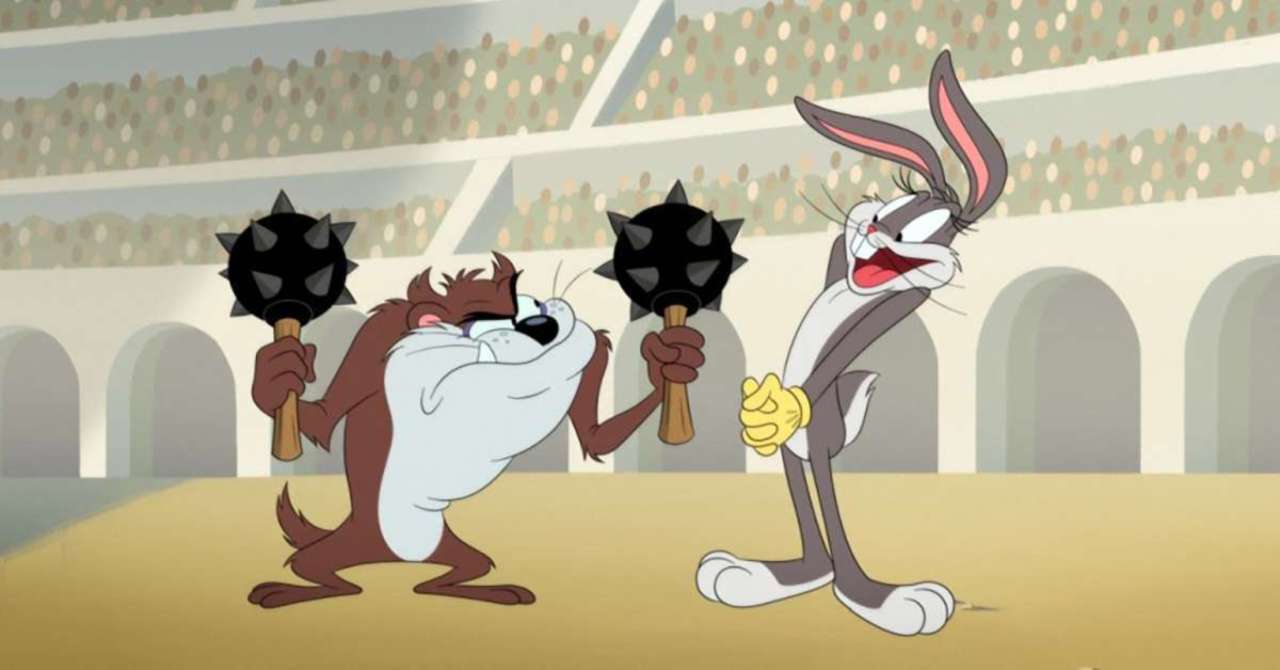 HBO Max has released a clip of the new episodes of Looney Tunes Cartoons debuting on the streaming service on Thursday, January 21st and in it, fan-favorite characters Taz and Bugs Bunny face off in gladiatorial combat, though someone might want to let Bugs know that’s what’s going on. As one might guess, the always ready-to-fight Taz is all in to fight with Bugs, but in classic Looney Tunes style, Bugs doesn’t quite realize what’s going on and the result? Well, you can check out the hilarious hijinks — which Taz definitely doesn’t find so hilarious as he takes the brunt of Bugs’ efforts — in the clip in the video box above.

The episode marks Taz’s HBO Max full-length Looney Tunes debut and, according to the official description, he won’t be the only character that Bugs Bunny faces off with. The short will also see Bugs take on foes such as Elmer Fudd, a leprechaun, Cecil Turtle, and more. There are ten all-new animated episodes in all, with others featuring classic favorites such as Daffy Duck, Porky Pig, and, of course, Wile E. Coyote and Road Runner. You can check out the official description below.

“Taz stars in his first full-length Looney Tunes Cartoons short when he takes on Bugs Bunny in a Roman coliseum. If Bugs makes it out of the arena, there will be plenty of foes waiting to match wits with him including Elmer Fudd, a leprechaun, and Cecil Turtle. Daffy and Porky continue their misadventures from skydiving to solving the mystery of Porky’s missing pants! Fan-favorites Sylvester and Tweety along with Wile E. Coyote and Road Runner also come along for the ride in these ten all-new animated episodes. It’s an all-new year with all-new Looney!”

Looney Tunes Cartoons first made its debut on HBO Max with ten episodes on May 27, 2020. A special, “Bugs Bunny’s 24-Carrot Holiday Special”, debuted on December 3, 2020. The previous ten episodes and the holiday special are all available to stream on HBO Max.

Are you excited for Taz’s HBO Max Looney Tunes debut? What is your favorite Looney Tunes character? Let us know in the comments!