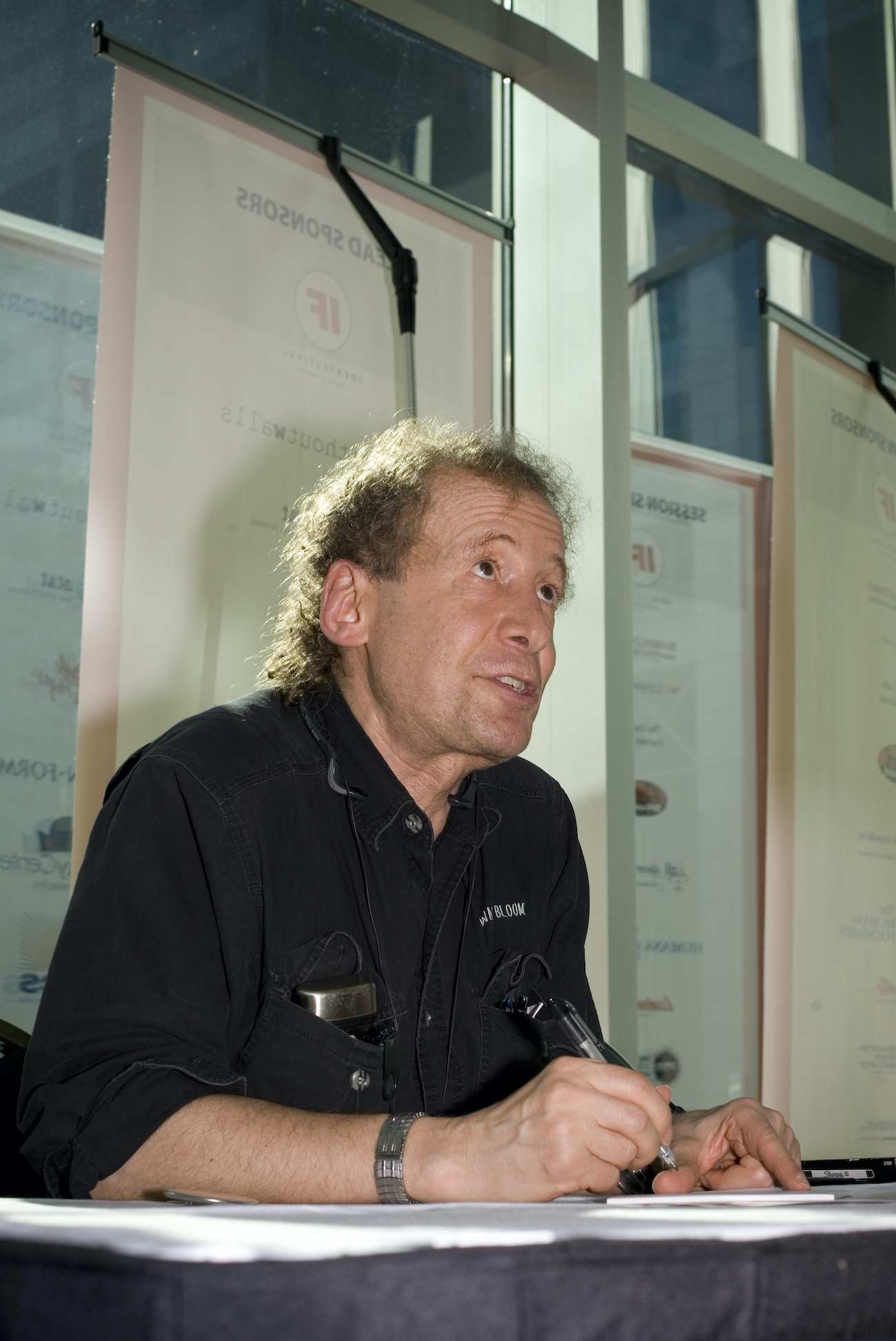 In 2020, the race is on to determine which nation will lead the world, China or the United States.

At the moment, China already looks like the future winner. It’s promoting what it calls a New World Order, an order in which the new top dog is, you guessed it: China. Chinese president Xi Jinping calls this New World Order the Chinese Dream. China means to achieve its dream with two secret weapons.  One is what the Chinese call the Belt and Road. And the other is space.

We call China’s Belt and Road the New Silk Road. The New Silk Road is much, much bigger than it sounds. It’s a $20 trillion project. Yes, you heard that right–-20 trillion dollars. Almost equal to America’s entire yearly economic output. The New Silk Road will connect China with 65 countries and 4.4 billion people by high-speed rail, futuristic ports, high-speed telecommunications, and hi-tech electrical infrastructure, sustainable, green electrical infrastructure. The Belt and Road will pull together Africa, Asia, Europe, and South America, making it possible to get goods from the Guangdong province of China 6,700 miles to the furthest cities of Spain in a mere two days. And the New Silk Road will change the global economy as profoundly as the discovery of the New World changed the global economy in the 1500s.

Then there’s space.  China’s leader for life Xi Jinping has inserted what he calls the China Space Dream[i] into the Chinese constitution.  He wants to utterly dominate space and the new economic bonanzas that space will bring.  He wants China to lead the world in space by 2049, the hundredth anniversary of the founding of the People’s Republic of China.  But he has more near term goals. And they are ominous. By 2035 Xi wants to utterly control the next generation’s energy supply, an energy supply that will eliminate man-made global warming, that will stop the human output of greenhouse gases, that will end the use of fossil fuels for energy production, and that will lift two billion people out of poverty.  That new green energy supply is solar power harvested in space and transmitted to earth using the sort of harmless microwaves employed by your cell phone.  It’s called space solar power.  China already has its first factory dedicated to space solar power components.  America does not.  He who controls space solar power will control the mid-21st century.

The Bible says that without a vision, a nation will perish. Does America have a vision as big as China’s, a vision with which it can ensure that the 21st century remains an American Century? Yes, but the vision that will save us is not coming from Washington DC. It’s coming from Hawthorne, California, and Seattle, Washington. It’s coming from the minds of SpaceX’s Elon Musk and Amazon’s Jeff Bezos.

America’s answer to the New Silk Road is a platinum highway in the sky, an economy in space. What does a platinum highway in the sky mean? One of my NASA-based colleagues, Bruce Pittman, points out that just one asteroid, Amun 3554, has platinum, nickel, and cobalt worth $20 trillion, a figure twice as big as the gross domestic product of Japan, Germany, the United Kingdom, and India combined. Pittman also points out that this asteroid is worth 200 times more than all the gold that America mined in California in the gold rush. In other words, this one asteroid, Amun 3554, is worth as much as all of China’s New Silk Road. And Amun 3554 is rated as “one of the smallest” asteroids in its class.

But the real economic boom in space will come in our children’s time. It will come from developing real estate in space—towns and cities where we can have gardens, parks, and forests. Elon Musk wants to see a city on Mars in his lifetime.  And others imagine massive colonies hung like Christmas tree ornaments in the emptiness of space.  Colonies with 125 square miles of land per colony. Those human outposts will massively accelerate the entire human economy. Why? The real payoff in the California gold rush did not come from gold. It came from selling food, transport, and housing to the miners. It came from selling them clothing, like the denim pants made by Levi Strauss (http://www.levistrauss.com/our-story/). It came from selling them mining equipment like the goods wholesaled by Leland Stanford. It came from selling the miners groceries like the foodstuffs wholesaled by Mark Hopkins. And it eventually came from establishing new industries no one had ever dreamed of before—the industries of Hollywood and Silicon Valley. Wherever you plant humans, you plant an economy.

And in Boca Chica, Texas, Elon Musk and his company, SpaceX, are already building flying prototypes of a spaceship that will carry passengers to their new homes in the heavens.  It’s called the Starship, and it will carry 100 passengers at a time.  Though its real goal is to populate those Mars cities that Musk is determined to plant, it will also allow us to settle humans permanently on the Moon.

But beating the impact of China’s New Silk Road with the benefits of a new space economy won’t be easy. There are two major obstacles. One obstacle is time. China has already taken control of 34 of the world’s major ports and another two thousand minor ports, ports in Asia, Africa, South America, and Europe. And China is upgrading these ports to handle cargos in ways the planet has never seen before. What’s more, China sent its first test cargo of manufactured goods by rail from Asia to Spain roughly two years ago.  And China has launched six satellites to provide GPS and communications to its Belt and Road partners. So, China has already begun delivering on its New Silk Road.

The new space economy—the platinum highway in the sky—has to overcome another problem. The American government spends roughly $20 billion per year on space. But when it comes to putting humans in space, almost all of NASA’s budget is stolen. Senators and Congressmen use manned-space funds to generate jobs in their districts and to pour profits into the pockets of the companies of the Space Military Industrial Complex. In exchange for fat campaign contributions. Congressmen have forced NASA to sink its money into two useless but overwhelmingly expensive projects—the Space Launch System and the Orion spacecraft. What’s wrong with the Space Launch System and the Orion? The Space Launch System is costing almost $30 billion to develop.  Contrast that with Elon Musk’s Starship, whose development will cost less than a billion. But things get worse.  The Space Launch System will cost between one and two billion dollars per launch.  Yes, up to two billion dollars for just one launch. That’s the price of more than twenty launches of a massive rocket from SpaceX, the Falcon Heavy. For the price of one launch of the Space Launch System, you could buy an entire 20-launch Falcon Heavy space program.  But Brian Wang of TheNextBigFuture asserts that the reusability of the Starship will eventually make it possible to buy 2,000 Starship launches for the cost of one Space Launch System takeoff.  Yes, 2,000.[ii] And there’s one more tiny detail. SpaceX’s Falcon Heavy has flown. The Space Launch System was supposed to fly in 2016, but in 2020 it is nowhere near getting off the ground. Then there’s the Orion. The Orion is advertised as the vehicle that will get us to the Moon and Mars.[iii]  But it can’t land on the moon. And it can’t land on Mars. What’s more, it’s too small for a ten-month journey to Mars. But the Orion and the Space Launch System suck over three billion dollars a year out of NASA’s budget. That leaves almost no money to develop what we really need—vehicles that CAN land on the moon and Mars, lunar rovers to find water, lunar mining equipment to turn that water into rocket fuel, and lunar bases where humans can work hard, then kick back and enjoy themselves.

We have to kill the SLS, the Orion and their sister boondoggle, the Lunar Gateway.  We have to use the three billion dollars a year we save to motivate companies like SpaceX, Blue Origin, and whatever firms want to compete with them. We need to put money into Elon Musk’s vision of cities on Mars and Jeff Bezos’ vision of a permanent transport infrastructure in space, a highway in the sky. Not to mention Bezos’ vision of moving heavy industry and mining into the heavens and turning the earth into a residential zone.

Opening the new economy in space—opening America’s platinum highway in the sky– should be a national priority. It’s an issue of national security. It’s our major shot at keeping America from becoming a global has-been. And it’s urgent. I co-founded and chaired the Asian Space Technology Summit in Kuala Lumpur Malaysia three years ago, and I can tell you that in Asian eyes, America already looks like a has-been.

Howard Bloom is the founder of The Space Development Steering Committee. He is the author of seven books, and has published articles or given lectures at scholarly conferences in a dozen scientific fields, from quantum physics and cosmology to evolutionary biology, neuroscience, information science, governance, and aerospace. In 1976, he went on a field expedition into an area he knew nothing about, popular culture, founded the biggest PR firm in the music industry, and worked with artists like Michael Jackson, Prince, Bob Marley, Simon & Garfunkel, and Billy Joel.  He is the subject of the award-winning documentary, The Grand Unified Theory of Howard Bloom.  And his current book is Einstein, Michael Jackson & Me: a Search for Soul in the Power Pits of Rock and Roll.