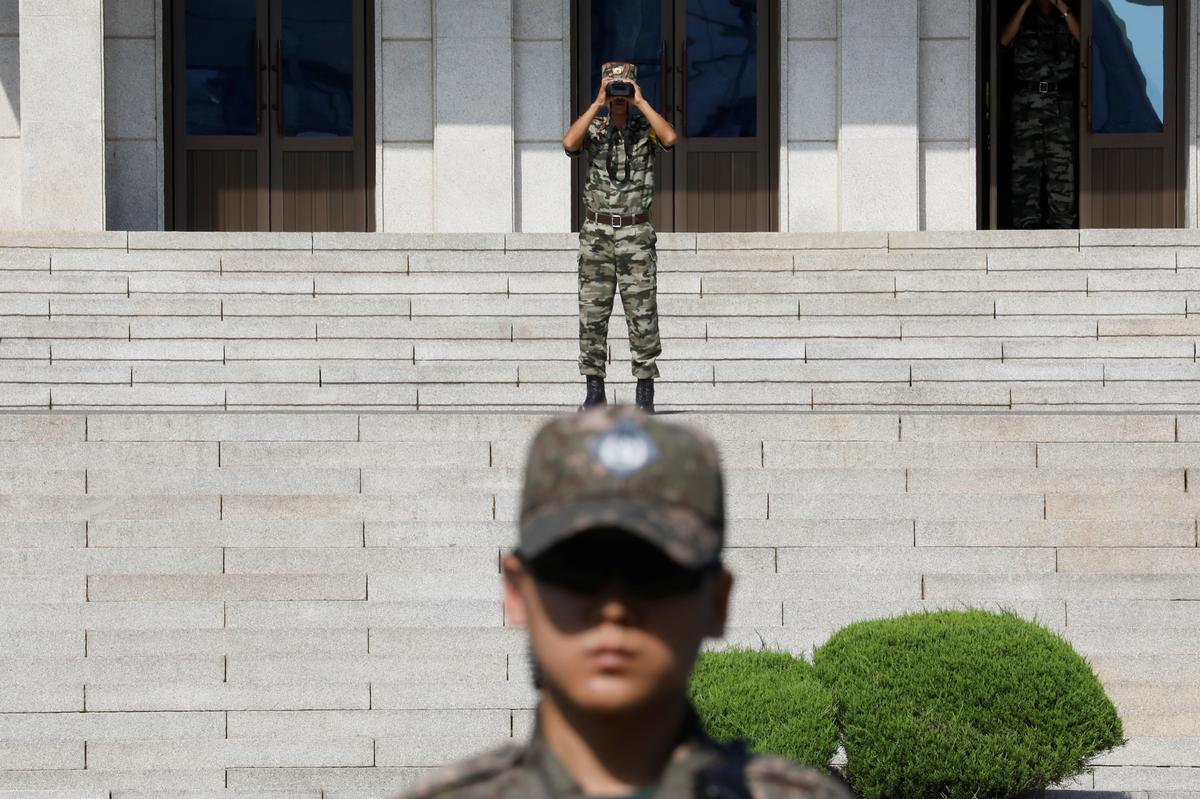 The announcements made by state media agency KCNA came one day after North Korea blew up a joint liaison office set up in a border town as part of a 2018 agreement by the two countries’ leaders, as tensions flare over propaganda leaflets sent by defectors into the reclusive state.

Moon “greatly favours sending special envoys for ‘tiding over crises’ and raises preposterous proposals frequently, but he has to clearly understand that such a trick will no longer work on us,” KCNA said.

“The solution to the present crisis between the North and the South caused by the incompetence and irresponsibility of the South Korean authorities is impossible and it can be terminated only when proper price is paid.”

Any moves to invalidate cross-border peace deals pose a major setback to Moon’s bid for more lasting reconciliation with the North, while complicating efforts to persuade Pyongyang to abandon its nuclear and missile programmes.

Kim Yo Jong also harshly criticised Moon in another KCNA statement, saying he had failed to implement any of the 2018 pacts and had made inter-Korean ties a “U.S. puppet.”

In Monday’s speech, which marked the 20th anniversary of the first inter-Korean summit, Moon expressed regret that North Korea-U.S. and inter-Korean relations have not made progress as hoped but asked Pyongyang to maintain peace deals and return to dialogue.

In a separate KCNA dispatch on Wednesday, a spokesman for the General Staff of the (North) Korean People’s Army (KPA) said it would dispatch troops to Mount Kumgang and Kaesong near the border, where the two Koreas had carried out joint economic projects in the past.

Police posts that had been withdrawn from the heavily fortified Demilitarized Zone (DMZ) will be reinstalled, while artillery units near the western sea border where defectors frequently send leaflets will be reinforced with the readiness alert heightened to the level of “top class combat duty,” the spokesman said.

The North will also restart sending anti-Seoul leaflets across the border, he added.

The KPA said on Tuesday it had been studying an “action plan” to re-enter zones that had been demilitarised under a 2018 inter-Korean military pact and “turn the front line into a fortress.”

Seoul’s defence ministry has urged North Korea to abide by the agreement, under which both sides vowed to cease “all hostile acts” and dismantled a number of structures along the DMZ.