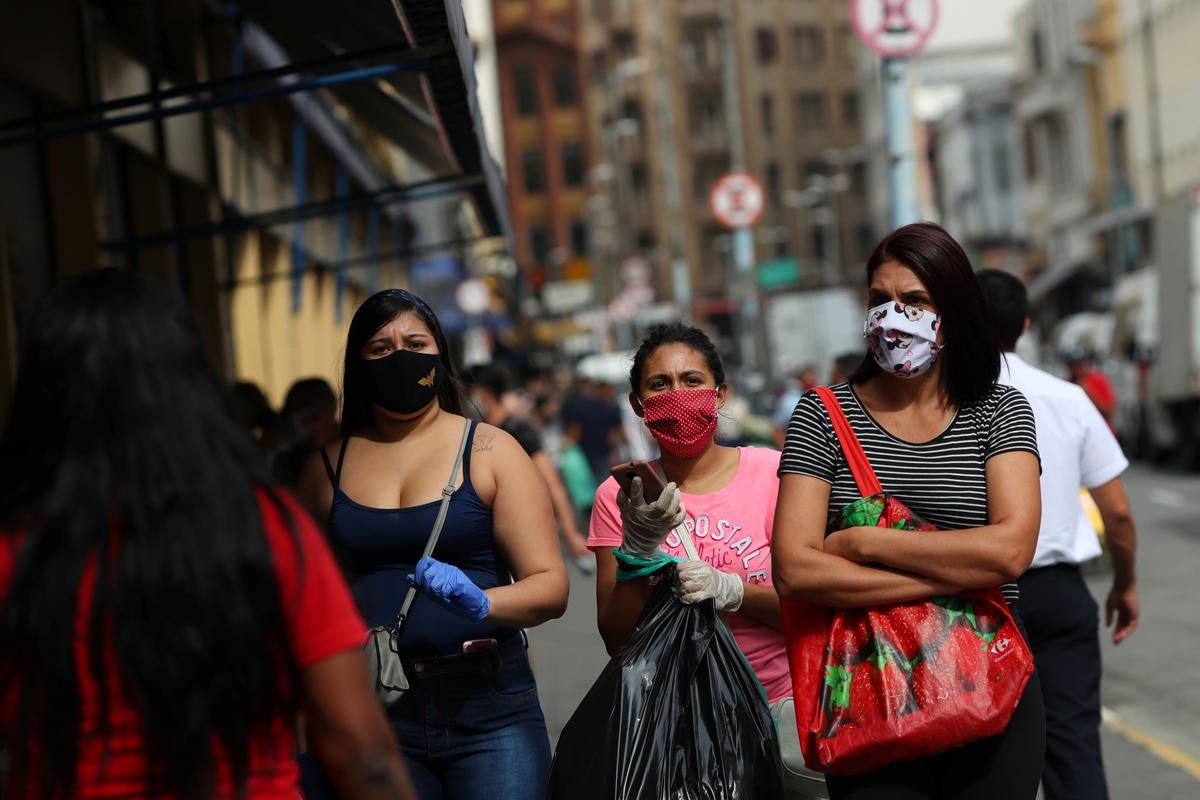 FILE PHOTO: Women wearing protective face masks and gloves carry bags after shopping as the city hall eases restrictions on the first day of open commerce since the beginning of quarantine due to the coronavirus disease (COVID-19) outbreak in Sao Paulo, Brazil, June 10, 2020. REUTERS/Amanda Perobelli/File Photo

BRASILIA (Reuters) – Brazil registered 772,416 confirmed cases of coronavirus on Wednesday, with 32,913 new infections in the last 24 hours, as the world’s second worst outbreak after the United States continued to surge.

With another 1,274 fatalities, the death toll in Brazil has reached 39,680, the world’s third highest after the United States and Britain.

These Are the Perfect Mother-Daughter Films To Watch This Mother’s Day Weekend
VADR Drops Lovesick Trap Hybrid “Away” ft. Oshea Davaun & City Sun [LISTEN]
Book Riot’s Deals of the Day for May 5, 2021
Remember When Bekah Martinez Was Reported Missing? She Finally Tells the “Actual Story”
Grateful Dead’s Cozy Blanket Collection Has Been Restocked