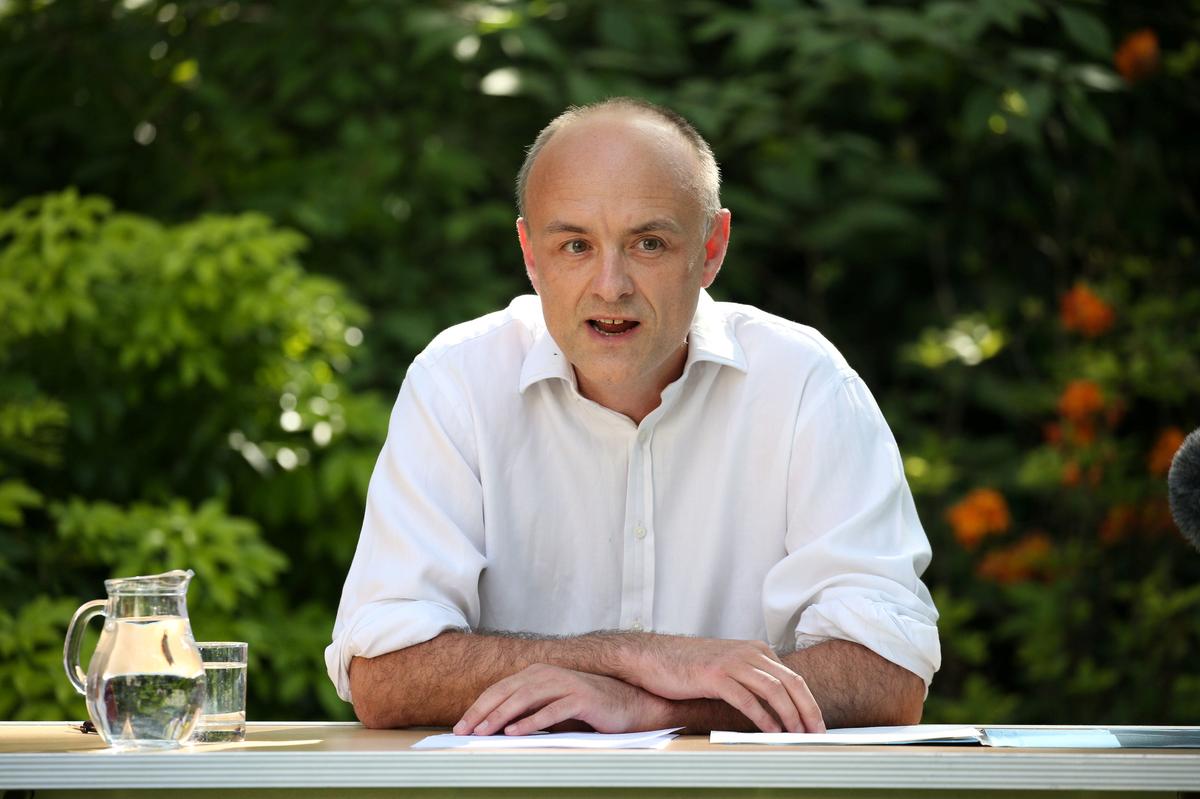 LONDON (Reuters) – British Prime Minister Boris Johnson’s closest aide refused to resign on Monday, saying he had done nothing wrong by driving 250 miles from London to access childcare when Britons were being told to stay at home to fight COVID-19.

Dominic Cummings has faced calls to quit from lawmakers, Church of England bishops, police officers and scientists over his trip to County Durham, northern England, which they said had damaged citizens’ trust in public health messaging.

But he plays a vital role for Johnson, and the prime minister’s own judgment has been called into question for defending him and keeping him in his job, leaving many Britons thinking the rules did not apply to the people in charge.

“I did what I thought was the right thing to do,” Cummings said in response to reporters’ questions after reading a statement defending his decision to travel 400 km to Durham with his wife, who was ill at the time, and his four-year-old son.

“I think … I behaved reasonably,” he said.

Johnson had come out fighting for Cummings at a news conference on Sunday, but his intervention backfired after he failed to provide any detailed justification for his adviser’s actions.

With a growing number of lawmakers from his own Conservative Party openly defying him by calling on Cummings to quit, Johnson asked his trusted aide – who normally stays behind the scenes – to explain himself in public on Monday.

The stakes are high for Cummings, Johnson and the nation. The furore has overshadowed and muddled the government’s public health messaging as the country gradually starts to ease the lockdown.

With a death toll of around 43,000, Britain is the worst-hit country in Europe and the government had already been under pressure over its handling of the pandemic.

In an extraordinary scene in the rose garden at 10 Downing Street, the official prime ministerial residence and office, Cummings, 48, sat at a desk on the grass for an hour, subjecting himself to detailed questions.

The choice of venue underscored Cummings’ power at the heart of government and his importance to Johnson, whom he helped to secure Britain’s exit from the European Union in a 2016 referendum, and later helped to win power.

He said he undertook the trip soon after learning that Johnson had tested positive for the new coronavirus. Cummings’ wife was already ill and he feared if he too fell ill neither parent would be strong enough to care for their son.

He said he decided they should go and stay in an isolated cottage on his father’s farm so that his 17-year-old niece could look after his son if necessary. Cummings did fall ill while they were there, as did his son who briefly went to hospital.

Asked whether he tried to find a childcare option in London before leaving, he said he did not think it would have been reasonable to ask friends to expose themselves to the virus.

Cummings answered questions about whether he had stopped for petrol or for his son to go to the toilet during the long drive.

Whether or not Cummings’ sometimes convoluted explanations win over critics may take time to become clear.

Quizzed about a drive he took with his wife and son from the family farm to a local beauty spot, Barnard Castle, he said his eyesight had been affected by his illness and they wanted to check he would be able to undertake the journey back to London.