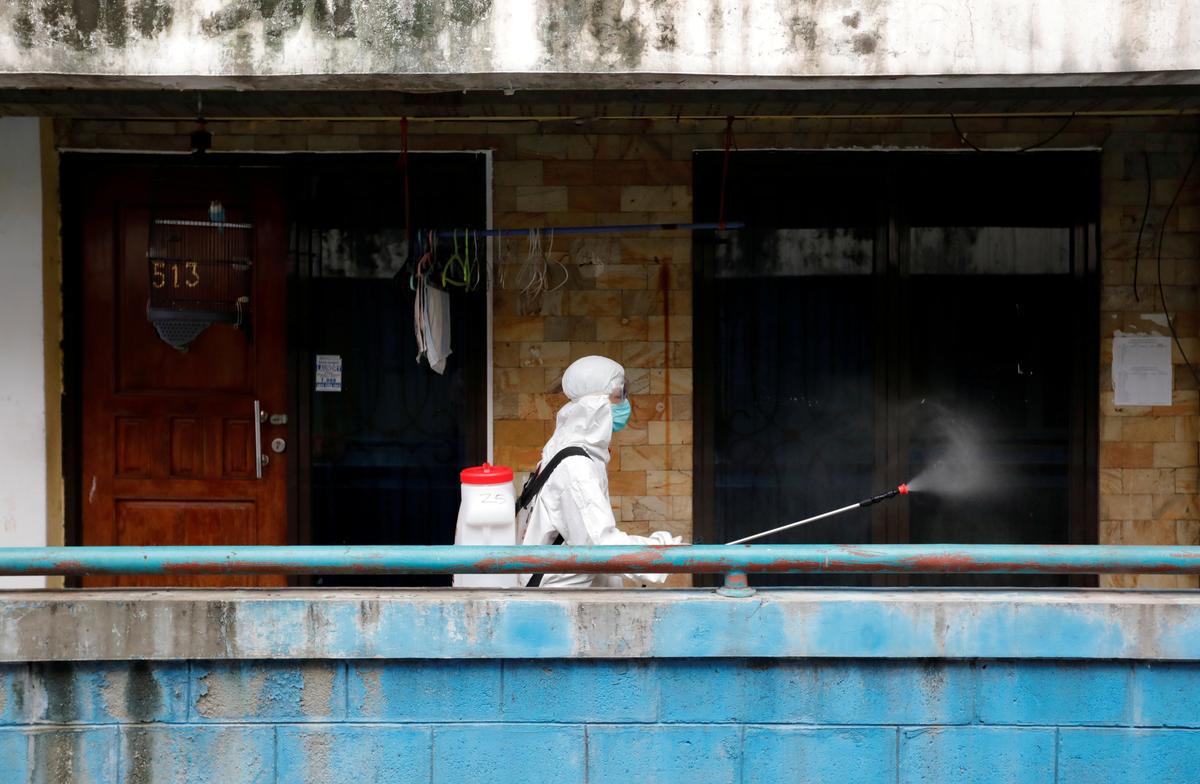 FILE PHOTO: A Red Cross personnel wearing a protective suit sprays disinfectant along a corridor in a densely populated neighbourhood area, amid the spread of the coronavirus disease (COVID-19) in Jakarta, Indonesia, April 4, 2020. REUTERS/Willy Kurniawan

JAKARTA (Reuters) – Indonesia’s health ministry has approved a request by the government of Jakarta to impose large-scale social restrictions in the city to curb the spread of the new coronavirus, media on Tuesday cited a ministry official as saying.

A health ministry spokeswoman, however, subsequently told Reuters that Jakarta’s request has yet to be approved.

Several news outlet, including news website Detik.com, quoted Busroni, who heads the media and public opinion department at the health ministry, as saying the Jakarta government can decide on the restrictions it wants to impose after approval.