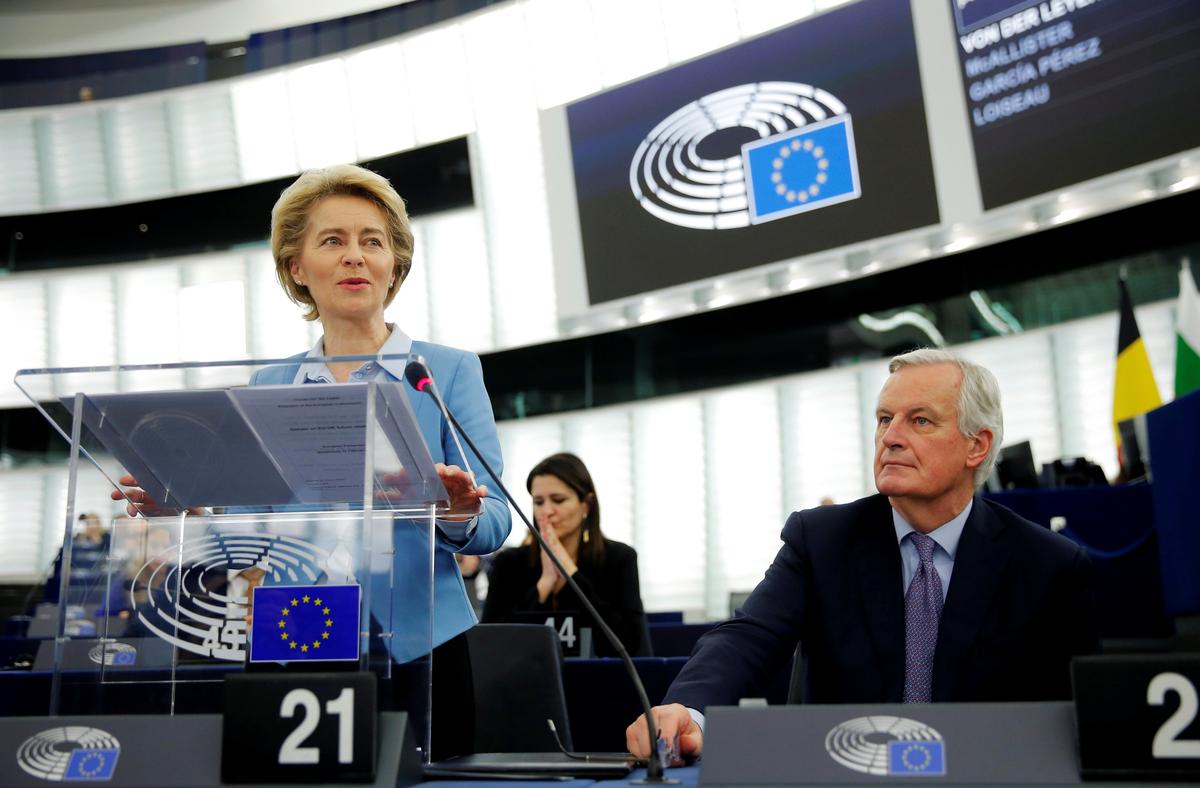 European Commission President Ursula von der Leyen addresses the European Parliament, next to Michel Barnier, European Commission’s Head of Task Force for Relations with the United Kingdom, during a debate on the future partnership with the UK in Strasbourg, France, February 11, 2020. REUTERS/Vincent Kessler

The European Union is prepared to offer Britain unrivalled access to its single market in a trade deal with zero tariffs and quotas, but has insisted that any such rights would have to come with obligations to ensure fair competition.

Von der Leyen, speaking to EU lawmakers in a debate on the EU mandate for negotiations with London, said Britain would need to provide guarantees on social, environmental and consumers standards. However, she stressed that British Prime Minister Boris Johnson also appeared to want similarly high standards.

“This is what we also want. Let us formally agree on these objectives. We can formally trigger an upward dynamic competition that would benefit both the United Kingdom and the European Union,” Von der Leyen continued.

EU lawmakers broadly agreed EU-UK ties should promote as open markets as possible, but this had to be rules-based.

“Boris Johnson cannot have his cake and eat it,” Dutch liberal lawmaker Sophie in ‘t Veld told the assembly.

The EU’s chief negotiator Michel Barnier said the openness of the EU market would be proportionate to commitment on a “true level playing field”.

He added that Britain should not be under any illusion that market access for financial services would be given on a permanent basis. It would, he said, be based on equivalence and this would be something the EU would assess alone.

The two sides, Barnier said, were due to start “very difficult” talks next month with a very tight goal of reaching agreement by the end of 2020.

The European Parliament, which will need to approve any final deal, is due to vote on Wednesday on a resolution backing the Commission’s negotiating mandate.