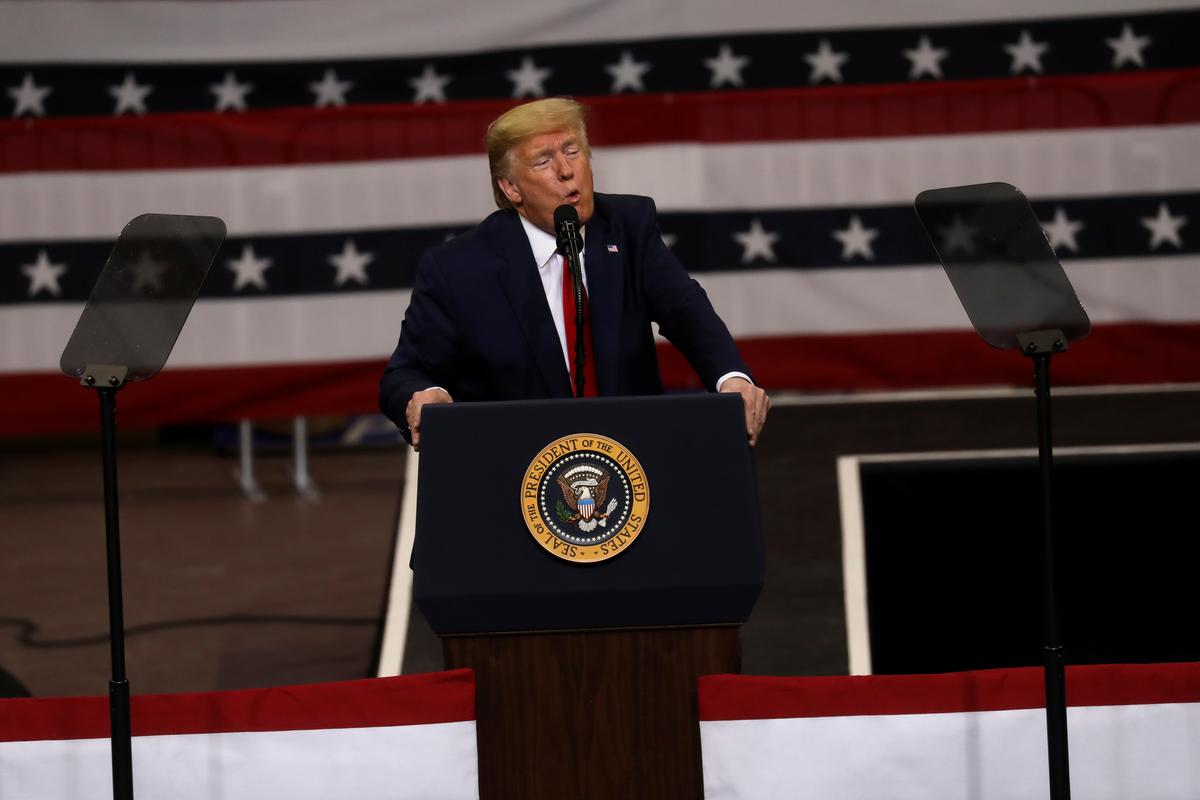 DES MOINES, Iowa (Reuters) – U.S. President Donald Trump campaigned on Thursday in Iowa – the state that kicks off the presidential nominating race next week – basking in the support of his base while the U.S. Senate trial considering his impeachment continued in Washington.

Reviving some of the most polarizing speech lines from his 2016 campaign and mocking his potential Democratic opponents, Trump regaled the crowd with a series of campaign promises, including revamping the U.S. healthcare system and continuing to build a wall along the country’s southern border with Mexico.

Democratic contenders for their party’s nomination to challenge Trump in the November election face their first electoral test in the Iowa caucuses on Monday. Trump, who is seeking a second term, is expected to easily win the Republican caucus.

His campaign, regardless, is making a show of force in the state and several of his supporters, including both of his adult sons, will be in the state on Monday.

Trump’s speech on Thursday was squarely focused on the general election. He won Iowa in 2016 and Democrats are not expected to invest many resources trying to flip it back to their column this year.

But Democrats have dominated the airwaves in Iowa for the past year, making Trump the focus of their appeals to the state’s Democratic voters.

Trump renewed a 2016 campaign promise to make Mexico pay for a wall along the U.S.-Mexico border, a vow he made daily while campaigning the first time but has rarely mentioned since taking office.

“Illegal aliens from Mexico are going to pay for the wall … through remittance, 100 percent,” Trump said.

He also revisited a line from his 2016 campaign, maligning some migrants trying to enter the United States as criminals.

Fresh from signing a new trade agreement with Mexico and Canada on Wednesday and a separate pact with China earlier this month, the president said the Democrats would be bad for Iowa’s farmers – warning they would “kill your cows.”

“If we don’t win, your farms are going to hell,” he said.