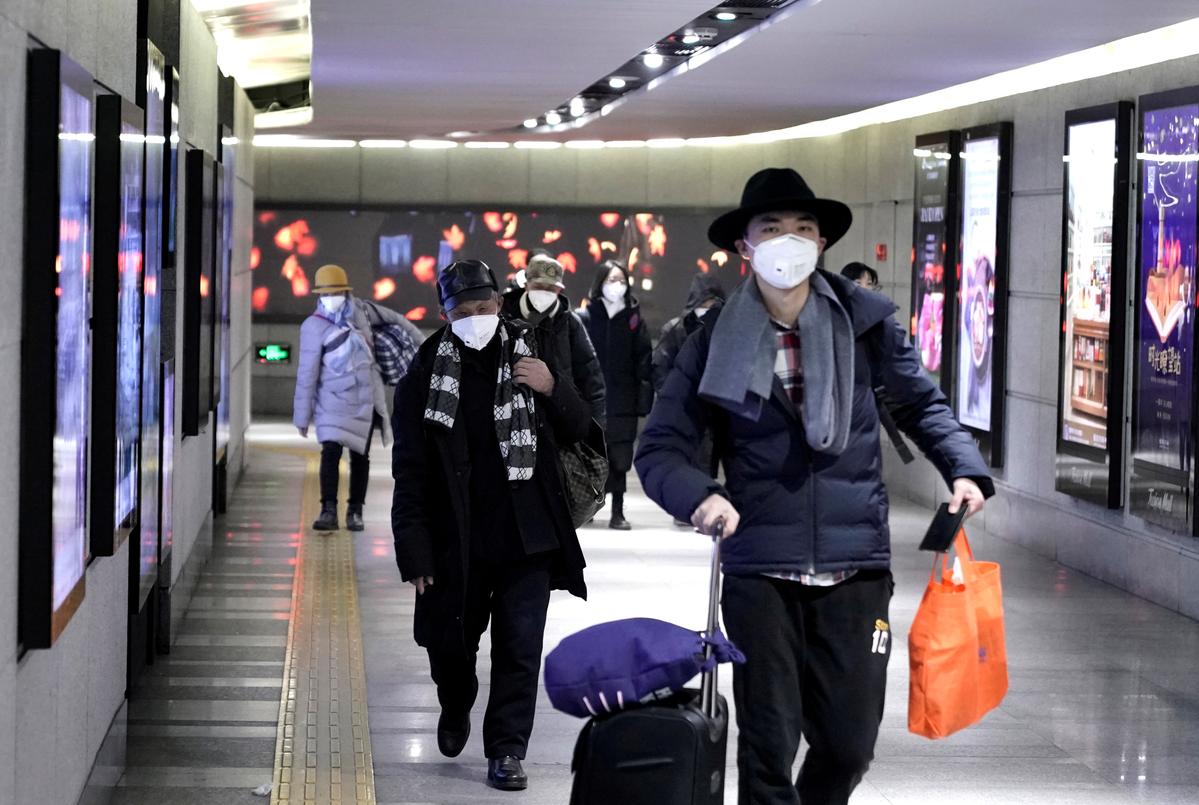 (Reuters) – An outbreak of a new coronavirus that began in the central Chinese city of Wuhan has killed 17 and infected nearly 600 people globally.

Global health authorities fear the transmission rate will accelerate as hundreds of millions of Chinese travel at home and abroad during the week-long Lunar New Year holiday.

China’s National Health Commission confirmed 571 cases and 17 deaths at the end of Jan 22.

Thailand reported four cases, and South Korea, Japan, Taiwan and the United States one each. Patients in these cases were either residents of Wuhan or recent visitors to the city.

Chinese authorities are trying to determine the origin of the virus, which they say came from a market in Wuhan where wildlife was traded illegally. The World Health Organization (WHO) says an animal appears most likely to be the primary source.

China’s National Health Commission Vice Minister Li Bin told reporters on Jan. 22 there was evidence of respiratory transmission of the virus from patient to patient. Chinese authorities say 15 medical staff have been infected.

Some experts say the virus may not be as deadly as other coronaviruses such as Severe Acute Respiratory Syndrome (SARS), which killed nearly 800 people during a 2002-2003 outbreak also originating from China.

There is no vaccine for the new virus, which China says is mutating. Symptoms include fever, cough and difficulty in breathing.

Chinese authorities shut down all urban transport networks and suspended outgoing flights from Wuhan, as of 0200 GMT Thursday, and urged residents not to leave the city and advised against travel into the city. Authorities are also cutting the city off from highways, according to state media reports.

They have also stepped up monitoring and disinfection efforts ahead of the Lunar New Year break that starts on Jan. 24.

Airports in the United States and Britain, as well as many Asian countries, including Japan, Thailand, Singapore and South Korea, stepped up screening of passengers from Wuhan. Russia strengthened sanitary and quarantine controls at entry points.

Taiwan advised people not to visit Wuhan unless absolutely necessary and suspended Wuhan tourist groups from visiting the island. Britain, Singapore and Australia also have advised against all but essential travel to the city.

The WHO sent directives to hospitals around the world on infection prevention and control. The U.N. body will decide on Thursday whether to declare the outbreak a global emergency.