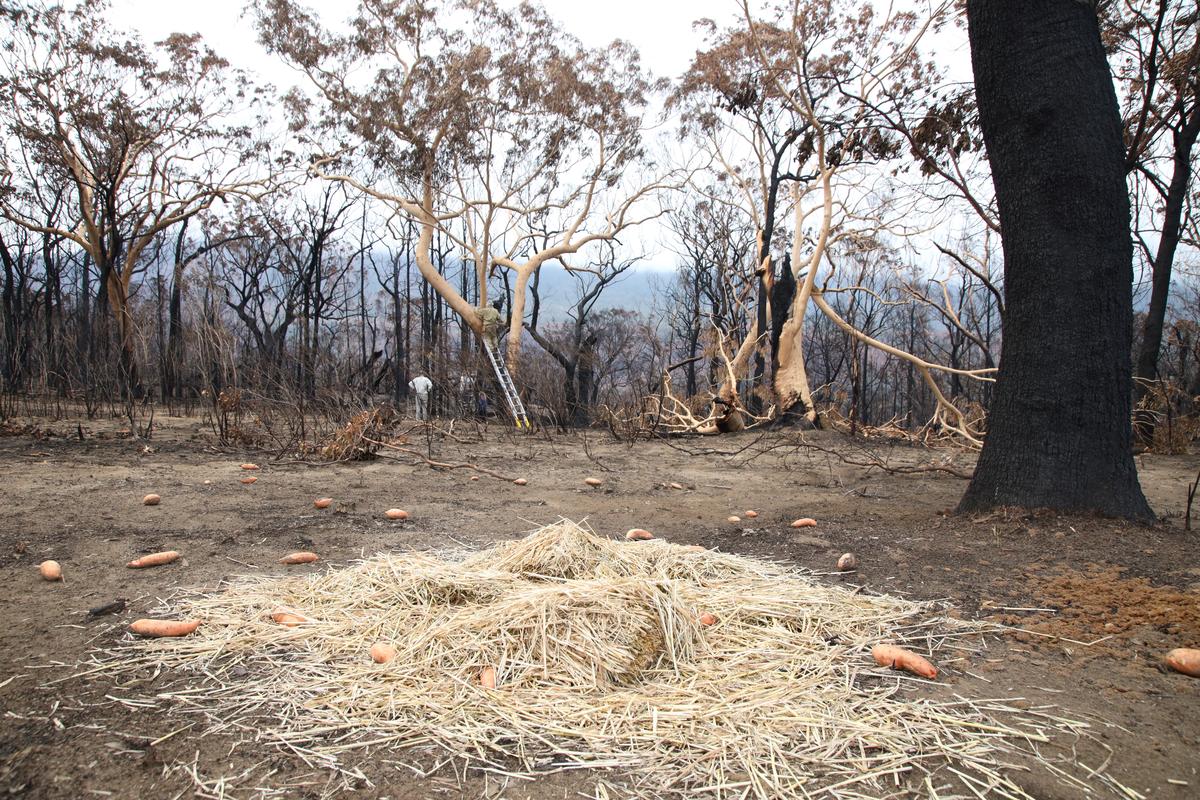 KANGAROO VALLEY (Reuters) – Hard-hit businesses in Australia’s blaze-ravaged Kangaroo Valley are calling for tourists to return now that the wildfires are under control, and fear firms and jobs will be lost unless the all-clear message is heard.

Hay and sweet potatoes are seen spread out on the ground for local animals as volunteers install a possum nest box in an area devastated by bushfires in Kangaroo Valley, Australia January 19, 2020. REUTERS/Angie Teo

The tourism industry estimates the fires that raged throughout the holiday season have already cost it almost A$1 billion ($688 million).

Kangaroo Valley, a wildlife haven 150 km (93 miles) south of Sydney, was badly affected as video of blazing forests went global and scared away holidaymakers both from home and abroad.

Now, several days of rain and a break in the heat wave have reduced the number of active fires across the country’s densely populated southeast.

“A lot of tourists were told not to come because of the bushfires risk,” says Andi Santos, a resident who is organizing a fundraising dinner for the town.

“That risk is now totally over. And it’s really important that people come and support our community so that our businesses can continue.”

Traditionally the weeks starting from November to New Year are the busiest time for the area, which lost more than 30 homes to the flames.

“I just have to have faith and help (to) actually support my employees,” says restaurant owner, Monique Moul, who has seen business halve in the last few weeks.

In the town center flanked by dozens of wooden single-storey shops and houses, holidaymakers have slowly started to make their way back.

“The quicker we come back to support them, then they will survive. If not, some may not do so,” said Sam Thoma, a traveler from Sydney.

Australia’s government over the weekend pitched in with millions in aid for the tourist industry, which accounts for more than 3% of the country’s annual economic output and one in every 13 jobs.

While rain and cooler weather in recent days have eased the fire risk, authorities warn hotter conditions are set to return later in the week.

(This story has been refiled to fix byline)