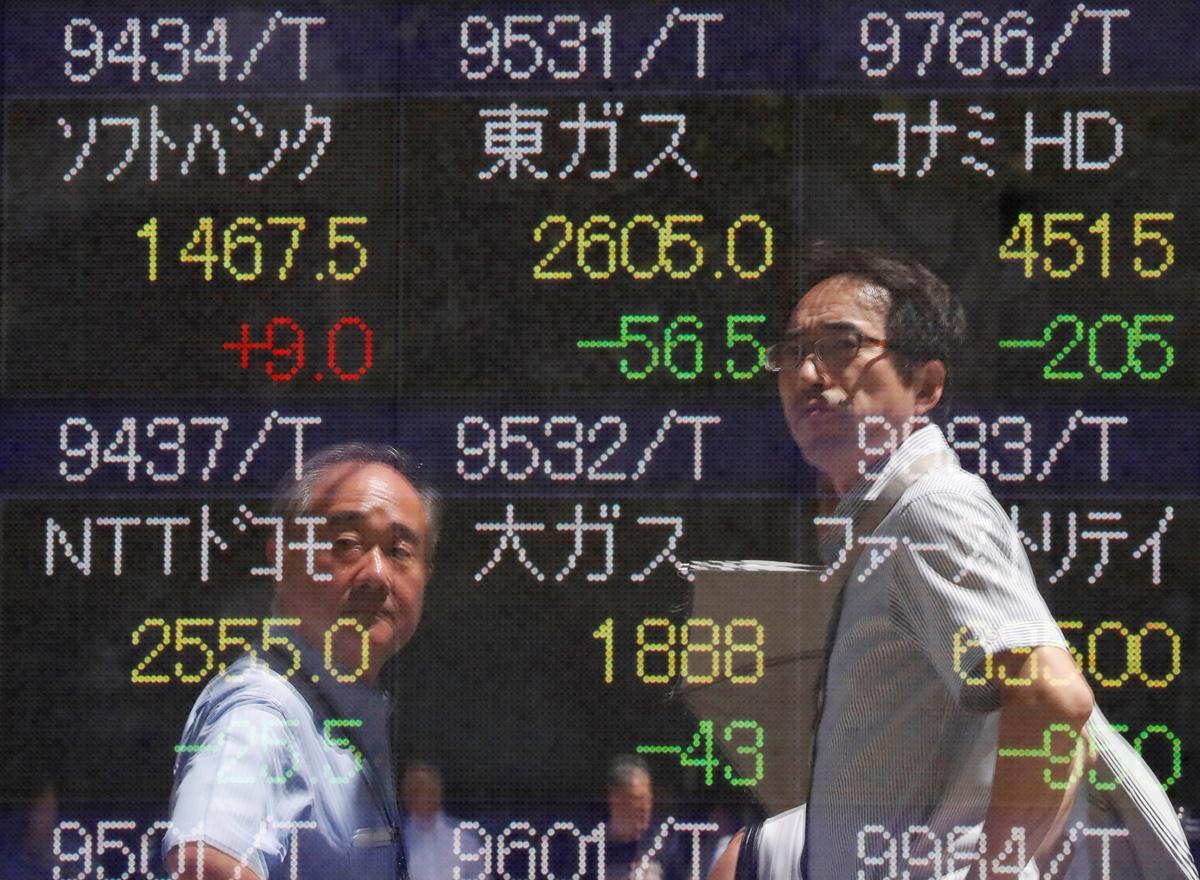 NEW YORK (Reuters) – The dollar and global stock markets fell on Monday after U.S. President Donald Trump said he would restore tariffs on some imports from Brazil and Argentina, while a drop in new U.S. factory orders in November to their lowest since 2012 deepened the decline.

European shares posted their biggest daily drop in two months as the threat of tariffs overshadowed data that showed the Chinese and euro zone economies were stabilizing.

Investors worried it would only be a matter of time before Trump targets Europe again. MSCI’s gauge of global stock markets had approached a record high last week on expectations Beijing and Washington will hammer out a “phase one” trade deal this year.

The dollar posted its biggest slide against the euro since mid-September as the weak U.S. manufacturing data and an unexpected drop in U.S. construction spending in October rekindled worries about a slowing economy.

Data from the Institute for Supply Management (ISM) showed the U.S. manufacturing sector contracted for a fourth straight month in November as new orders slid.

“It’s a number of reasons coming in all at the same time,” Razaqzada said. “But with the stock markets at record high levels, this is always going to happen. Markets go up in stairs and then on the way down, it’s an elevator.”

The major U.S. indexes last week hit record highs while MSCI’s index of equity markets in 49 countries rose to one point below an all-time high established in January 2018.

ISM said its index of U.S. factory activity dropped 0.2 point to a reading of 48.1 in November. A reading below 50 indicates contraction in factory output, which accounts for 11% of the U.S. economy. The index needs to break below 42.9 to signal a recession.

The dollar dropped from six-month highs against the Japanese yen and slid to a two-week trough versus the euro after the U.S. manufacturing report.

The rally in equities has been predicated on economic recovery and Monday’s data belied that trend, said Jack Ablin, chief investment officer at Cresset Capital Management in Chicago.

Holiday sales, however, may provide the market upside.

“There’s going to be plenty of good news to go around,” Ablin said. “We could get some really solid news to carry this market at least for the next week or so,” he said.

A Commerce Department report that showed U.S. construction spending unexpectedly fell in October as investment in private projects tumbled to its lowest level in three years also weighed on markets.

Oil jumped above $61 a barrel, supported by hints that the Organization of the Petroleum Exporting Countries and its allies may agree to deepen output cuts at a meeting this week and as rising Chinese manufacturing activity suggested stronger demand.

Passersby are reflected on a stock quotation board outside a brokerage in Tokyo, Japan, August 6, 2019. REUTERS/Issei Kato

Benchmark German bond yields jumped across the board, with 10-year yields DE10YT=RR up more than 7 basis points to -0.273%, their highest in nearly three weeks.