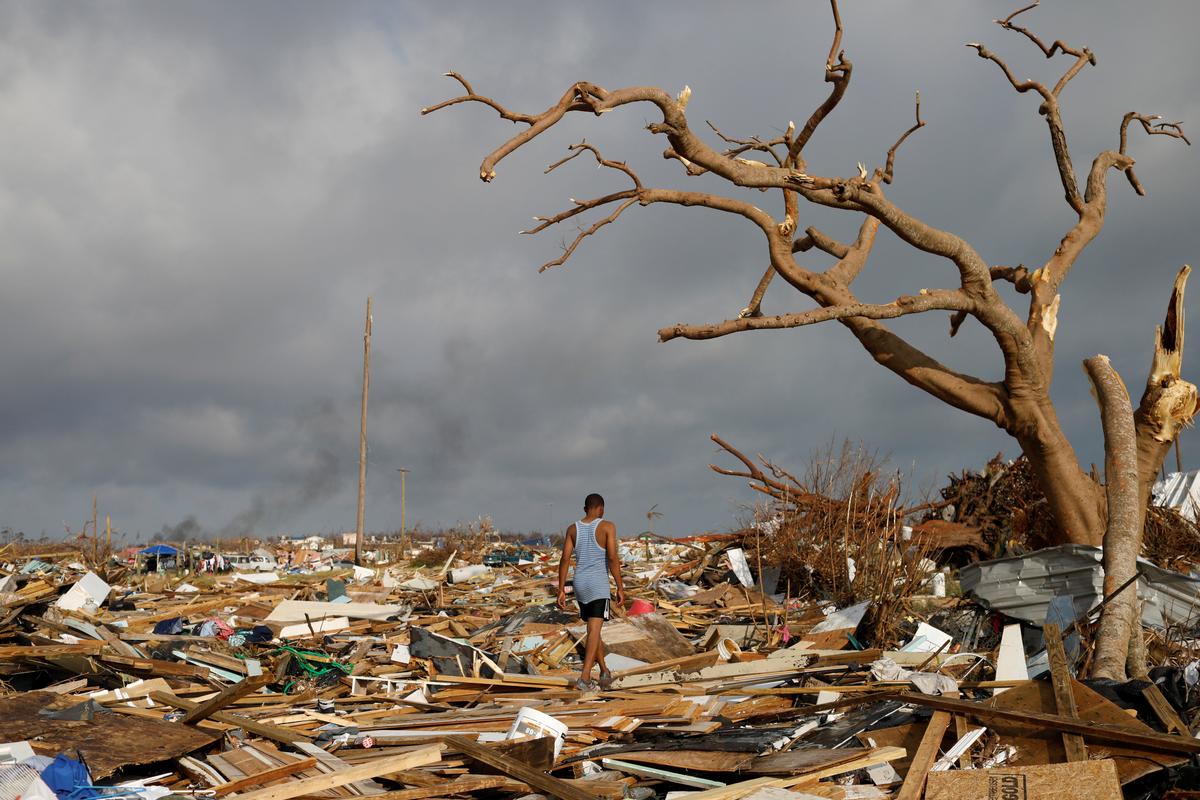 NASSAU, Bahamas (Reuters) – Hundreds of people fled the Bahamas island of Great Abaco by boat on Friday and thousands more tried to get on a cruise ship leaving neighboring Grand Bahama to escape the catastrophic aftermath of Hurricane Dorian.

The most powerful hurricane on record to hit the Bahamas swept through the islands earlier this week, leveling entire neighborhoods and knocking out key infrastructure, including airport landing strips and a hospital.

Hundreds, if not thousands, are still missing in the country of about 400,000 people, and officials say the death toll, which stands at 30, is likely to soar as more bodies are discovered in the ruins and floodwaters left behind by the storm.

In Freeport, witnesses said thousands crowded the port to try to get on a Bahamas Paradise Cruise Line ship offering free passage to Florida to those with necessary U.S. immigration documentation.

A boat with 250 evacuees left battered Abaco and arrived in Nassau, the capital of the Bahamas, which is located on New Providence island to the west and was less affected. Another with hundreds aboard was on its way, National Voice of the Bahamas radio reported, citing a spokesman for the country’s National Emergency Management Agency (NEMA).

Approximately 200 people were also evacuated from Abaco Friday on Bahamasair flights, according to a NEMA spokesperson who declined to be named.

“Free air evacuations on Bahamasair from Abaco started (Thursday) and will continue until all Grand Bahama and Abaco residents who want to leave are off the islands,” Prime Minister Hubert Minnis said in a tweet.

Four survivors told Reuters on Thursday they had been charged $75 for a seat on a Bahamasair flight from Abaco to Nassau. “I thought a relief flight would be free,” said Anthony Thompson, 27, who said he paid the fare for himself, his wife and his sister. “I thought wrong.”

A Bahamasair official, who requested anonymity, told Reuters the airline was collecting its customers whose flights had been canceled during the hurricane. To the extent extra seats were available, it was offering to ferry others off Abaco “at cost,” the official said.

Bahamas Health Minister Duane Sands said there had been “a tremendous loss of life” in Abaco’s main city of Marsh Harbor.

The medical chief of staff at Princess Margaret Hospital in Nassau said two refrigerated, 40-foot trucks would be needed to hold the bodies that were expected to be found. “We’ve ordered lots of body bags,” said Dr. Caroline Burnett-Garraway.

Those injured by the storm, which at one point was a Category 5 hurricane on the five-step Saffir-Simpson scale of intensity, were treated for fractures, head injuries, lacerations, skin rashes and dehydration.

Near an area called The Mudd in Marsh Harbour, the commercial hub, a Reuters witness described a devastating scene, with most houses leveled, a man lying dead near a main street and dead dogs in water. Some residents were leaving the area with meager possessions, while others were determined to remain.

The U.S. Coast Guard, working with NEMA, has rescued 295 people since Dorian began, the U.S. embassy in Nassau tweeted.

Relief groups are focusing on getting doctors, nurses and medical supplies into the hardest-hit areas and helping survivors get food and safe drinking water.

The risk of outbreaks of diarrhea and waterborne diseases is high because drinking water may be contaminated with sewage, according to the Pan American Health Organization, which described the situation for some people on Abaco as “desperate.”

The United Nations estimated 70,000 people were in immediate need of food, water and shelter on the islands. The U.N. World Food Programme is airlifting storage units, generators, prefab offices, and satellite equipment as well as 8 metric tonnes of ready-to-eat meals.

A Reuters witness saw widespread looting on Abaco, with people breaking into supermarkets and liquor stores.

Wendy Hawkes, whose home on Abaco was largely destroyed, described seeing neighbors standing outside their front doors with shotguns to ward off looters.

The relief effort faces formidable logistical challenges because of the widespread destruction caused by Dorian, which hovered over the Bahamas for nearly two days with torrential rains and fierce winds that whipped up 12- to 18-foot (3.7- to 5.5-meter) storm surges.

Dorian briefly made landfall on the Outer Banks of North Carolina on Friday with winds of 90 miles per hour (150 kph). It was heading toward Canada where it was expected to bring hurricane-force winds to parts of Nova Scotia by Saturday evening, the U.S. National Hurricane Center said.