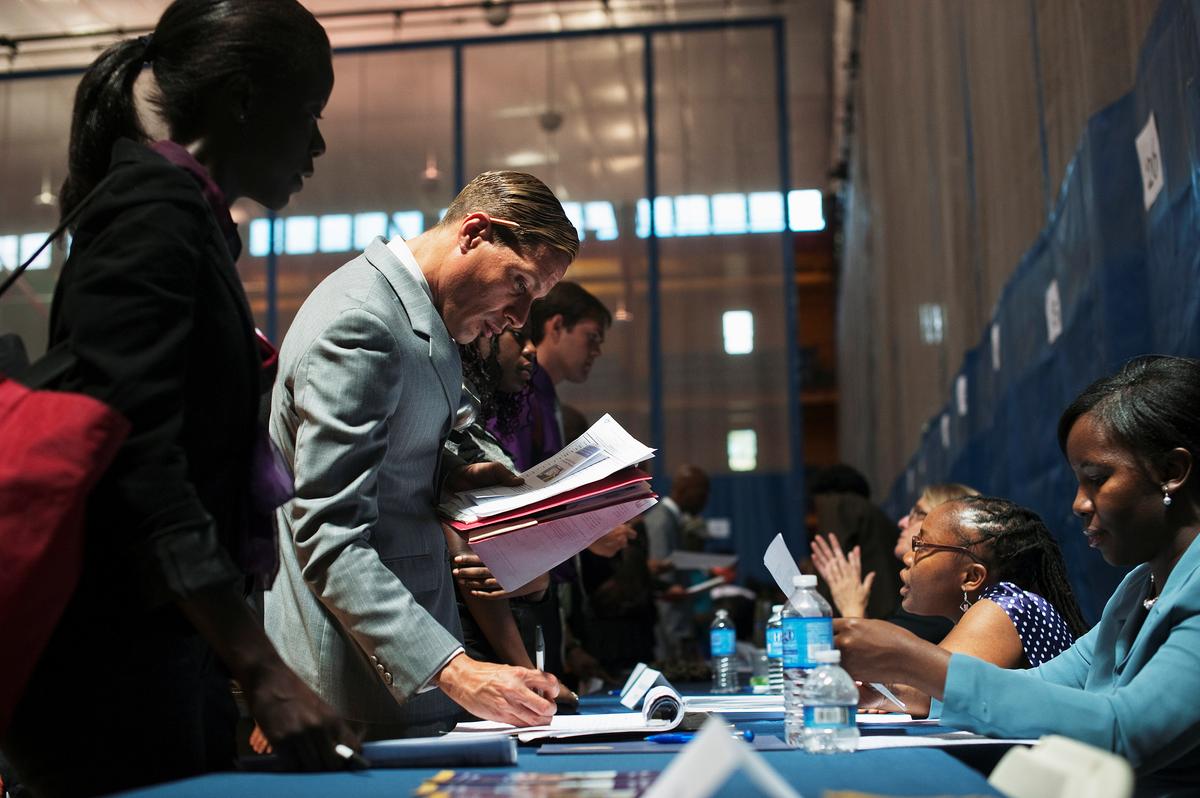 The Labor Department’s closely watched monthly employment report on Friday also showed a rebound in the workweek after it shrunk to its shortest in nearly two years in July, suggesting that companies were not laying off workers.

Economists said the report was consistent with an economy that was slowing, but probably not flirting with a recession as has been signaled by financial markets, especially an inversion of the U.S. Treasury yield curve. The economy’s waning fortunes have been blamed on the Trump administration’s year-long trade war with China, which has eroded business sentiment and plunged U.S. and global manufacturing into recession.

“The softening in job growth should surprise no one but it doesn’t mean the economy is headed toward a recession right away,” said Joel Naroff, chief economist at Naroff Economic Advisors in Holland, Pennsylvania. “Households still have the income to keep spending.”

Nonfarm payrolls increased by 130,000 jobs last month, flattered by temporary hiring of 25,000 workers for the 2020 census. The economy created 20,000 fewer jobs in June and July than previously reported. Economists polled by Reuters had forecast payrolls rising by 158,000 jobs in August.

President Donald Trump shrugged off the slowdown in job growth, tweeting “Good Jobs Numbers,” and claiming that “China is eating the Tariffs.”

U.S. House of Representatives Speaker Nancy Pelosi, a Democrat, said the employment report offered “little comfort in an economy faltering under the Trump administration’s reckless agenda to undermine the health, financial security and well-being of the American people.”

Washington and Beijing slapped fresh tariffs on each other on Sunday. The duties are paid by U.S. companies importing the goods. While the two economic giants on Thursday agreed to hold high-level talks in early October in Washington, uncertainty over trade lingers.

The Federal Reserve is expected to cut interest rates again this month to offset the drag from the trade impasse on the longest economic expansion in history. The U.S. central bank lowered borrowing costs in July for the first time since 2008.

A seasonal quirk could account for last month’s less-than-expected increase in employment. Over the past several years, the initial August job count has tended to exhibit a weak bias, with revisions subsequently showing strength.

But slower job growth is also in line with sharp declines in both the Institute for Supply Management’s manufacturing and services industries employment measures in August.

Job gains have averaged 156,000 over the last three months, still above the roughly 100,000 per month needed to keep up with growth in the working age population. The unemployment rate was unchanged at 3.7% for a third straight month in August as 571,000 people, the most in 10 months, entered the labor force.

The dollar slipped against a basket of currencies. U.S. Treasury yields fell. Stocks on Wall Street were trading higher.

Job growth has been slowing since mid-2018. Economists say it is unclear whether the loss of momentum in hiring was due to ebbing demand for labor or a shortage of qualified workers.

The government last month estimated that the economy created 501,000 fewer jobs in the 12 months through March 2019 than previously reported, the biggest downward revision in the level of employment in a decade. That suggests job growth over that period averaged around 170,000 per month instead of 210,000.

The revised payrolls data will be published next February.

Average hourly earnings gained 0.4% last month, the largest increase since February, after rising 0.3% in July. The annual increase in wages dipped to 3.2% from 3.3% in July as last year’s surge dropped out of the calculation.

Wage growth has held at or above 3.0% for 13 straight month, helping to drive consumer spending and the economy.

The workweek rebounded after dropping to its lowest level in nearly two years in July. The average workweek rose to 34.4 hours in August from 34.3 hours in July. A measure of hours worked, which is a proxy for gross domestic product, increased 0.4% after falling 0.2% in July.

“This is indicating that firms aren’t yet reducing labor input at the intensive margin,” said Michael Feroli, an economist at JPMorgan in New York.

The labor force participation rate, or the proportion of working-age Americans who have a job or are looking for one, increased to 63.2% last month from 63.0% in July. The employment-to-population rate increased two-tenths of a percentage point to 60.9%, the highest since December 2008.

But a broader measure of unemployment, which includes people who want to work but have given up searching and those working part-time because they cannot find full-time employment, rose to 7.2% from a more than 18-year low of 7.0% in July.

The slowdown in hiring last month was across all sectors, with the exception of government, which was boosted by recruitment for the 2020 census.

Private payrolls rose by only 96,000 jobs in August. Leading the slowdown was manufacturing, where employment rose by a tepid 3,000 jobs last month after increasing 4,000 in July. Manufacturing has ironically borne the brunt of the Trump administration’s trade war, which the White House has argued is intended to boost the sector.

Employment growth in manufacturing has averaged 6,000 jobs per month this year compared with 22,000 in 2018. The manufacturing workweek rose 0.2 hours to 40.6 hours in August, but factories continued to reduce overtime for workers.

Construction payrolls increased by 14,000 jobs last month after slipping by 2,000 in July. Retail employment dropped by 11,100 jobs, extending a decline that started in February.

Government employment jumped by 34,000 jobs. There were increases in professional and business services, healthcare, leisure and hospitality, financial activities and wholesale trade employment.