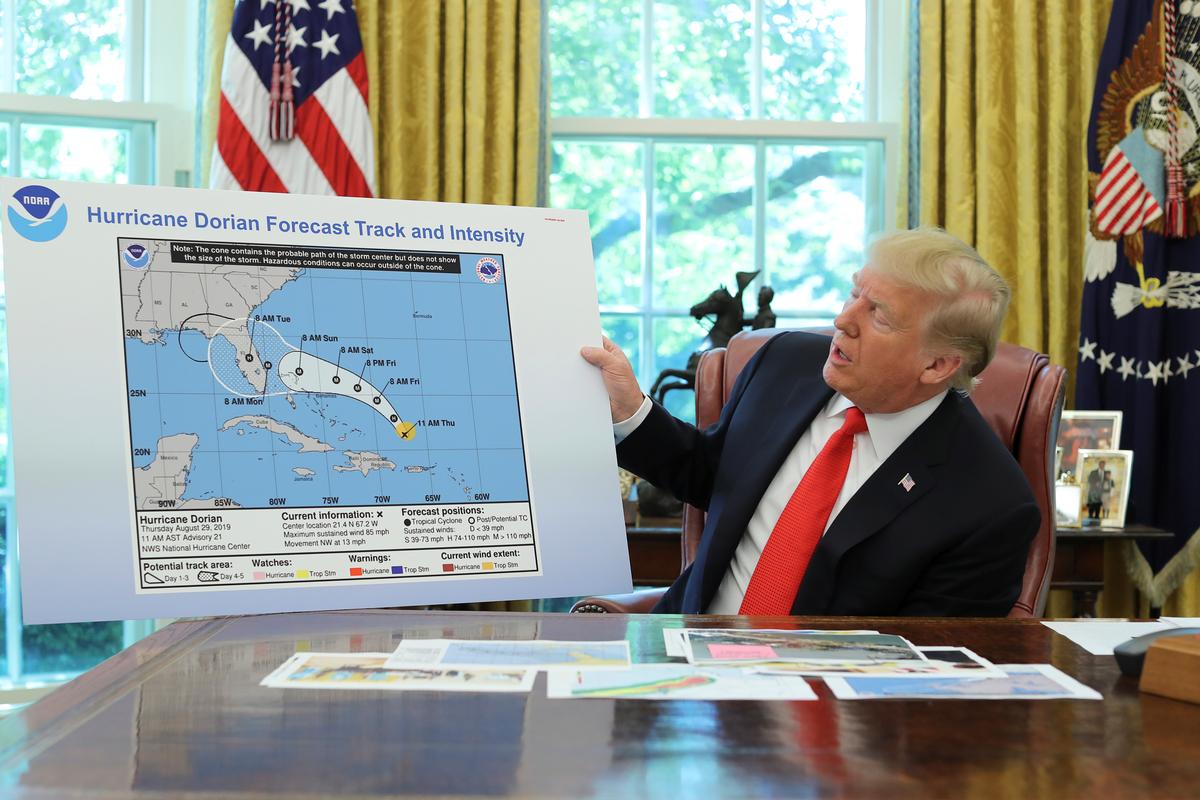 U.S. President Donald Trump looks at a tracking forecast map on Hurricane Dorian as he receives a status report on the storm in the Oval Office of the White House in Washington, U.S., September 4, 2019. REUTERS/Jonathan Ernst

WASHINGTON (Reuters) – U.S. President Donald Trump showed a map of Hurricane Dorian’s projected path on Wednesday that appeared to have been altered with a Sharpie pen to include the state of Alabama, which was never in harm’s way.

In a White House video released on Wednesday Trump points to an official weather chart dated Aug. 29 showing the states that could be hit in what the National Hurricane Center calls the “cone of uncertainty.” A curved line had been added to the cone on the chart to show a risk that Dorian could move from Florida to Alabama.

“It was going to hit not only Florida, but Georgia, it could have, it was going towards the Gulf, that was what we, what was originally projected…,” Trump says in the video.

Dorian was never projected to be heading toward the Gulf of Mexico, where Alabama has a coastline.

Trump at the weekend in a tweet had named Alabama as one of the states that could be hit. The National Weather Service denied that in its own tweet 20 minutes later.

“Alabama will NOT see any impacts from #Dorian. We repeat, no impacts from Hurricane #Dorian will be felt across Alabama. The system will remain too far east,” the National Weather Service in Alabama tweeted.

When reporters later asked Trump whether the chart had been drawn on with a Sharpie pen, the president said: “I don’t know; I don’t know.”