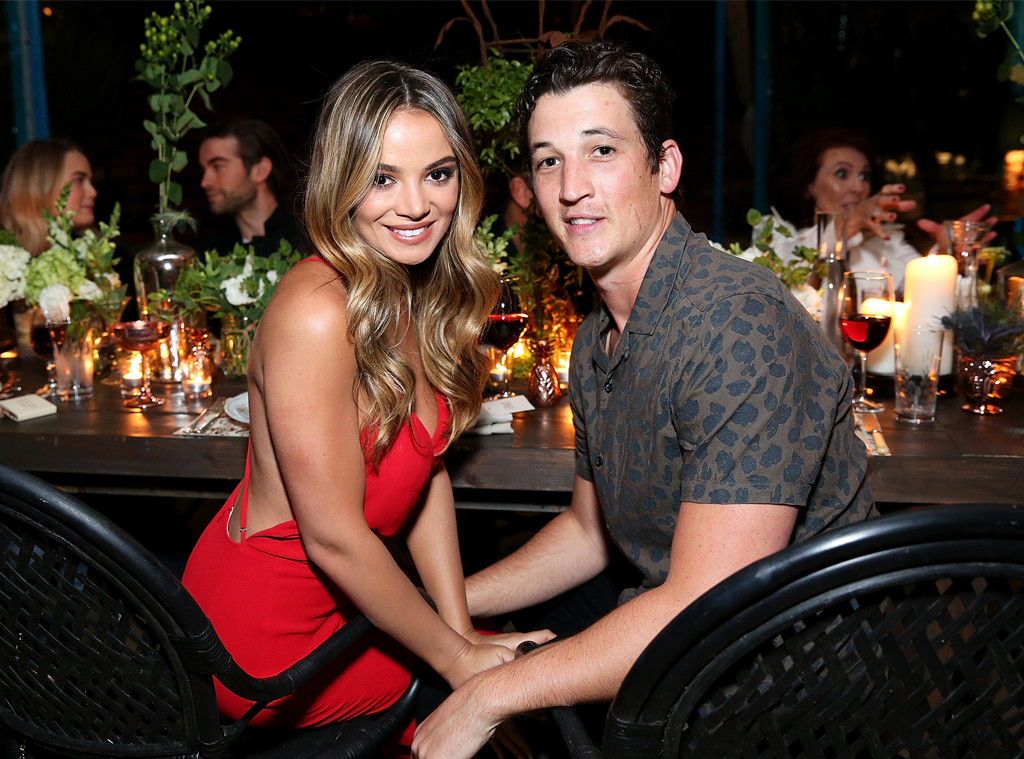 Miles Teller is a married man.

The actor of Whiplash and Spectacular Now fame tied the knot with his longtime girlfriend, Keleigh Sperry, over the weekend in Hawaii, E! News can confirm.

While they’ve been dating since May 2013, the bride and groom’s road to the aisle officially began in August 2017 when the star proposed to Sperry after a morning sunrise safari in Africa, topped off with a love note and rose. “She watches The Bachelorette and stuff…she felt like she had won because she had a final rose,” he told Jimmy Fallon back in October 2017.

“It was a beautiful and intimate proposal,” a source shared with E! News at the time. “They couldn’t have asked for a more beautiful African setting!”

Considering the two have been together through Teller’s rise to fame, the actor previously explained how they’ve managed their romance with his Hollywood career.

“With her it’s been pretty easy because—right now her full-time gig is kind of being with me,” he told E!’s Will Marfuggi.

“Before her, I would never invite a girl into that world because I didn’t think I could have both, but she’s allowed me to be able to really focus on acting, do what I want to do. She can come to set and visit me and hang out and doesn’t really distract me from it.”

Behind the scenes, Sperry has kept fans updated on their life together via frequent posts on Instagram, including snaps of a recent romantic trip to Italy.

“40 more years of luck in love if you kiss in the cave,” she captioned a photo of them kissing in a boat on the water in May. “Here’s to you 66.”

Congratulations to the newlyweds! We’re wishing them infinite years of luck in love.

Gunman suspected of killing six at Fourth of July parade in Chicago arrested
More than 100 live animals found in women’s luggage
How To Directly Impact Democracy: Book Censorship News, July 1, 2022
Disgraced MP Chris Pincher ‘incredibly drunk’ on the night he is alleged to have groped two men
Motorists arrested for driving too slowly in protests against high fuel prices