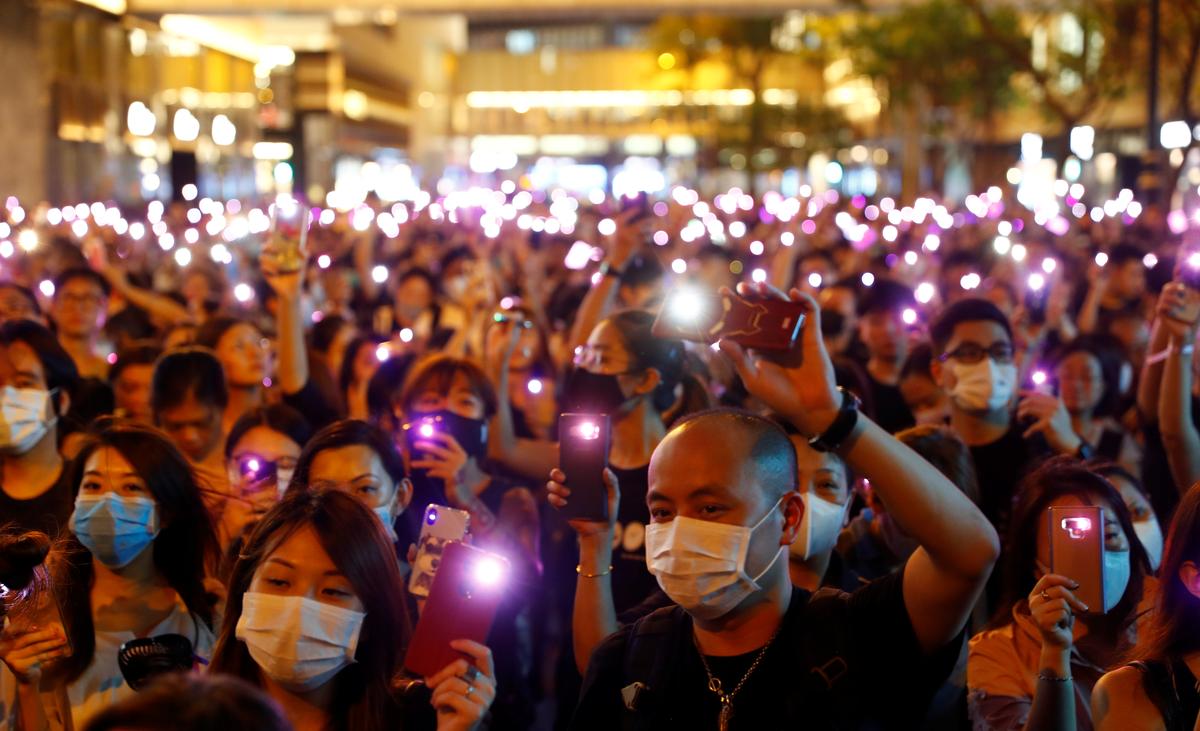 HONG KONG (Reuters) – China rotated troops in its People’s Liberation Army garrison in Hong Kong on Thursday, days before protesters planned to hold a march calling for full democracy for the Chinese-ruled city after three months of sometimes violent demonstrations.

Chinese state media described the troop movement in the early hours as routine and Asian and Western diplomats watching PLA movements in the former British colony had been expecting it.

But, even if routine, the timing is likely to hit nerves in the “special administrative region” of Hong Kong, which returned to China in 1997.

The Chinese statement last year said the number of soldiers and amount of equipment of the troops stationed in Hong Kong “was maintained with no change”.

That was not in Thursday’s announcement.

The military has completed a routine troop rotation in Hong Kong, with air, land and maritime forces having entered the territory, the report said.

Observers estimate the Hong Kong garrison numbers between 8,000 and 10,000 troops split between bases in southern China and a network of former British army barracks in Hong Kong.

China has denounced the protests and accused the United States and Britain of interfering in its affairs in Hong Kong. It has sent clear warnings that forceful intervention is possible.

Beijing warned again on Tuesday against foreign governments interfering in the Hong Kong protests, after the G7 summit of leaders of seven industrialized nations called for violence to be avoided.

Hong Kong leader Carrie Lam has also not ruled out the possibility her administration could invoke emergency powers to quell the protests. She said in a news briefing on Tuesday that violence was becoming more serious but was confident the government could handle the crisis itself.

Xinhua said: “The Hong Kong Garrison of the Chinese People’s Liberation Army conducted the 22nd rotation of its members in the wee hours of Thursday since it began garrisoning Hong Kong in 1997.

“Approved by the Central Military Commission, the move is normal routine annual rotation in line with the Law of the People’s Republic of China on Garrisoning the Hong Kong Special Administrative Region, which stipulates that ‘the Hong Kong Garrison shall practice a system of rotation of its members’.”

The Civil Human Rights Front, the organizer of previous mass protests in Hong Kong that they said attracted up to two million people, plans a rally from Central to Beijing’s main representative office in Hong Kong on Saturday. Police refused permission for the march on Thursday, but the group said it would appeal.

The protest would mark five years since Beijing ruled out universal suffrage for Hong Kong. Activists targeted the representative office in July, daubing anti-China slogans on its walls.

The protests come as Hong Kong faces its first recession in a decade, with all its pillars of growth under stress.

Unrest escalated in mid-June over a now-suspended extradition bill that would have allowed people to be sent to mainland China for trial in Communist Party-controlled courts.

It has since evolved into calls for greater democracy under the “one country, two systems” formula under which Hong Kong has been run since 1997, guaranteeing freedoms not enjoyed on the mainland that include an independent judiciary.

The protests have posed the biggest challenge for Communist Party rulers in Beijing since President Xi Jinping took power in 2012.

Beijing is eager to quell the unrest before the 70th anniversary of the founding of the People’s Republic of China on Oct. 1, when Xi will oversee a large military parade in the Chinese capital.