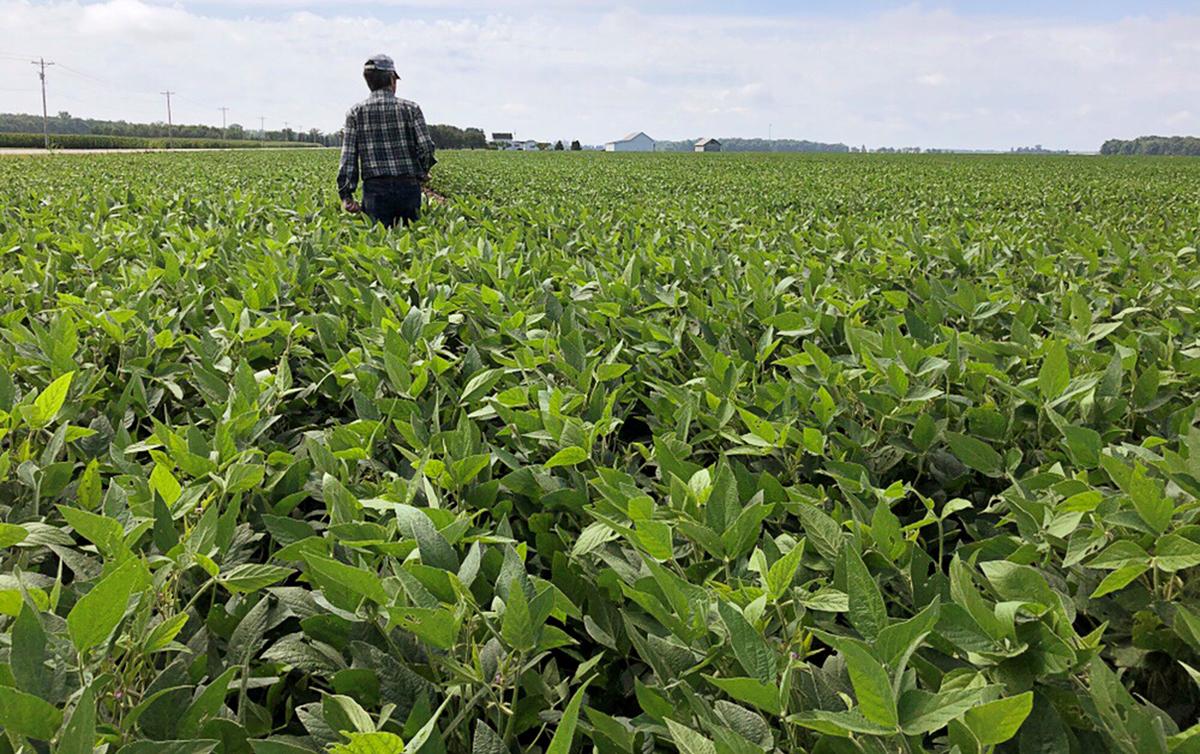 CORALVILLE, Iowa/CHICAGO (Reuters) – The U.S. Agriculture Department said on Wednesday it had pulled all staff from an annual crop tour after an employee was threatened, and three sources said the threat of violence was made during a phone call from an angry farmer.

U.S. farmers have complained this month that a government crop report did not reflect damage from historic flooding this spring. They are also frustrated about unsold crops due to the trade war with China, falling farm income and tighter credit conditions.

Lance Honig, crops chief at the USDA’s National Agricultural Statistics Service, was among the USDA staffers who had to leave the privately-run Pro Farmer tour, three sources with knowledge of the situation said. Police will be present at stops for the rest of the trip, which ends on Thursday, they said.

A local police officer was present at an event in Coralville, Iowa, on Wednesday evening, a Reuters witness said.

“A USDA National Agricultural Statistics Service employee received a threat while on the Pro Farmer Crop Tour from someone not involved with the tour,” Hubert Hamer, administrator of the statistics service, said in a statement. “As a precaution, we immediately pulled all our staff out of the event.”

The Federal Protective Service, part of the Department of Homeland Security, is investigating, USDA said. It declined to elaborate on the nature of the threat.

Tour organizers said in a statement the threat was taken “very seriously.”

“(We) have taken all steps possible to ensure the safety of everyone involved in the tour,” said Andy Weber, Chief Executive Officer of Farm Journal, the parent company of Pro Farmer.

Honig had been scheduled to attend the meeting in Coralville and speak at the tour’s final event in Rochester, Minnesota, on Thursday to answer questions about the government’s crop forecast, according to tour organizers.

Farmers at stops throughout the eastern and western legs of the normally tranquil crop tour have expressed frustration with USDA – though less so with President Donald Trump, who they largely voted for and continue to support.

Corn future prices posted their biggest drop in three years after the USDA estimated a bigger-than-expected crop on Aug. 12, despite floods that slowed planting. USDA’s reports have long been a key reference for global commodities markets.

James McCune, a farmer from Mineral, Illinois, who was not on the tour, said he understood the anger.

“Any farmer who talked to the USDA guy who made the crop report would probably say something derogatory to him,” McCune said. “I don’t know anybody that agreed with that stuff.”

Farmers have been suffering from low commodity prices for years, and Washington’s trade war with Beijing has taken China, the top buyer of U.S. soybeans, out of the market. Floods and the trade war have contributed to falling farm incomes and tighter credit conditions as farmers struggle to repay loans.

The Trump administration has also been scrambling to stem rising anger over its decision this month to allow numerous oil refiners to mix less corn-based ethanol into their gasoline.

Nebraska City Police Captain Lonnie Neeman said security was requested at an event in Arbor Day Farm on Tuesday after an event at a previous stop in Grand Island, Nebraska, “got heated.”

“Somebody called and said they were concerned there may be issues last night so we just walked through on occasion,” Neeman said.

Still, most farmers, like Bill Baylis of Ohio who was on the eastern leg of the tour, condemned the threats.

“Yes, these are challenging times. But this, threatening harm like this? It is not acceptable,” he said.

Richard W. Guse, a grain farmer from Waseca, Minnesota, who was also on the tour, worried about the potential damage to farmers’ reputation.

“It’s a very emotional year, and this now reflects horribly on farmers,” he said.