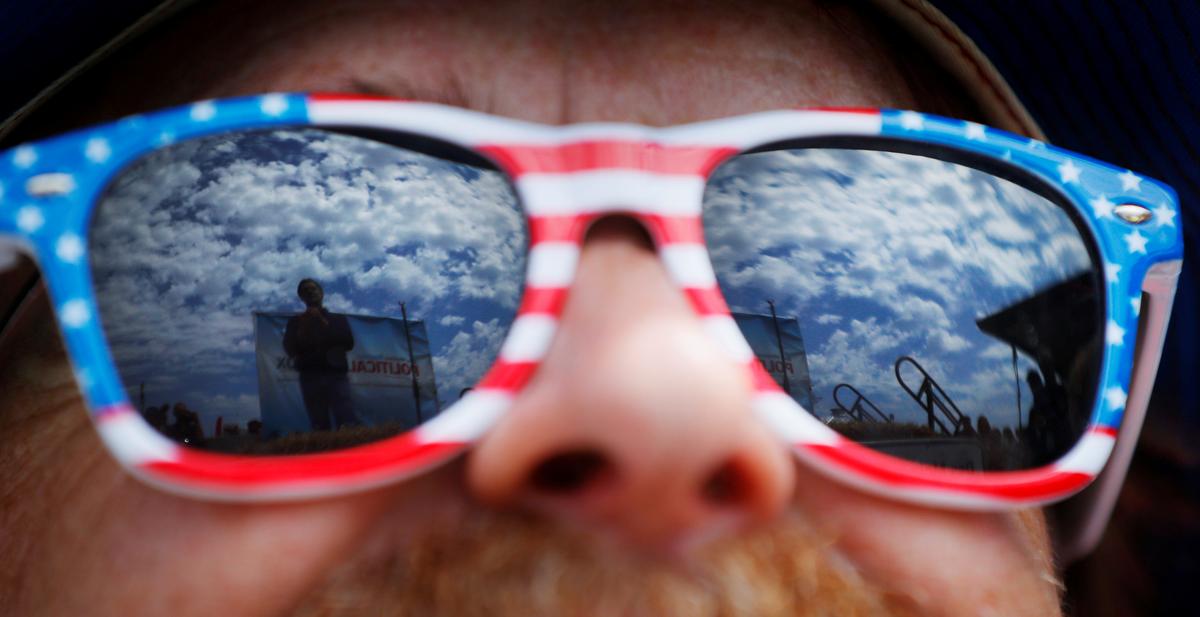 Campaigns trumpet, or minimize, the numbers depending on how they fared. But with the first nominating contest in Iowa still five months away, what do these surveys really tell us about will happen in the November 2020 presidential election?

The quick answer: Early polls should be taken with a grain of salt, or perhaps even a full shaker. But they can offer a snapshot of where the race stands today and at least some insight into where it might go in the months to come.

Here’s a guide to reading, and understanding, polls at this stage of the outsized, 23-candidate Democratic contest:

HOW ARE POLITICAL POLLS CONDUCTED?

Professional pollsters rely on answers from a sample of people – anywhere from a few hundred respondents to 1,000 or more – intended to represent a much larger population.

In political surveys, pollsters are often interested specifically in registered voters or likely voters. Many more people say they will vote than actually do so, forcing pollsters to use other data, such as past voting behavior, to estimate the probability of casting ballots.

Some pollsters rely on phone interviews. Others, including Ipsos, which conducts surveys for Reuters, employ online questionnaires. All polls have a margin of error – a measure of confidence that the results reflect the broader population – calculated based on the size of the sample.

WHAT DOES HISTORY TELL US ABOUT POLLS AT THIS STAGE?

National presidential primary polls – that is, polls that measure support for one party’s candidates – this early in the election cycle have been a mixed bag in predicting the eventual winner.

In August 2007, Hillary Clinton held a nearly 20-percentage point lead across a dozen national polls over Barack Obama, who would capture the Democratic nomination the following year.

The man who would win the Republican Party’s nod, John McCain, hovered around 12%, with former New York City Mayor Rudy Giuliani leading the pack with support from nearly one-third of respondents.

But in the 2016 cycle, both the eventual nominees, Clinton and Republican Donald Trump, held significant leads in the polls by August 2015. Like this year’s Democratic contest, the Republican field from which Trump emerged was enormous by historical standards.

Past results are not necessarily an indicator of what will happen this time around, experts warned.

“We only have this happen every four years,” said Joe Lenski, executive vice president at Edison Research, which conducts national exit polls. “It’s not like we have thousands of examples.”

HOW TRUSTWORTHY ARE PRIMARY POLLS?

Primary polls are considerably less predictive than general election polls pitting two nominees against each other.

For one, voters’ preferences are more fluid ahead of primaries, in part because they cannot rely on party affiliation alone to determine their choices. In a general election, most voters flock to the candidate who represents their preferred party.

“Primaries are a lot harder, because there isn’t that partisan signaling,” said Chris Jackson, who runs the public polling unit at Ipsos.

The size of the Democratic field this cycle may also contribute to the uncertainty by giving people so many options.

Voters may engage in strategic behavior, shifting allegiances based on how candidates are performing. Howard Dean led most Democratic primary surveys in 2003 until John Kerry, the eventual nominee, won the early voting states of Iowa and New Hampshire, sending him skyrocketing in national polls.

Name recognition also plays a major role at this stage, when many Americans simply are not focused on the campaign.

That said, name recognition is often based on factors that reinforce a candidate’s strength. Joe Biden, who is leading most polls in the 2020 Democratic race, is well known because he was a vice president for two terms and has deep ties to the party’s establishment.

Analysts expect turnout in 2020 to hit levels not seen in decades, given the high level of political engagement in the era of Trump. That introduces more uncertainty for pollsters, who must make assumptions about voters who have not historically cast ballots but who are likely to do so next year.

“The pollsters don’t really know who’s going to show up in a primary,” said Michael McDonald, a professor at the University of Florida who studies polling.

General election polls at this stage – pitting Trump against various possible Democratic nominees – are virtually meaningless, according to research by the polling analysis website FiveThirtyEight. That’s because they are asking about hypothetical matchups involving candidates who remain unfamiliar to many Americans.

SO WHAT SHOULD WE LOOK FOR?

Some analysts suggest looking at tiers of candidates, rather than focusing on small differences between individuals, to get a better sense of who is in the best position.

At the moment, Biden stands in a class by himself at around 30% support, with a second tier comprised of U.S. Senators Bernie Sanders and Elizabeth Warren holding at half that figure. Another handful of candidates, including U.S. Senator Kamala Harris and South Bend, Indiana, Mayor Pete Buttigieg, make up the next group.

Lenski said polls often include other information beyond the top line figures that can illuminate which candidates have more potential upside.

For instance, some polls will ask respondents to identify which candidates they support aside from their first choice, or to say whether they have a favorable or unfavorable opinion of each candidate.

Among lesser-known candidates, someone like New York City Mayor Bill de Blasio, who is polling around 1% and has poor favorability ratings, has less room to grow than someone like U.S. Senator Amy Klobuchar, who is also at 1% but is well liked by those who have heard of her.

Given pollsters use different methodologies and have varying track records of accuracy, it’s better to look at several polls for a more reliable snapshot. When considering trends, such as whether a candidate has gained or lost support over time, comparing previous surveys from the same pollster will yield more accurate results.

WHAT ABOUT STATE-BASED POLLS?

A candidate who shows more strength in polls of a key state – Iowa, for example – might pull off an upset and gain momentum throughout the rest of the campaign.

State polls also have a greater margin for error because they rely on smaller samples.

Besomorph Teams Up With Vocalist Ryan Curtis For Captivating New Single, “So Low”
When Did It Become Cool Again to Like Barbie?
More flight cancellations as airlines re-work schedules in line with slot amnesty
Top Gun: Maverick Continues Crushing At The Box Office, And Tom Cruise Explains Why It Took So Long To Get A Second Movie Made
Crunch talks between RMT and Network Rail begin as union threatens further strikes