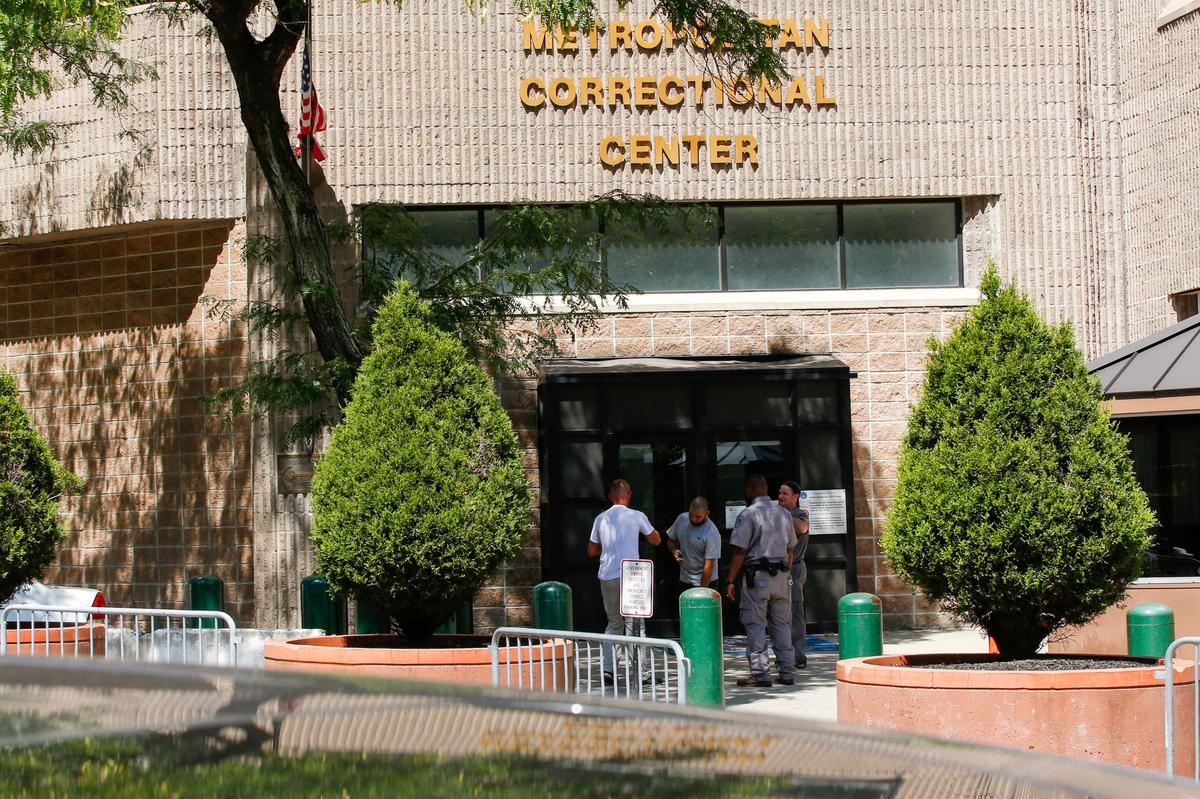 NEW YORK (Reuters) – New York City’s chief medical examiner determined on Friday that suicide by hanging was the cause of death for financier Jeffrey Epstein, whose body was found six days ago in a Manhattan jail cell while awaiting trial on sex trafficking charges.

The sparely worded official announcement detailing the autopsy conclusions rebutted a host of conspiracy theories – including one promoted by President Donald Trump – that had circulated on social media about the death of the well-connected former money manager.

Epstein, 66, was found unresponsive on Saturday in his cell at the Metropolitan Correctional Center (MCC), triggering investigations into the circumstances of his death. He was arrested on July 6 and pleaded not guilty to federal charges of sex trafficking involving dozens of underage girls as young as 14.

Chief Medical Examiner Barbara Sampson said her determination of the cause of death came after a “careful review of all investigative information, including complete autopsy findings.”

Details of the findings had been leaking into the news media over the past few days. Two law enforcement sources told Reuters on Thursday that Epstein’s neck had been broken in several places, confirming a Washington Post report that to some had raised questions about possible foul play.

Epstein, a registered sex offender who once counted Trump and former President Bill Clinton as friends, pleaded guilty in 2008 to Florida state charges of unlawfully paying a teenage girl for sex.

Epstein had been on suicide watch at the jail but was taken off prior to his death, a source who was not authorized to speak on the matter said previously. At the MCC, two jail guards are required to make separate checks on all prisoners every 30 minutes, but that procedure was not followed, the source added.

Separately, a team at the jail on Wednesday began an “after action” review, which is normally triggered by significant events such as a prominent inmate’s death, a person familiar with the matter said.

U.S. Attorney General William Barr ordered the removal of the warden at the jail, the Justice Department said on Tuesday. Barr had criticized “serious irregularities” at the facility. Two corrections officers assigned to Epstein’s unit also were placed on administrative leave pending the outcome of investigations.

Two women who said they were recruited 15 years ago to provide massages to Epstein, only to be later sexually molested by him at his Manhattan mansion, filed a $100 million lawsuit against the financier’s estate on Thursday night. The lawsuit was at least the second against the estate over Epstein’s alleged misconduct following his death.

Reporting by Nathan Layne in New York; Editing by Will Dunham and Noeleen Walder

Adam Sandler Reflects On Getting Harsh Reviews For Billy Madison And His Other Early Movies: ‘They Hate Us’
You’ll Have to Wait a Bit Longer For The Mandalorian Season 3
‘Extremely advanced’ bomber aircraft unveiled by US
The Case For Cheesy Holiday Movies
After Falling For Christmas, Lindsay Lohan’s Return To Acting Put Her Opposite Santa Claus Thanks To Pepsi