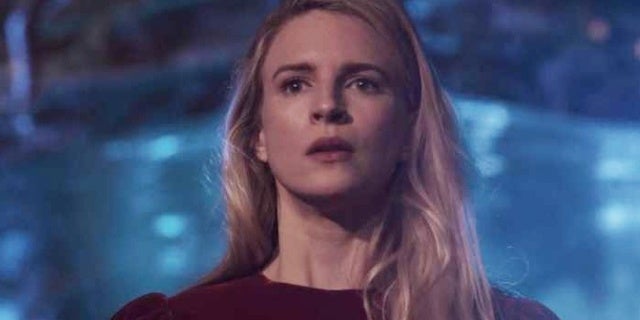 While quite a lot of Netflix shows have met their end this year, the cancellation of The OA has left fans particularly distraught over the past week. Social media has become flooded with fans criticizing the decision — but some have taken it to mean something else entirely. Insider recently broke down a theory that has begun to come to light in recent days, which suggests that the cancellation is a surprisingly-meta marketing campaign to secretly bring about the show’s third season. Spoilers for The OA‘s second season below! Only look if you want to know!

The theory largely points to events in the Season 2 finale, in which the show’s characters were plunged into yet another new dimension. In this realm, the show’s cast played fictionalized versions of themselves, who were all putting on a show called The OA. Shortly after jumping into the body of “Brit Marling”, OA (Brit Marling) proceeded to fall and hit her head and was rushed to an ambulance. She was quickly joined by Hap (Jason Isaacs), who had assumed the role of “Jason Isaacs”, Brit’s husband. Two of OA’s friends, Steve (Paddy Gibson) and Buck (Ian Alexander) had also made it to that dimension, adopting the bodies of their actor selves. As the episode went on, it became clear that Hap had deliberately put OA in this dimension, forcing her to reconcile with whether or not her abilities and otherworldly story were real.

Granted, there are some differences between The OA‘s third dimension and our reality (namely, that Marling and Isaacs are not married in real life). But some have begun to wonder if Season 2’s ending is setting up a meta-narrative both inside and outside of the show, which this cancellation would play a small part in. A post by Reddit user smithif broke down several potential clues, which could suggest that The OA‘s show-within-a-show would realistically also face cancellation, given what happened to “Brit Marling” in the finale. The fact that the real-life Isaacs has been at the forefront of campaigning for the show’s renewal would also potentially mirror Hap’s actions as “Jason Isaacs”.

“We have now truly moved into the third season where the show was cancelled due to Brit (OA) being injured, and not being able to continue her role as OA.” smithif suggests. “Due to the show being cancelled Happ has a way to help repress Nina and OA inside of Brit, by saying she just misses the character and acting on the show. Jason Isaacs (Happ) is pushing for the show to continue so that he seems like a caring husband, thus adding more doubt to Brit’s mind, the rest remains to be seen.”

The fandom has since pointed out a multitude of coincidences surrounding the cancellation, including that the news was announced on August 5th, the same day that fans of the show had already planned to trend #RenewTheOA on social media. There’s also the wording of Netflix’s press release about the cancellation, with the company mentioning that they hope to continue to work with Marling and co-creator Zal Batmanglij “in this and perhaps many other dimensions”. Even certain dialogue from Season 2 – particularly Fola (Zendaya) saying that “at a certain point, the puzzle goes IRL” – has made some believe that this is all a sort of augmented reality game to bring about Season 3.

So, what would the next step theoretically be? In addition to a Change.org petition and a slew of social media posts, fans have taken to social media on Monday to perform the show’s “movements”, a series of choreography that has a spiritual significance on the show.

“What if we have a role to play here, too.” Reddit user factoreight suggested. “Within this dimension, Brit ‘remembers everything, but doesn’t believe it’s true’. If the show truly has gone IRL, then it isn’t solely Steve’s responsibility to convince Brit that it is all real. If the boundary between fiction and real life has been broken, then we must truly believe it – embrace it. Perhaps, as /u/pickleboomer explained here, we must unite. What if it is our job now to do the movements. Not as a mere demonstration that we are fans of the show, but because we have a responsibility. What if it is now our responsibility to save Brit – to save the OA – not the show, but the person. What if we not only must convince her that this is all real, but we must save her from Hap, and send her to the next dimension?”

Do you think The OA‘s cancellation could all be fake, or that the series is really done for? Share your thoughts with us in the comments below!

Both seasons of The OA are currently available to stream on Netflix.

The crew is back with Episode 55 and there’s a lot to cover headed into the weekend. We’re breaking down the Disney+ subscription offer, a Home Alone Reboot, and Planet of the Apes projects on the horizon. We’re also previewing WWE’s 2019 Summer Slam event – all in today’s episode of #ComicBookNation! Make sure to subscribe now to never miss an episode!