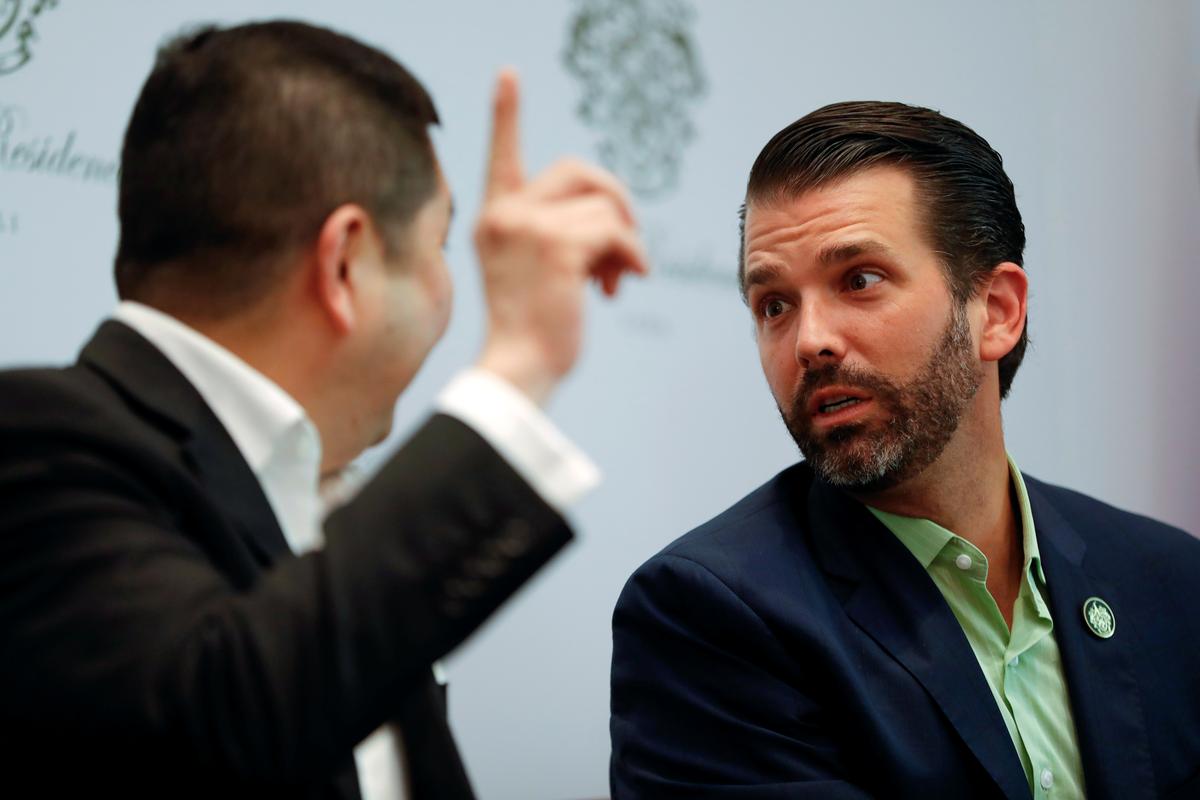 JAKARTA (Reuters) – Donald Trump Jr, the eldest son of the U.S. president, said he was upbeat about two planned Trump-branded projects in Indonesia and dismissed any risk of conflict of interest over involvement in the luxury resorts in Southeast Asia’s biggest economy.

The executive vice president of the Trump Organization, which is partnering with Indonesia’s MNC Group run by billionaire Hary Tanoesoedibjo on the projects, made the comments at a pre-launch event in Jakarta on Tuesday.

The visit comes amid rising trade tensions between the countries, with Indonesian officials worried about potential U.S. tariffs being applied as the Southeast Asian nation had an $8.3 billion trade surplus in 2018.

“I’m very excited to be here, to see these very different projects,” said Trump Jr, referring to the two resorts located on the popular holiday island of Bali and in Lido, near the heavily populated capital Jakarta.

Seeking to allay any concerns about potential conflict of interest, he said the Indonesian project was one of the last the Trump Organization signed up before his father became president and the group had chosen not to take on new overseas deals to “avoid even the impression of any kind of impropriety”.

The Trump Organization has a contractual obligation to finish off deals it had previously signed, he said.

Any notion that because of a development, President Trump might be influenced to change U.S. policy is “totally asinine”, Trump Jr told reporters. “I’d like to shut that nonsense down once and for all right here.”

The U.S. President has kept ownership of his global business empire, but handed off control to his two oldest sons through a trust while in office, an arrangement watchdogs say does not go far enough to prevent conflicts of interest in the White House.

Asked if the U.S.-China trade war might have any influence on Trump projects, Trump Jr said: “There’s literally zero influence in one decision-making process as it relates to the other.”

MNC Chairman and CEO Tanoesoedibjo said his group had not received any financing from China for the Trump-related project. It has previously been in talks with Chinese banks for loans but that was for a separate theme park it was developing, he added.

The two upcoming Trump-branded resorts in Indonesia will be developed in stages within three years and MNC plans to invest $1.7 billion, Tanoesoedibjo said.

The projects will include hotels, villas and golf courses. They will be developed by MNC and managed by the Trump Hotel Collection, a unit of the Trump Organization.

Tanoesoedibjo ran for Indonesia’s vice president in the 2014 elections and subsequently founded his own political party, which contested Indonesia’s general elections in 2019.

As a business partner of Trump, Tanoesoedibjo has previously said he believes his relationship with the U.S. President could help ties between nations.

Indonesia has been in negotiations with Washington over preserving its special tariff treatment for some Indonesian exports under a program for poor and developing countries.