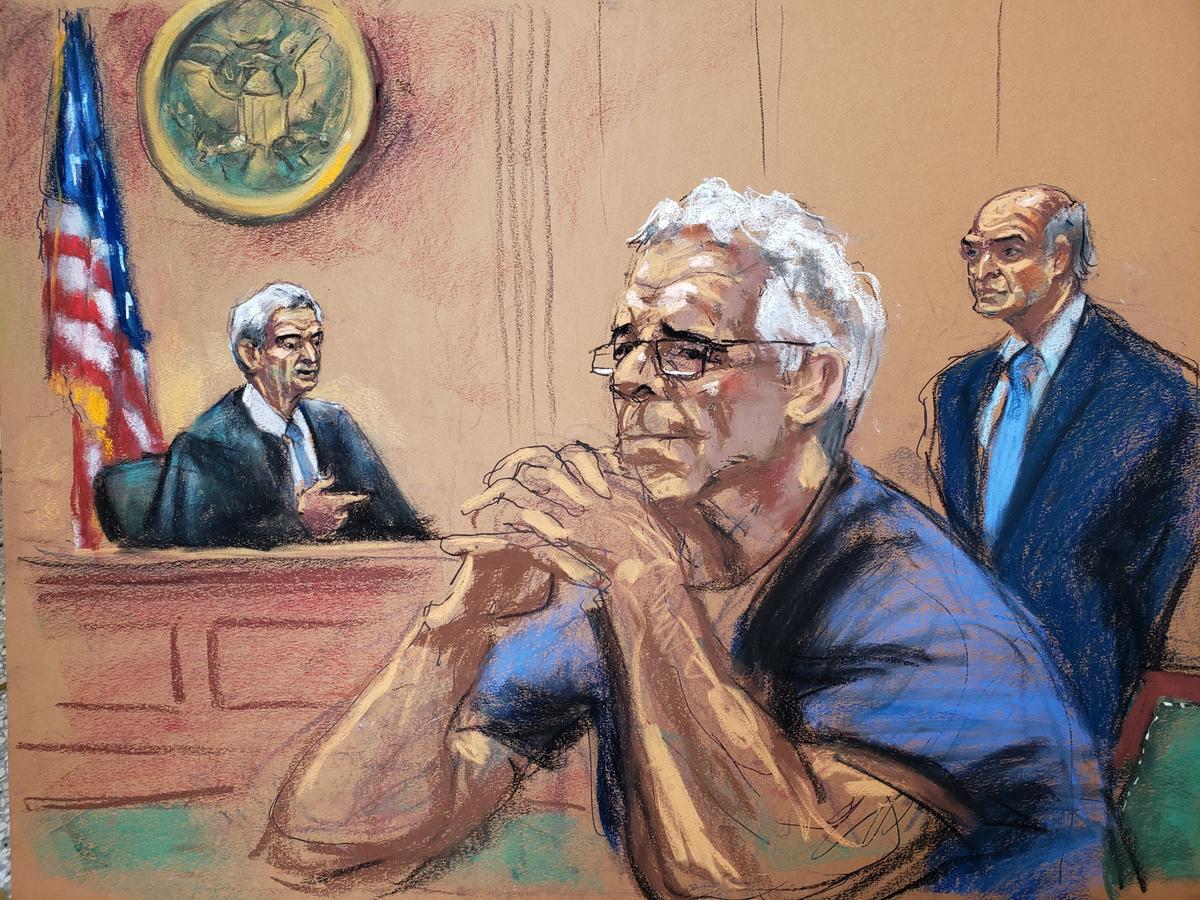 (Reuters) – Lawyers for several women who say they were sexually abused by disgraced financier Jeffrey Epstein plan to file lawsuits this week against his estate following his apparent suicide in a New York jail cell.

New York lawyer Roberta Kaplan said she hopes to file on Wednesday on behalf of a client to take advantage of a new New York State law which makes it possible to pursue decades-old claims of abuse.

The “Child Victims Act,” which takes effect on Aug. 14, gives people a year to sue over allegations of sexual abuse, regardless of when the alleged acts occurred.

Kaplan will sue on behalf of a woman described in the indictment against Epstein as a minor victim. The unidentified woman was recruited to engage in sex acts with Epstein around 2002 and paid hundreds of dollars for each encounter with the financier, according to the indictment.

She was 14 when it happened, Kaplan said.

The financier, who once counted Republican President Donald Trump and Democratic former President Bill Clinton as friends, was arrested on July 6 and pleaded not guilty to charges of sex trafficking involving dozens of underage girls as young as 14, from at least 2002 to 2005.

More than a decade ago, Epstein pleaded guilty in Florida to state charges of solicitation of prostitution from a minor in a deal with prosecutors that has been widely criticized as too lenient.

Epstein’s death is likely to “unleash an avalanche of civil suits against his estate,” said New York attorney Paul Callan, who is not involved with the case.

Epstein, 66, was found unresponsive Saturday morning in his cell at the Metropolitan Correctional Center (MCC) in Manhattan, according to the Federal Bureau of Prisons, which operates the jail.

A document filed by his lawyers last month listed his total assets at about $559 million, including two private islands and four homes. One residence, on the Upper East Side of Manhattan, is worth an estimated $77 million.

It was not immediately known if Epstein had a will. Several of his criminal lawyers did not respond to requests for comment.

Bloom said she hopes estate monies will not be distributed until the claims are litigated.

“If we find out the estate is selling off things, dissipating assets, we will go in for a court order,” Bloom said.

It is unclear whether the estate will try to shield Epstein’s assets from the women, Kaplan said. She said lawyers will need to dig into his finances.

Epstein’s death is a small roadblock for the civil cases, but not an insurmountable one, legal experts said.

“If he’d been convicted of a crime, you don’t have to prove much in a civil case,” Kaplan said.

But the burden of proof in a civil lawsuit is lower than in a criminal case. To win a civil case, a victim only needs to show liability by a preponderance of the evidence, not beyond a reasonable doubt.

Still, Callan said that fading memories and a lack of collaborating evidence could make it tougher for the women to prevail.

“These cases are winnable, but many of them will be difficult to prove because of the passage of time since the sexual abuse occurred,” said Callan.

Even if the women do win verdicts, how much money they will recover is unclear.

Callan was one of the lawyers involved in a civil case against former football star and television personality O.J. Simpson over the wrongful death of his ex-wife Nicole Brown Simpson and her friend Ronald Goldman.

In that case, the estates of the victims won a $30 million-plus verdict. But little of the money was collected because the assets had largely been dissipated, Callan said, with a large chunk going to pay lawyers in the criminal case.

“I would suspect that Epstein has found a way to shelter a lot of his assets so the litigants here may face the same problem,” Callan said. “They may get a judgment, but they may have trouble collecting it.”

Megan Fox Drops Photos Of A Daring Outfit And Apparently Side Butt Is The Latest Thing
The Case For Cheesy Holiday Movies
Rezz opens up in rare interview on mental health, insomnia, relationships & more
Iranian government says widespread protests are a ‘political plot’ by Kurdish separatists
Your EDM’s Top 10 Albums of 2022