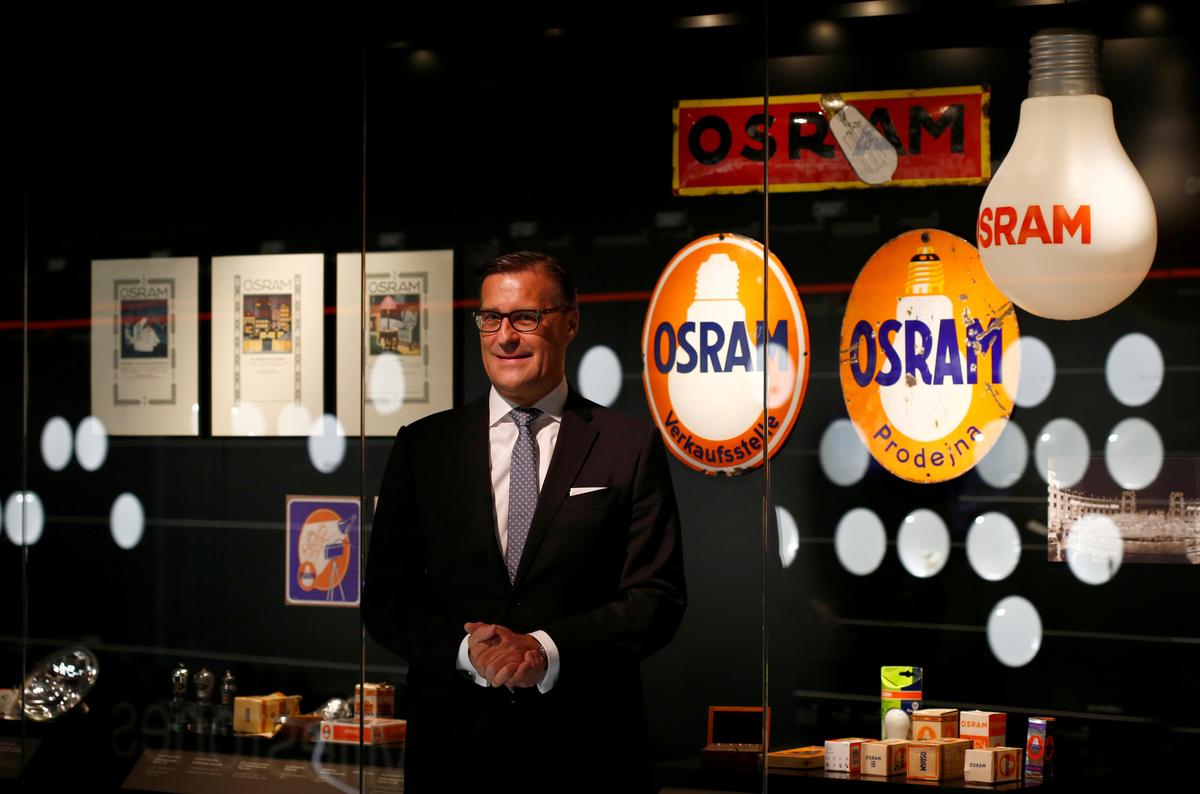 Osram, which last month said it was considering Bain and Carlyle’s binding offer of 35 euros ($39.19) per share, declined to comment, as did a spokesman for the private equity firms’ consortium.

Swiss-listed AMS last month decided against a bid but kept the prospect of one alive after it said it had been approached by potential financial partners and believed it could arrange financing.

The planned bid includes a 4.2 billion euro bridge facility underwritten by UBS (UBSG.S) and HSBC (HSBA.L), which AMS plans to refinance by issuing debt and equity, including raising 1.5 billion euros of new equity, “primarily” through a rights issue.

“The combination of AMS and Osram creates a global leader in sensor solutions and photonics with approximately 5 billion euros of revenue,” said AMS, which makes an array of sensors, including those that enable facial recognition on smartphones.

AMS added that it sees Osram’s digital division – part of Osram’s attempt to become a high-tech group that builds chips, provides digital lighting systems and supplies sensors and other components – as non-core, adding that it would seek “the best owner” for the division.

Additional reporting by Alexander Huebner in Munich and Kanishka Singh in Bengaluru; Editing by Keith Weir and Bill Rigby

Stranger Things Star Reveals How Frustration Fueled Shocking Billy and Max Scene
Dakota Johnson On What Her Off-Camera Relationship With Fifty Shades Co-Star Jamie Dornan Was Like While Filming The Movies
Book Riot’s Deals of the Day for July 2, 2022
Hastily rewritten Biden speech highlights America’s divisions after another mass shooting
Texas Migrant deaths: Truck driver was pretending to be survivor when arrested