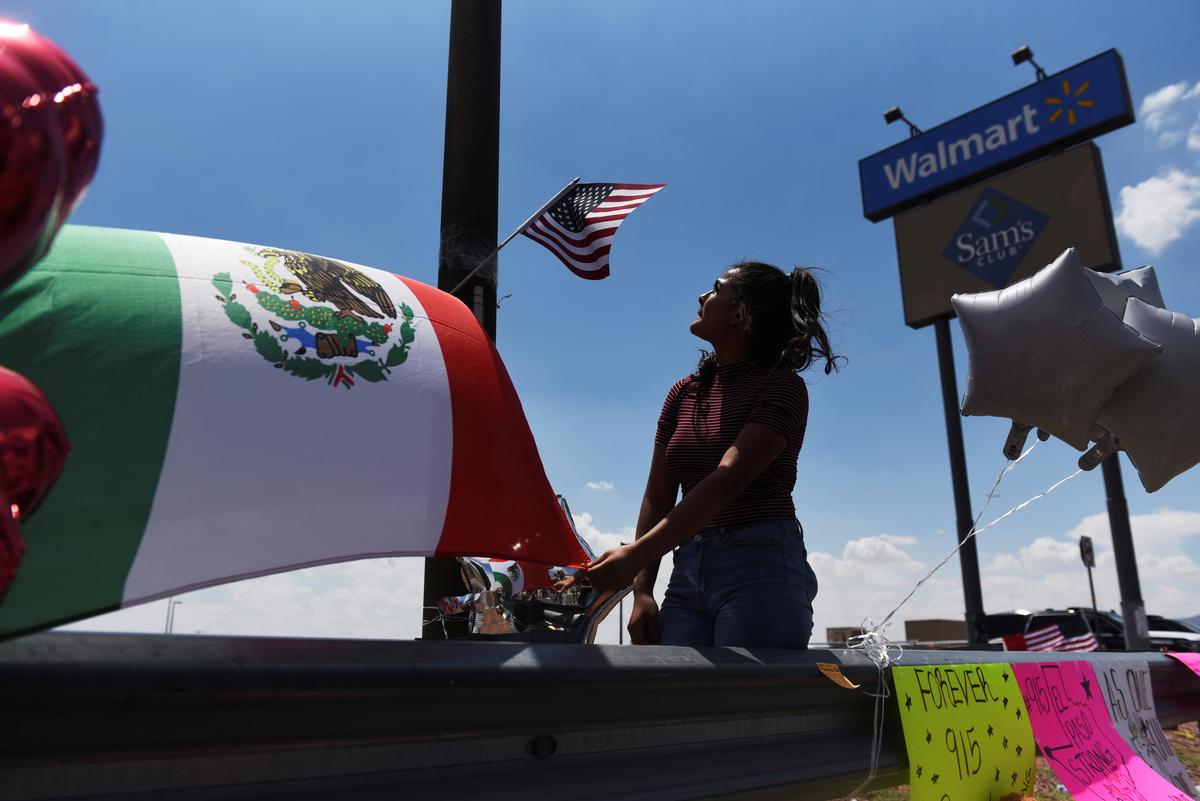 EL PASO, Texas (Reuters) – Mexico will investigate the mass shooting in El Paso, Texas, that killed 22 people, including eight Mexican citizens, as an act of terrorism and may request the suspected shooter be extradited to Mexico for trial, the country’s foreign minister said on Monday.

Mexico’s involvement in the criminal process against accused shooter Patrick Crusius comes at a time of high tension between Mexico City and Washington over issues of immigration and trade.

Eight Mexicans were killed in Saturday’s rampage at a Walmart store in the Texas border city, and six of the wounded Mexican nationals remained hospitalized on Monday, Foreign Minister Marcelo Ebrard told reporters at the Mexican consulate in El Paso.

He said he would ask U.S. authorities to turn the bodies over to their Mexican families as soon as possible.

Ebrard said he would meet with the Mexican attorney general on Tuesday to share results of the U.S. investigation and build a terrorism case.

“We consider this an act of terrorism, in this case carried out in U.S. territory, but an act of terrorism against Mexicans,” Ebrard said at the Mexican consulate in El Paso. “It will be the first investigative case of this importance in the history of Mexico regarding terrorism in United States territory,” he added.

A four-page statement believed to have been authored by the suspect and posted on 8chan, an online message board often used by extremists, called the El Paso attack “a response to the Hispanic invasion of Texas.”

Ebrard also said Mexico may open a case against the sale and distribution of the weapon used in the massacre. He did not elaborate or take questions from the media. El Paso police have said Crusius purchased his weapon legally.

Crusius, 21, has been charged with one Texas state count of capital murder and is being held without bail in El Paso County Jail. The magistrate judge who ordered Crusius to be held, Penny Hamilton, said he likely would face additional state charges and possibly U.S. federal charges as well.

People gather to pay their respects at a growing memorial site two days after a mass shooting at a Walmart store in El Paso, Texas, U.S. August 5, 2019. REUTERS/Callaghan O’Hare

Mexico and the United States have periodically cooperated on high-profile criminal cases, but usually for suspected Mexican drug traffickers who are tried in U.S. courts.

Mexican President Andres Manuel Lopez Obrador said on Sunday that Mexico would push to make sure that authorities would be held accountable in the case because they allowed “excesses” such as the “indiscriminate use of arms.”

The government of leftist Lopez Obrador has come under pressure in recent months from U.S. President Donald Trump, who threatened to impose tariffs if Mexico did not do more to halt record flows of migrants to the United States.