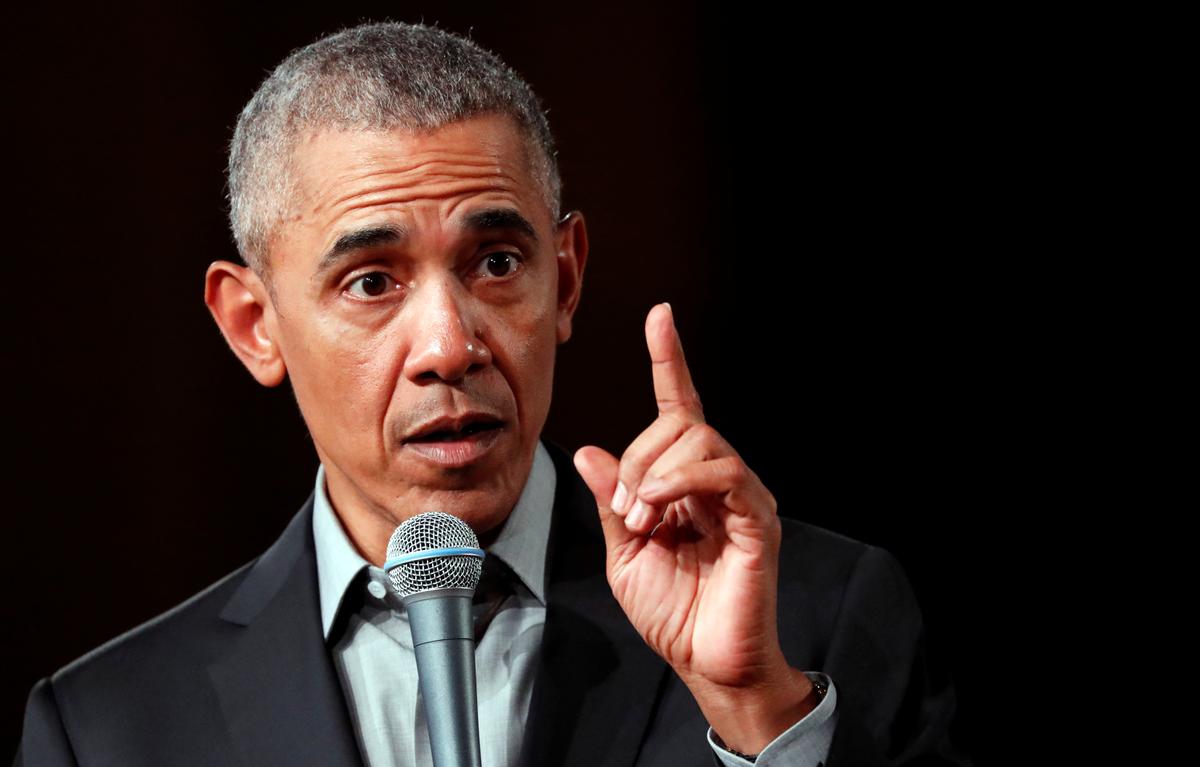 WASHINGTON (Reuters) – Former President Barack Obama responded to the weekend mass shootings in Ohio and Texas on Monday with a plea to Americans to reject the language of hatred, fear and intolerance from any of their leaders.

“We should soundly reject language coming out of the mouths of any of our leaders that feeds a climate of fear and hatred or normalizes racist sentiments,” Obama said in a statement posted on Twitter that did not refer to President Donald Trump by name.

A 21-year-old white man has been charged with capital murder in Saturday’s shooting spree in Texas. Police in El Paso cited a racist, anti-immigrant manifesto posted online shortly before the shooting, which they attributed to the suspect.

Democrats said Trump was indirectly to blame for the attack in Texas, with some drawing connections between his rhetoric to a resurgence in nationalism and xenophobic sentiment.

Trump on Monday proposed tighter monitoring of the internet, mental health reform and wider use of the death penalty in response to mass shootings.

Trump did not address accusations that his own anti-immigrant and racially charged comments have contributed to a rise in race tensions, nor did he call for broad gun control measures.

7 Easy, Elegant Looks For A Stylish Winter: Trust Luca Faloni To Deliver Italian Elan, Whatever The Weather
Adam Sandler Reflects On Getting Harsh Reviews For Billy Madison And His Other Early Movies: ‘They Hate Us’
How Far the Light Reaches
Iranian government says widespread protests are a ‘political plot’ by Kurdish separatists
Kate Middleton Has Your Holiday Party Outfits Covered