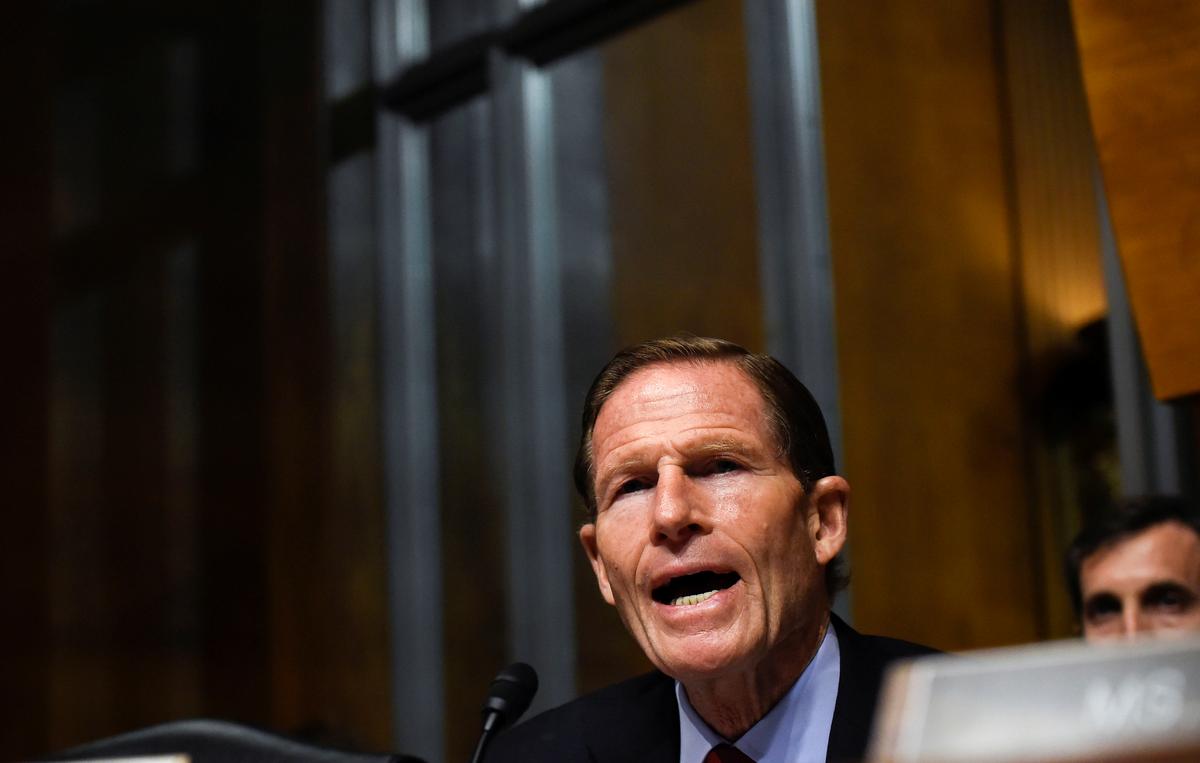 Senator Richard Blumenthal (D-CT) questions U.S. Attorney General William Barr as he testifies during a hearing on “the Justice Department’s investigation of Russian interference with the 2016 presidential election” on Capitol Hill in Washington, U.S., May 1, 2019. REUTERS/Clodagh Kilcoyne

The “Monopolization Deterrence Act” by the Democratic senators would allow the Justice Department and the Federal Trade Commission to seek civil penalties for monopolization offenses under U.S. antitrust law, Klobuchar’s office said in a statement.

Klobuchar, who is seeking the Democratic nomination for president in 2020, said in the statement the legislation would allow “serious financial consequences” to combat the United States’ “major monopoly problem.”

Under the bill, the penalties could be as high as 15% of the company’s total U.S. revenue.

Senator Elizabeth Warren of Massachusetts, another Democratic presidential candidate, has put up billboards in tech-heavy Silicon Valley calling to “BREAK UP BIG TECH.”

It was not immediately apparent if the legislation has a counterpart in the House of Representatives.

Primark to open four new stores and create 850 jobs
New rules for energy companies after billions spent on collapse of suppliers
“You Are Love” delivers on the sheer physical rush of dance music, as HAMX holds nothing back
Retirees and women to be targeted in Halfords drive for 1,000 new staff
The Best Anthropologie Black Friday Deals for as Low as $12