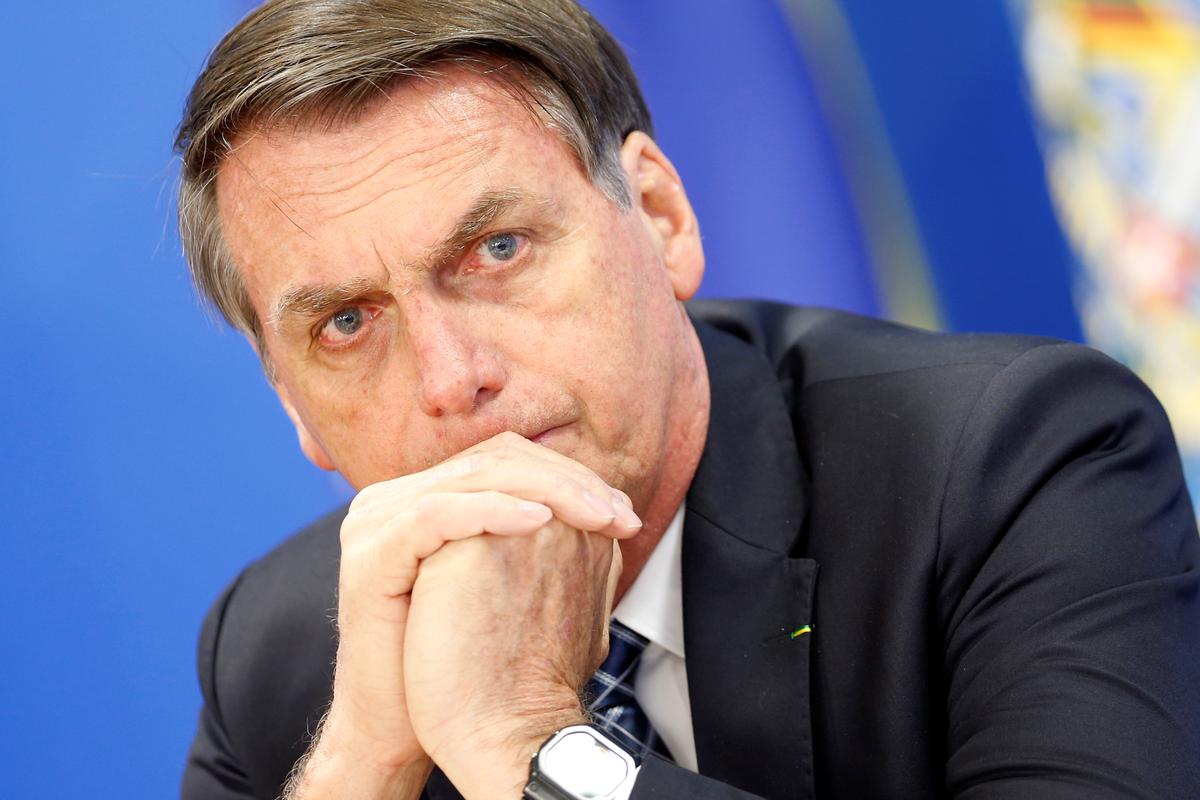 BRASILIA (Reuters) – Brazilian President Jair Bolsonaro said on Thursday that if a senior government scientist had betrayed his confidence regarding deforestation data, he would be fired, underlining how growing international pressure to protect the Amazon is weighing on his government.

Bolsonaro made the comments during a tense news conference in Brasilia. He and members of his cabinet pushed back against reports of a recent spike in deforestation in the Amazon, without giving their own assessment of the trend.

Bolsonaro, a far-right, former army captain elected last year, has long been skeptical of environmental issues, and has repeatedly said the Amazon is a resource that belongs to Brazil, which Brazilians should choose how to administer.

Increasingly, though, that point of view has angered foreign governments and trade partners, who want Brazil to do more to protect what they say is a crucial global asset for fighting climate change.

Critics have been particularly alarmed by recent data from the internationally renowned National Institute for Space Research (INPE) that showed an 88% rise in deforestation in June.

Both Bolsonaro and his environment minister, Ricardo Salles, said the figure was incorrect and caused Brazil great harm internationally. And Bolsonaro made his threat that if it were shown that INPE Director Ricardo Galvao had betrayed his confidence by releasing erroneous numbers, he would be fired.

Salles acknowledged that Amazon deforestation has been rising in recent years, but said the 88% jump reported by the INPE was incorrect. Nonetheless, he declined to give a specific number, arguing that the measurement mechanism was not suited to give a monthly reading.

Salles said the government’s intention is not to hide information about illegal deforestation of the Amazon, but he defended the need to disclose this information with “responsibility.”

Your EDM Q&A: Does Canadian Techno Artist The GOAT Live Up to His Name With His New Album? [Video]
Porter Robinson Surprise Set At Ocular Organ Among Highlights From Electric Forest
Tory whip resigns over groping allegation after ‘drinking far too much’ on night out
Why Dave Coulier Says Lori Loughlin Was “Last” Person From Full House He’d Expect to Go to Jail
I Love a Mama’s Boy Preview: See Matt’s Girlfriend Awkwardly Meet His Mom for the First Time