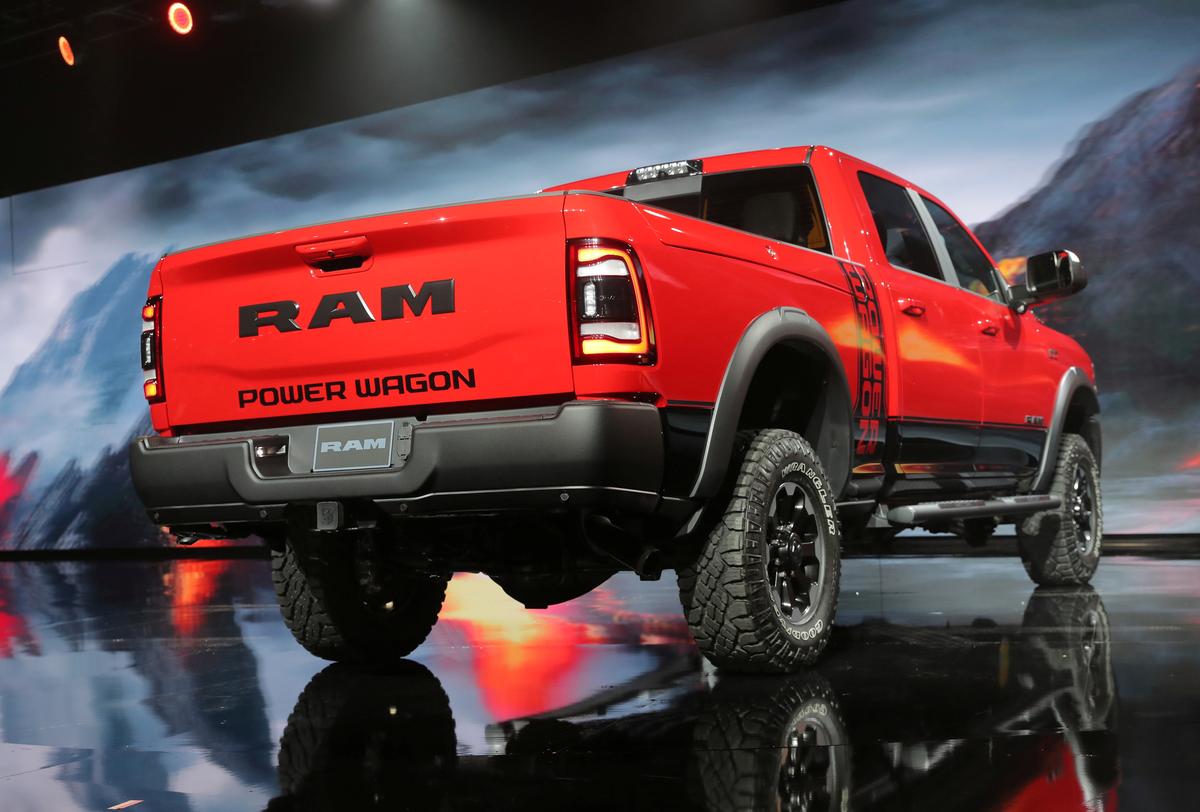 MILAN (Reuters) – Fiat Chrysler (FCHA.MI) (FCAU.N) took the market by surprise by sticking to its full-year profit guidance on Wednesday after a strong performance from its RAM pick-up brand in North America helped it to defy an industry slowdown.

Japan’s Nissan, a long term partner of Renault, said it would cut 12,500 jobs by 2023 after its earnings collapsed.

In its first earnings release since a failed attempt to merge with France’s Renault (RENA.PA), FCA said it was confident its adjusted earnings before interest and tax (EBIT) would top last year’s 6.7 billion euros ($7.5 billion).

The confirmation of the outlook initially sent Milan-listed shares in the Italian-American automaker, whose other brands include Jeep, up over 4% and they were 3.33% higher by 1136 GMT.

In the second quarter the group’s adjusted EBIT totalled 1.52 billion euros, versus analysts’ expectations of 1.43 billion euros, according to a Reuters poll.

FCA’s U.S. shipments were down 12% in the second quarter but the group said that the successful performance of its RAM brand resulted in an enhanced share of the large pick-up truck market of 27.9%, up 7 percentage points from last year.

Adjusted EBIT margin in the U.S. rose to 8.9% from 6.5% in the first quarter. FCA also cited the group’s strong performance in Latin America to support its confidence in the outlook for the year.

Margins also turned positive in Europe, the Middle East and Africa, to 0.4%, after the region lost money in the previous quarter.

The company said it would continue to focus on the underperforming areas of its business in the second part of the year, including Maserati and the EMEA region.

For the EMEA region “we continue to target increased margins through the impact of restructuring actions, better management of channel mix, and targeted product strategies,” FCA said.

Chief Executive Mike Manley said earlier the European region would return to profitability with margins of around 3 percent by the end of 2019.

But new models such as full-electric 500 mini car and hybrid versions of Jeep and Maserati SUVs are not expected to hit the market before next year.

‘We are going forwards’: Starmer rules out rejoining EU ahead of launching Brexit plan
Besomorph Teams Up With Vocalist Ryan Curtis For Captivating New Single, “So Low”
Thames Water plots £1.5bn cash call to turn reputational tide
I Love a Mama’s Boy Preview: See Matt’s Girlfriend Awkwardly Meet His Mom for the First Time
What’s Not to Love About Cameron Diaz and Her Iconic Rom-Coms