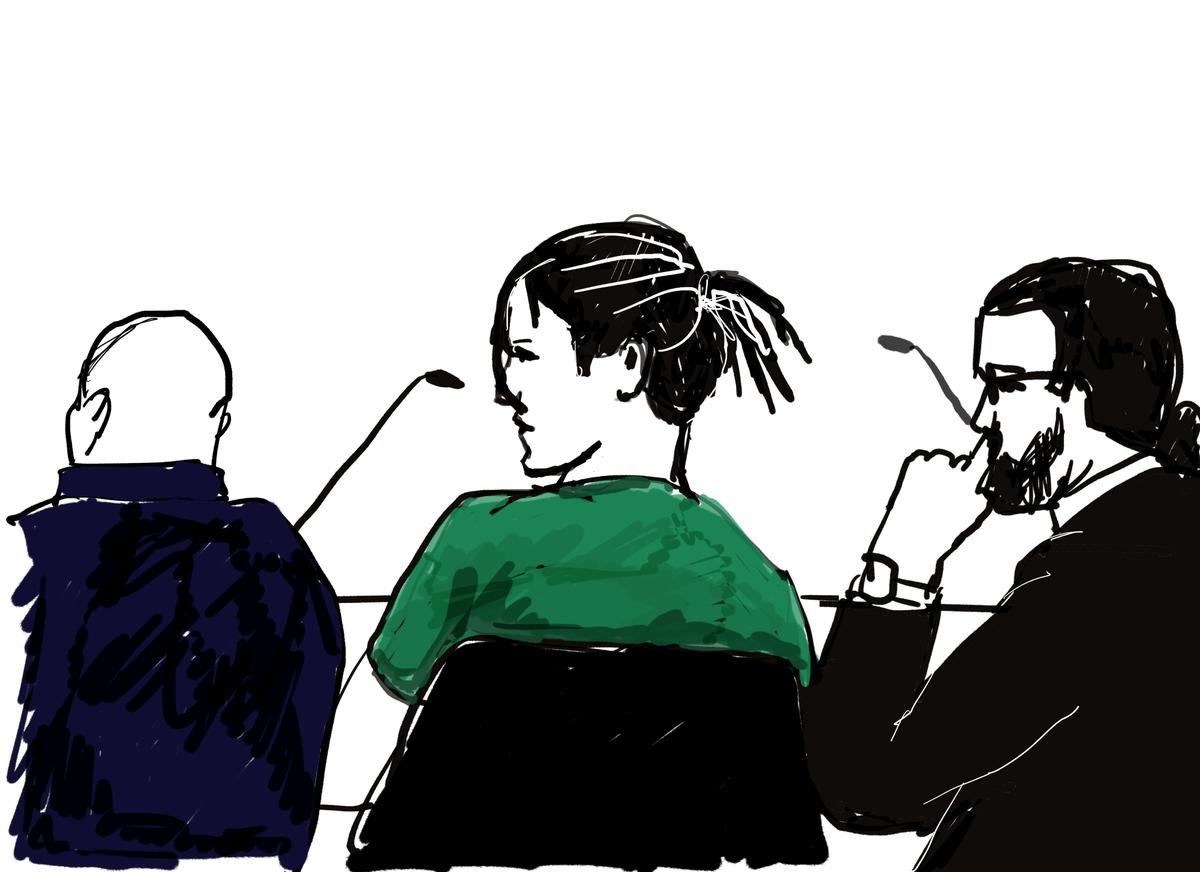 STOCKHOLM (Reuters) – A teenager told a Swedish court on Tuesday that he was kicked and punched by U.S. rapper A$AP Rocky and two of his entourage during an altercation outside a hamburger restaurant in Stockholm last month.

The 30-year-old performer, producer and model, whose real name is Rakim Mayers, pleaded not guilty to a charge of assault on the first day of a trial that prompted U.S. President Donald Trump to intervene on the artist’s behalf.

Mayer was detained on July 3 in connection with a street brawl on June 30 and later charged with assault causing actual bodily harm.

Outlining his case using videos from security cameras and witnesses’ mobile phones, prosecutor Daniel Suneson said that following an altercation in central Stockholm, Mayers threw 19-year-old Mustafa Jafari to the ground, after which he and two of his entourage kicked and punched him.

The prosecutor said a bottle was used to hit Jafari, who suffered cuts and bruises.

Jafari told the court he was pushed and grabbed by the neck by Mayers’ bodyguard outside a restaurant and followed the rapper’s group to get back his headphones. He said he was then hit on the head with a bottle and kicked and punched while on the ground.

“We did not want to fight,” Jafari said. “I said to them I was a nice guy, not a bad guy. I did not touch any of these three.”

Earlier, Mayers’ lawyer told the judge his client, sitting in prison clothes of a green T-shirt and trousers, pleaded not guilty to the charge of assault and had acted in self defense.

“Rakim Mayers thought that these people .. were attacking his bodyguard and it is on those grounds he subsequently acts,” lawyer Slobodan Jovicic told the court.

Mayers will be questioned when the trial resumes on Thursday.

Mayers has said Jafari provoked him and his two companions, who are also charged with assault and pleaded not guilty. If convicted at the Stockholm district court, they could face up to two years in jail.

The case has drawn huge media attention, forcing the trial to be moved to a secure courtroom where more than 50 journalists as well as Mayers’ mother watched proceedings.

Mayers’ detention before his trial prompted angry responses from fans and other celebrities, including Kim Kardashian and Rod Stewart.

Trump had said he would personally vouch for Mayers’ bail. Sweden does not have a bail system.

Sweden’s judiciary is independent of the political system and Lofven has said he will not influence the rapper’s case.

U.S. diplomat Robert C. O’Brien was in court at the request of the White House.

“One of the most important tasks of the Department of State and U.S. embassies and consulates abroad is to provide assistance to U.S. citizens who are detained abroad,” a spokeswoman at the U.S. Embassy in Stockholm said.

Mayers, best known for his song “Praise the Lord”, was in Stockholm for a concert. He has canceled several shows across Europe due to his detention.

Before his arrest, Mayers uploaded videos on Instagram of the moments before the alleged assault, saying two men were following his team and he did not want any trouble.

Mayers shot to fame with his 2011 debut “Live.Love.A$AP”. His latest album “Testing” reached No. 4 on the Billboard 200 charts on its release last year.

The trial could run into a third day on Friday. The verdict is expected at a later date.

4 picture books shed light on seasonal celebrations
Trump firm guilty of defrauding tax authorities for more than 15 years
A Look Back at Kirstie Alley’s Best Roles
Millions flock to mark death of TikTok ‘bones, no bones’ star – Noodle the dog
Angela Bassett Recalls How A 12-Year-Old Keke Palmer Actually Got Her The Role As Her Mother In Akeelah And The Bee