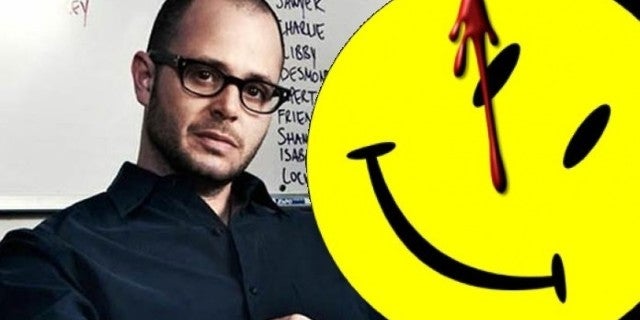 But Watchmen showrunner Damon Lindelof still respects the comic creator, even going so far as to label him “a genius ” at the Television Critics Association summer press tour [with TV Guide in attendance]. He then added that Moore has “made it very clear that he doesn’t want to have any association or affiliation with Watchmen.”

Earlier in the presentation, HBO’s programming boss Casey Bloys was asked if Moore was still sour on the series, he responded “I think that remains the case. That he’s not thrilled.”

Moore has famously been at odds with DC Comics over the rights to Watchmen, which was originally made with the stipulation that the rights could one day return to the comics creators if they stopped publishing the title. But the comic — based on DC’s Charlton Comics characters like Blue Beetle, Captain Atom, Black Canary, and the Question — is a cash cow for the publisher, meaning those rights will likely never revert. And because of that, Moore has distanced himself from the project.

But his Watchmen co-creator, artist Dave Gibbons, was much more open to the series continuing in the HBO series.

“I do know a little about it,” Gibbons shared late last year. “I’ve had conversations with Damon, and I’ve read the screenplay for the pilot. I don’t think it’s my place to say too much about it, other than I found Damon’s approach to be really refreshing and exciting and unexpected. I don’t think it’s gonna be what people think it’s going to be. It certainly wasn’t what I imagined it to be. I think it’s extremely fresh. I’m really looking forward to seeing it on the screen.”

Watchmen is set to debut on HBO in October.

The crew is back from Comic-Con and we’re diving deep into all the big announcements from the weekend. Everything from the Arrowverse CRISIS crossover, to The Witcher, and the Marvel panels, we break it all down in this episode of ComicBook Nation! Make sure to subscribe now to never miss an episode!

‘Communist Party, step down!’: Rare protests in China as anger grows over COVID lockdowns and fatal fire
The Best Anthropologie Black Friday Deals for as Low as $12
How ‘scavenger’ Glazers bought Man Utd – and left Old Trafford ‘rusting’ and in a ‘mess’
Sunak mulls crackdown on foreign students to reduce immigration
RXMIRO Flaunts House Anthem On “heart i”