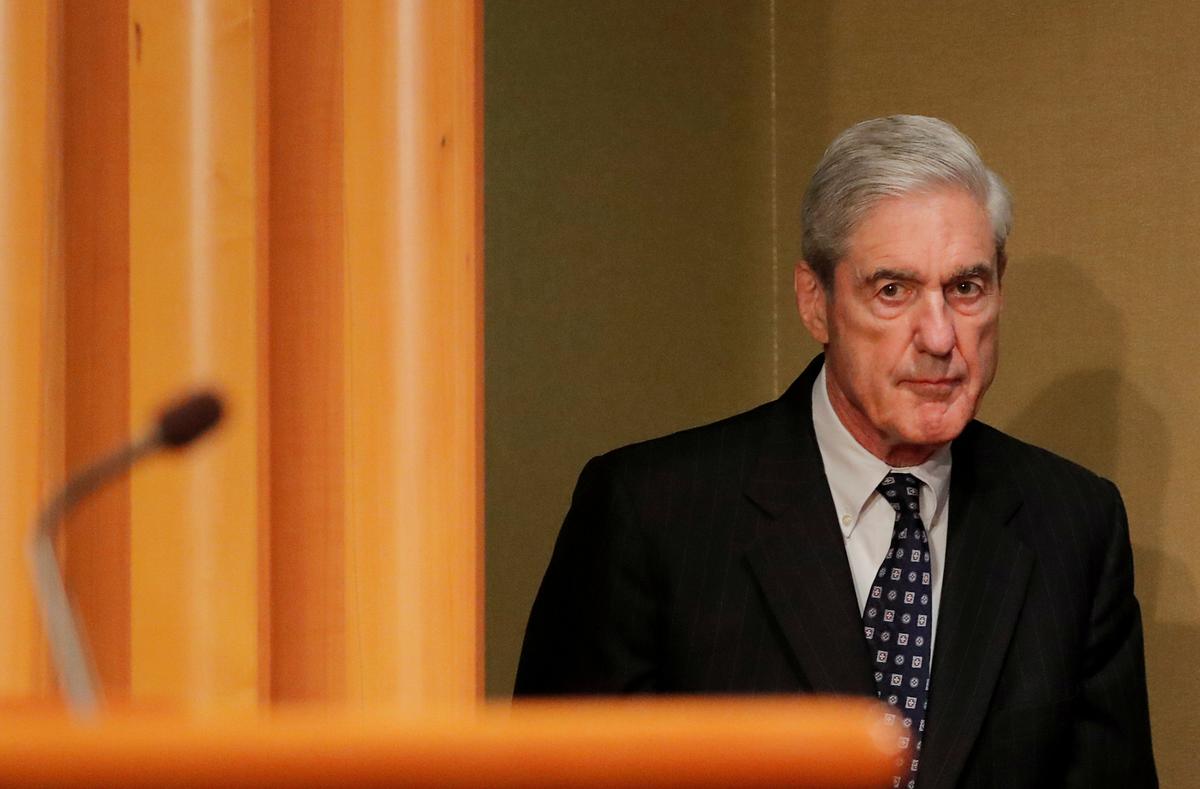 WASHINGTON (Reuters) – Robert Mueller stayed mum for nearly two years in the face of repeated verbal attacks on his integrity by President Donald Trump and his conservative Republican allies in Congress.

FILE PHOTO: U.S. Special Counsel Robert Mueller arrives to make his first public comments on his investigation into Russian interference in the 2016 U.S. presidential election at the Justice Department in Washington, U.S., May 29, 2019. REUTERS/Jim Bourg/File Photo

For the first time on Wednesday, the former U.S. special counsel will come face to face with some of his harshest critics in a hearing before the House of Representatives Judiciary Committee.

Some members of the House Freedom Caucus, a conservative faction, sit on the committee and have clashed in the past with witnesses in high-profile hearings on Mueller’s inquiry into Russia and Trump’s 2016 presidential campaign, such as former Deputy Attorney General Rod Rosenstein and former FBI agent Peter Strzok.

At Wednesday’s session, unlike the Democrats running it, Republicans are likely to grill Mueller on topics not covered in his 448-page report released in April on Russia’s election interference and contacts between Trump’s team and Moscow. Look for Republican lawmakers Jim Jordan and Matt Gaetz to lead the way.

They will want to hear from Mueller, for instance, about surveillance warrants issued early in the inquiry, and about how Strzok was dropped from Mueller’s team due to politically charged text messages he sent disparaging Trump.

“Who knows how it’s going to go,” said Ohio Republican Jordan, who engaged in a sharp exchange with Rosenstein in a dispute over access to documents about the Russia probe.

“The key is figuring out: How are you going to use your five minutes in the most effective way, and we’re still working on that,” Jordan told Reuters.

Whether Republicans will be able to extract any new information remains to be seen. Mueller, himself a Republican, has made it clear he has little interest in straying beyond the contents of his report.

Trump and some of his allies in Congress have sought to portray the Russia investigation as a politically motivated “witch hunt” and have assailed the integrity of Mueller and his team of lawyers who conducted the 22-month-long inquiry.

On Monday, the Justice Department told Mueller to stay “within the boundaries” of his report and not discuss anything about investigative steps or decisions he made because they are covered by a legal principle called executive privilege.

That instruction, rejected by the committee’s Democratic chairman, is likely to frustrate Republicans, who are eager to hear more about how the investigation started, whether U.S. intelligence agencies improperly spied on Trump’s campaign, and if anti-Trump political bias factored into investigative decision-making as the president’s defenders assert.

“He’s been on the Hill a long time,” Biggs said, referring to the former FBI director’s past testimony to lawmakers on Capitol Hill. “He knows how to play rough-and-tumble politics.”

Jim Popkin, a spokesman for Mueller, declined to comment about the substance of Mueller’s testimony, except to say that no one at the White House or Justice Department has reviewed his written statement in advance.

Mueller completed his investigation in March. A redacted version of his 448-page report was released by the Justice Department in April.

It documented numerous contacts between the Trump campaign and Russian officials, but did not establish that a criminal conspiracy had occurred. The report also laid out examples of Trump trying to impede the investigation, but reached no conclusion on whether the president committed the crime of obstruction of justice.

Ahead of Wednesday’s back-to-back hearings, which will also include Mueller’s testimony to the House Intelligence Committee after the Judiciary Committee session, Trump tried to fan the flames on Twitter by bashing Mueller and offering Republicans a roadmap for questions to ask.

While most lawmakers said they were not sure how the hearing will go, Republicans are hoping Democrats will fail to elicit strong TV sound bites if they follow through with their tentative plans to ask Mueller to read parts of his report aloud.

Reporting by Sarah N. Lynch; Editing by Kevin Drawbaugh and Will Dunham