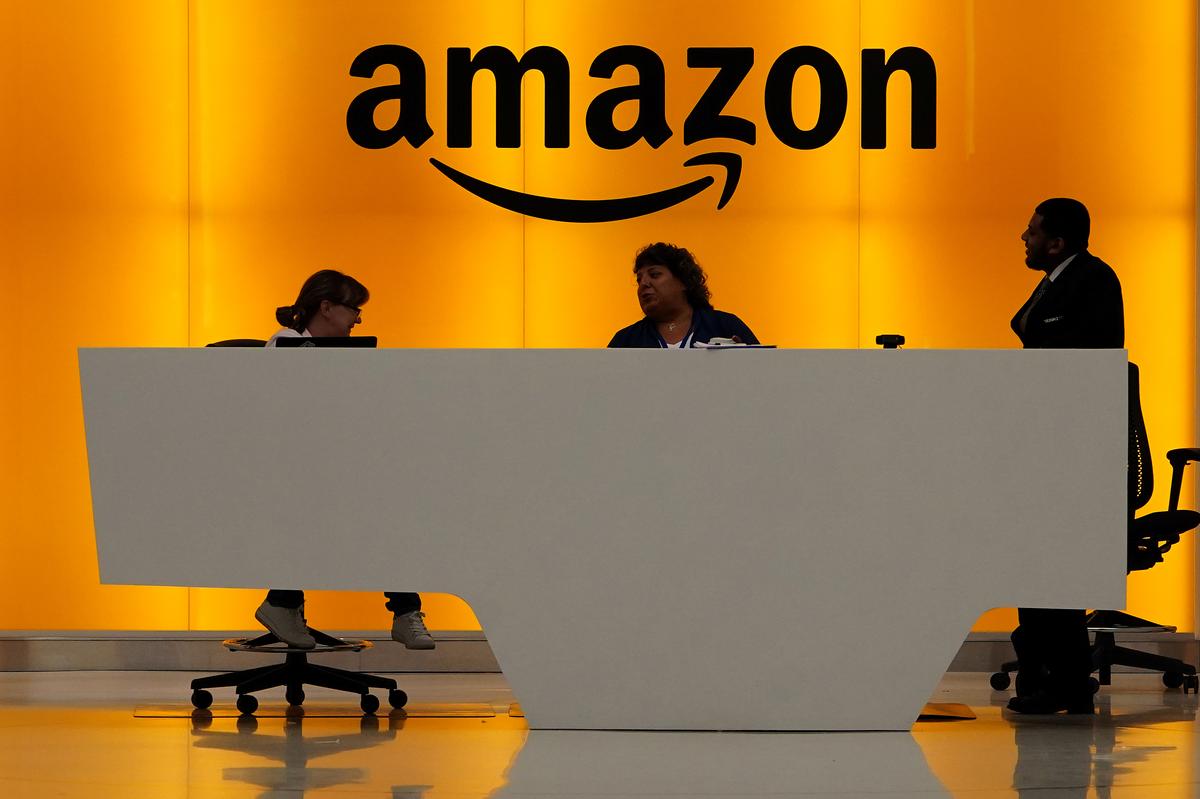 Staff chat at the front desk of the Amazon office in the Manhattan borough of New York, New York, U.S., May 1, 2019. REUTERS/Carlo Allegri

WASHINGTON (Reuters) – U.S. President Donald Trump said on Thursday his administration was looking closely at Amazon’s contract with the U.S. Defense Department after getting complaints from other tech companies.

Amazon.com Inc and Microsoft Corp were selected in April to continue competing for Pentagon cloud computing services as part of a contract that could be worth some $10 billion.

The selection left Oracle Corp and IBM Corp out of the competition for the contract for the Defense Department’s Joint Enterprise Defense Infrastructure Cloud, or JEDI. The contract is part of a broad modernization of Pentagon information technology systems.

Oracle earlier this month lost a lawsuit challenging the contract award. A judge ruled Oracle did not have standing to claim it was wronged by the decision because it did not meet the contract requirements.