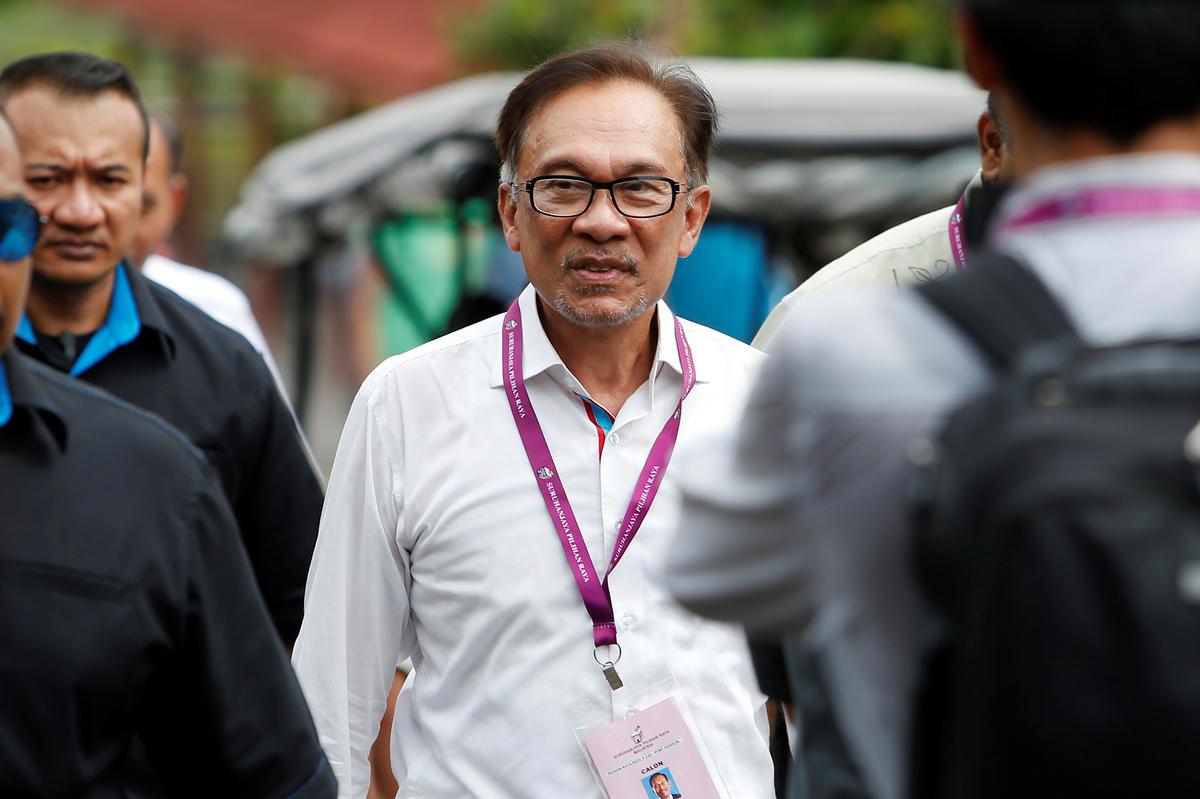 KUALA LUMPUR (Reuters) – Malaysia’s Anwar Ibrahim, jailed twice for what he says were trumped-up sodomy charges, said on Thursday he has the support needed to become prime minister and denied calling for a potential challenger to resign over a new gay sex scandal.

Indications of divisions in Anwar’s People’s Justice Party (PKR) surfaced after a series of videos circulated among politicians and journalists in June, allegedly showing Economic Affairs Minister Azmin Ali and another man having sex.

Gay sex is illegal in Malaysia, and carries penalties of jail and whipping if convicted.

Azmin, the deputy head of PKR and seen as close to Prime Minister Mahathir Mohamad, said he was not in the videos which he called a “nefarious plot” to end his career.

Anwar denied news reports that he had called for Azmin to resign if the videos were proved to be authentic. Anwar said his comments were taken out of context.

“On the issue of the sex video, from the beginning we expressed disgust at the manner the gutter politics has been played,” Anwar told reporters in parliament on Thursday.

Anwar brushed aside talk of a challenge from Azmin for the premiership.

“I’ve got the numbers, I’ve got the support of Pakatan Harapan and the prime minister,” he said, referring to the ruling coalition of which PKR is the biggest party. “It is not fair to me or to Azmin to indicate otherwise.”

Anwar was earlier rebuked by more than 20 members of PKR’s supreme council over his comments reported on Wednesday.

“We urge (Anwar) as the Party President to stop making such divisive statements,” the council said in a statement. “We call upon him to work instead to unite the party in the interest of our members, Pakatan Harapan and our country.”

Anwar said he accepted the criticism, which he said was a call for him to strengthen party unity.

The 35 best memoirs of 2022 (so far)
Regency Style Has Finally Gone Too Far
The Best Hair Dryers Of 2022 To Level Up Your Locks
Game of Thrones Spinoff Was Kit Harington’s Idea, According to George R.R. Martin
Meredith Vieira Called a “Comedic Genius” by Co-Stars John Early and Kate Berlant