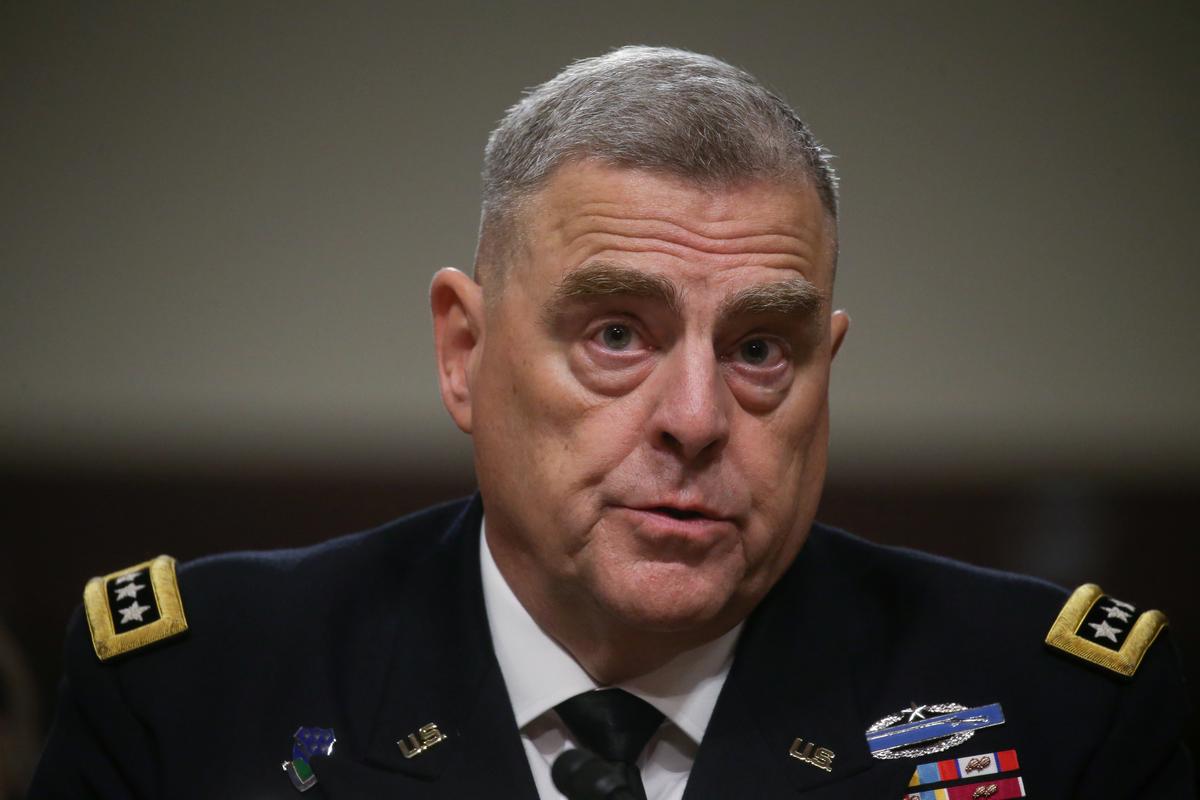 FILE PHOTO: U.S. Army Gen. Mark Milley testifies before a Senate Armed Services Committee hearing on his nomination to be chairman of the Joint Chiefs of Staff on Capitol Hill in Washington, U.S., July 11, 2019. REUTERS/Leah Millis

WASHINGTON (Reuters) – U.S. President Donald Trump’s nominee to become his top military adviser told Congress on Thursday that he would not be “intimidated into making stupid decisions,” saying he would always give his best military advice, regardless of pressure.

“I’ll give my best military advice,” said Army Chief of Staff General Mark Milley, the nominee to become the next chairman of the Joint Chiefs of Staff.

“We are not going to be intimidated into making stupid decisions. We will give our best military advice, regardless of consequences to ourself,” Milley added, referring to himself and other combat-hardened military leaders.

‘We are going forwards’: Starmer rules out rejoining EU ahead of launching Brexit plan
The new powerful US weapon being used by Ukraine against Russian targets
PM ‘not aware of specific claims’ about disgraced MP and thought he was ‘best choice’ for deputy chief whip job
What to Watch: Girl in the Picture, Big Brother, Black Bird
ODESZA Drop Newest NO.SLEEP Mix After Another Two Years