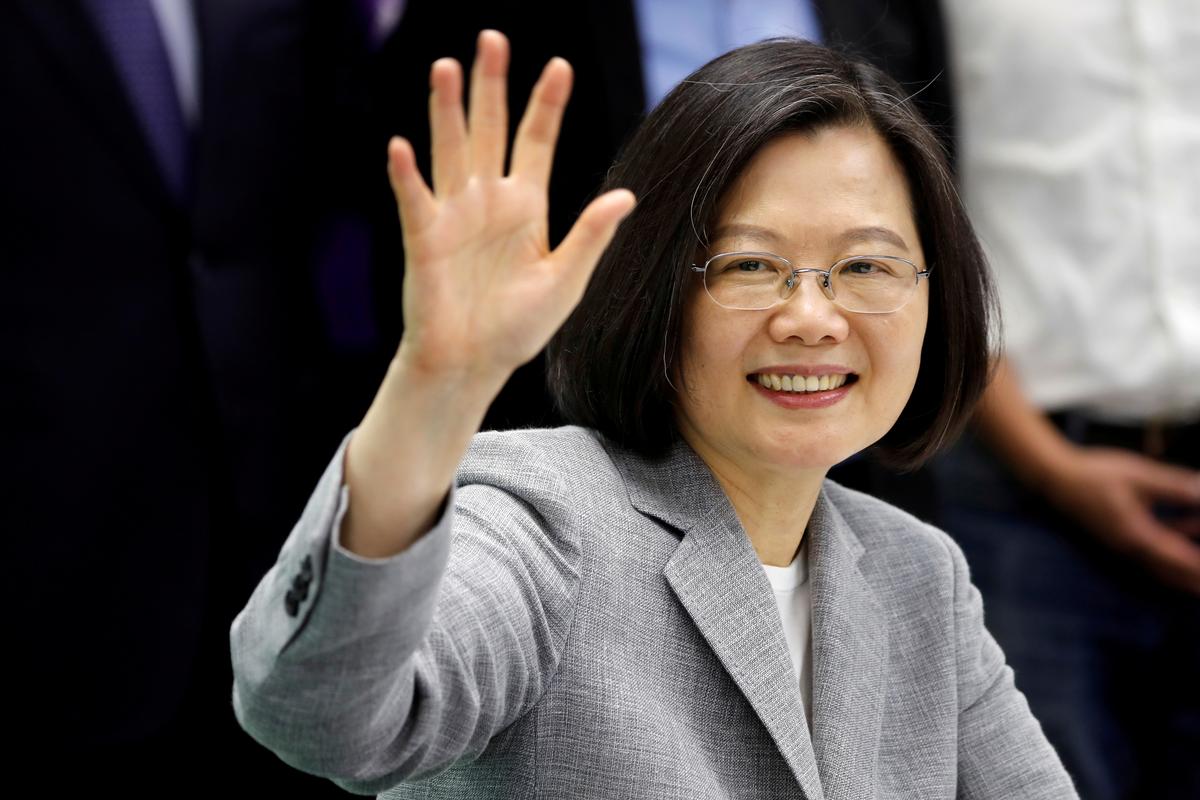 TAOYUAN, Taiwan (Reuters) – Taiwan President Tsai Ing-wen left for the United States on Thursday on a trip that has angered Beijing, warning democracy must be defended and the island faced threats from “overseas forces”, in a veiled reference to China.

China, which claims self-ruled and democratic Taiwan as its own and views it as a wayward province, has called on the United States not to allow Tsai to transit there on her overseas tour.

Tsai’s time in the United States will be unusually long, as normally she spends just a night at a time on transit stops.

The U.S. State Department has said there had been no change in the U.S. “one-China” policy, under which Washington officially recognizes Beijing and not Taipei, while assisting Taiwan.

Speaking at Taipei’s main international airport at Taoyuan, Tsai said she would share the values of freedom and transparency with Taiwan’s allies, and she was looking forward to finding more international space for Taiwan.

“Our democracy has not come easily, and is now facing threats and infiltration from overseas forces,” Tsai said, without naming any such force.

“These challenges are also common challenges faced by democracies all over the world. We will work with countries with similar ideas to ensure the stability of the democratic system.”

Tsai, who faces re-election in January, has repeatedly called for international support to defend Taiwan’s democracy in the face of Chinese threats.

Beijing has regularly sent military aircraft and ships to circle Taiwan on drills in the past few years.

Tsai last went to the United States in March, stopping over in Hawaii at the end of a Pacific tour.

Seeking to bolster Taiwan’s defenses, the United States this week approved an arms sale worth an estimated $2.2 billion for Taiwan, despite Chinese criticism of the deal.

Taiwan has been trying to shore up its diplomatic alliances amid pressure from China, which has been whittling down its few remaining diplomatic allies, especially in the Caribbean and Latin America.

Aside from the United States, Tsai will be visiting St Vincent and the Grenadines, St Lucia, St Kitts and Nevis, and Haiti.

Taiwan now has formal ties with only 17 countries, almost all small nations in Central America and the Pacific.