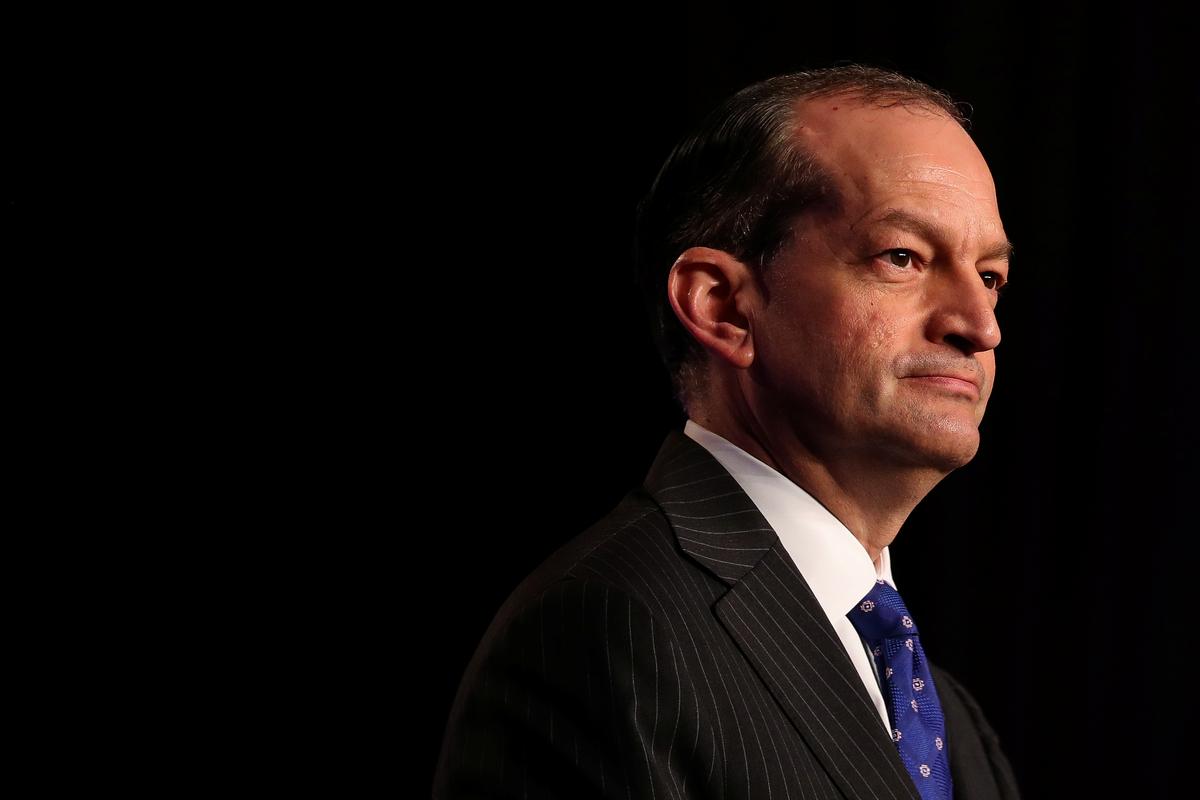 WASHINGTON (Reuters) – U.S. Labor Secretary Alexander Acosta will hold news conference later on Wednesday to address the 2008 plea deal with financier Jeffrey Epstein that he made as a U.S. prosecutor in Florida, the Labor Department said in a statement.

White House officials did not respond to a request for comment on whether Acosta would resign at the news conference.

Acosta’s role in the deal more than a decade ago has come under fresh scrutiny after a Miami Herald investigation shed new light on the agreement, spurring federal prosecutors in New York this week to file new sex trafficking charges against Epstein.

The 2008 plea deal in Florida, where Acosta was serving as a U.S. attorney, allowed Epstein to plead to a lesser prostitution offense and serve 13 months in a county jail, with leave during the day. He also had to register as a sex offender. A judge earlier this year ruled against the deal.

On Monday, the U.S. attorney in Manhattan said it was not bound by the 2008 deal and accused Epstein of luring dozens of girls, some as young as 14, and coercing them into sex acts.

Acosta defended his handling of the case in a pair of tweets on Tuesday. Republican President Donald Trump separately backed Acosta in comments to reporters on Wednesday but said he would look into the matter.

U.S. House of Representatives Speaker Nancy Pelosi and other Democrats have called for Acosta to resign.