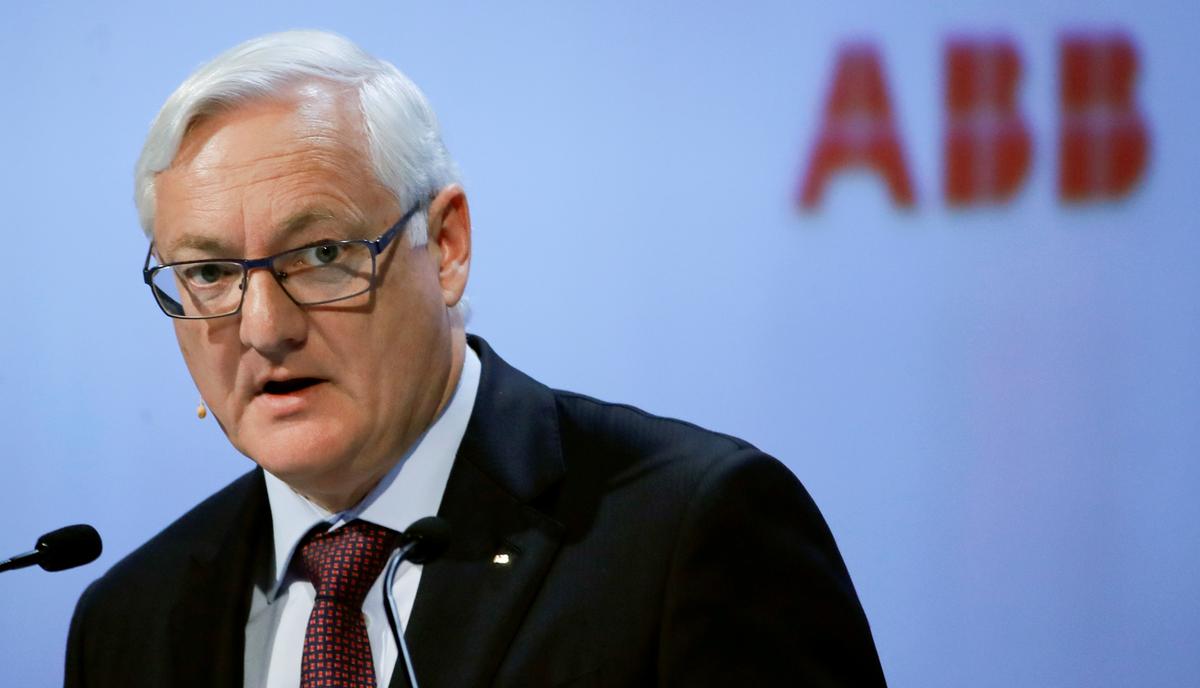 ZURICH (Reuters) – ABB (ABBN.S) is pressing ahead with a review of its underperforming businesses and expects a customer slowdown and China-U.S. trade tensions to mean a turbulent year, its Chairman and interim Chief Executive Peter Voser told Reuters.

The Swiss engineering company is in a “heavy-lifting phase”, Voser said, completing the separation and sale of its power grids business to Hitachi, and on Tuesday announcing a deal to quit solar energy inverters.

Businesses which generate $3 billion of revenue, 11% of ABB’s total annual sales, are now under review and could be sold off or closed down, Voser told Reuters.

“We have under review some $3 billion of revenues and this solar divestment will be part of it,” he said.

ABB expects a turbulent 2019, with the automotive sector’s troubles hitting the industrial robot and drive maker, although demand from the food and beverages sector remains resilient.

“There are clear headwinds in some of the end markets we are operating in, therefore in some of the businesses we see a slowdown,” Voser said in an interview at ABB’s Zurich head office, his first since taking over as interim CEO.

“But it is not just an economic slowdown, there are also geopolitical issues … it is hard to forecast how long it could go on for.”

Voser, a former CEO of Royal Dutch Shell (RDSa.L), took over as temporary boss at ABB following the sudden exit of Ulrich Spiesshofer in April.

“2019 will be a year when a lot of factors will work themselves into our results: some stranded costs, the Power Grids carve out and other portfolio decisions and some slowing down in end markets,” Voser said.

“2020 will be calmer… there will be a competitive improvement after that.”

The 61-year-old Swiss national, who was ABB’s finance chief in the early 2000s, said he was determined to improve the performance of ABB, whose share price has underperformed rivals like Siemens (SIEGn.DE) and Schneider Electric SCH.PA.

“Our operational performance over the last few years has not been satisfactory,” Voser said. “Let’s not dance around this issue, others have performed better.

“Many investors are in a wait-and-see position at this stage, looking to us to deliver. I think you will see continuous improvement delivered by our employees in the businesses and this will come faster than many expect.”

Voser said there was no need to sell whole businesses, although parts – which run from circuit breakers to digital sensors and software – would be examined, and some could be sold.

“Some small- and medium-size additions to some of the portfolios we already have make sense, like it also may make sense to get rid of a few,” he said, although ABB would not carry out “mega” acquisitions.

ABB needs to improve sales to get better margins, Voser said, although there would be no new corporate cost cutting programs.

“We have continuously improved on the cost side but not on growth. We didn’t grow enough in the past,” he said.

Meanwhile, Voser continues to look for a new CEO, a search which he said was running ahead of plan without saying when he expected to make an appointment.

He wanted someone with an industrial background, with the ideal candidate given time to improve ABB’s fortunes.

“I think the tenure needs to be a minimum of five years, as the new CEO needs time to implement what we have started.”