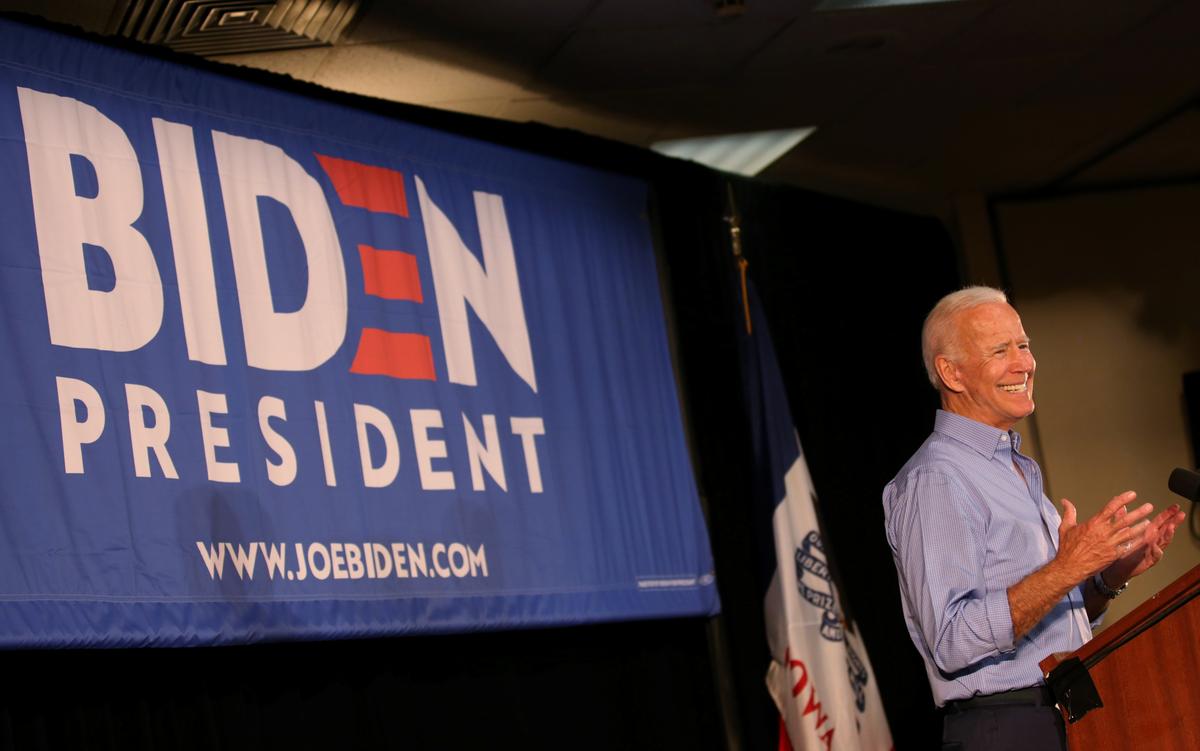 NEW ORLEANS (Reuters) – Seeking to put to rest a weeks-old controversy that has dogged his campaign for the 2020 Democratic presidential nomination, Joe Biden apologized on Saturday for touting his past record of working civilly with segregationists serving in the U.S. Senate in the 1970s after being roundly criticized by rival candidates.

Biden, who served as vice president under the first black U.S. president Barack Obama, until now had pointedly resisted apologizing for the remarks he made on June 18 that had drawn criticism from others in the Democratic field, exposing racial and generational tensions among the candidates.

“Was I wrong a few weeks ago to somehow give the impression to people that I was praising those men who I successfully opposed time and again?” Biden, 76, asked on Saturday afternoon during a speech in Sumter, South Carolina. “Yes, I was, and I regret it. And I’m sorry for any of the pain or misconception I may have caused anybody.”

Biden’s initial remarks were made as he lamented that political leaders in the United States had lost the ability to work together in an increasingly polarized nation. He noted that despite disagreeing with them, he had managed to work with two white segregationists from the South serving in the Senate when he was first elected: Democratic Senators James Eastland of Mississippi and Herman Talmadge of Georgia.

After U.S. Senator Cory Booker, a rival candidate who is black, a day later expressed surprise that Biden had not apologized, Biden, who is white, said he did not have “a racist bone in my body” and asked reporters, “Apologize for what?”

During a June 27 debate among Democratic contenders seeking to run against incumbent Republican President Donald Trump, U.S. Senator Kamala Harris called Biden’s comments “hurtful,” though she said she did not believe Biden is a racist.

Harris was among half a dozen candidates who spoke on Saturday in New Orleans at Essence Festival, a gathering for black women organized by Essence Magazine. She announced a policy plan targeted at closing the racial wealth gap.

“Black Americans were excluded from participating in the first industrial revolution and the wealth it generated,” said Harris, the daughter of a black father from Jamaica and an Indian mother. “Now with the technological revolution, we must ensure everyone can participate in the wealth it creates.”

In South Carolina, an early-voting state in the nominating contests that kick off next February, Biden delivered a speech responding to criticism by Harris about his track record on race.

South Carolina’s primary is the first in a state where a significant proportion of the Democratic electorate – about 60 percent – is black.

“America in 2019 is a very different place than the America of the 1970s,” Biden said, according to prepared remarks. “And that’s a good thing. I’ve witnessed an incredible amount of change in this nation and I’ve worked to make that change happen. And yes – I’ve changed also.”

Much of Biden’s early lead in the polls was fueled by strong support among black voters, but his support has appeared to wane in the wake of criticism about his position in the 1970s about busing of minority students to integrate schools.

Biden also is highlighting his eight years as Obama’s vice president, from 2009 to 2017.

“If you look at the issues I’ve been attacked on, nearly every one of them is for something well before 2008,” Biden said, according to prepared remarks. “It’s as if my opponents want you to believe I served from 1972 until 2008 – and then took the next eight years off. They don’t want to talk much about my time as vice president.”

Harris announced a $100 billion housing proposal aimed at helping poor people living in rental properties or receiving public assistance for their housing to buy houses. The program would create grants to cover down payment and closing costs.

“So we must right the wrong and, after generations of discrimination, give black families a real shot at homeownership – historically one of the most powerful drivers of wealth,” Harris said.

U.S. Senator Elizabeth Warren touted her series of proposals that target closing the pay gap for black women in America, including a promise to sign an executive order to force any company with a federal government contract to certify equal pay.

“We start to close on the very first day by using the power that the president herself will have,” Warren said, drawing cheers at the use of the female pronoun.

Booker told the audience the next president should have a track record of helping African-Americans.

“We cannot be a nation that is truly free until everyone is free,” Booker said.

Reporting by Ginger Gibson; Editing by Will Dunham and Leslie Adler