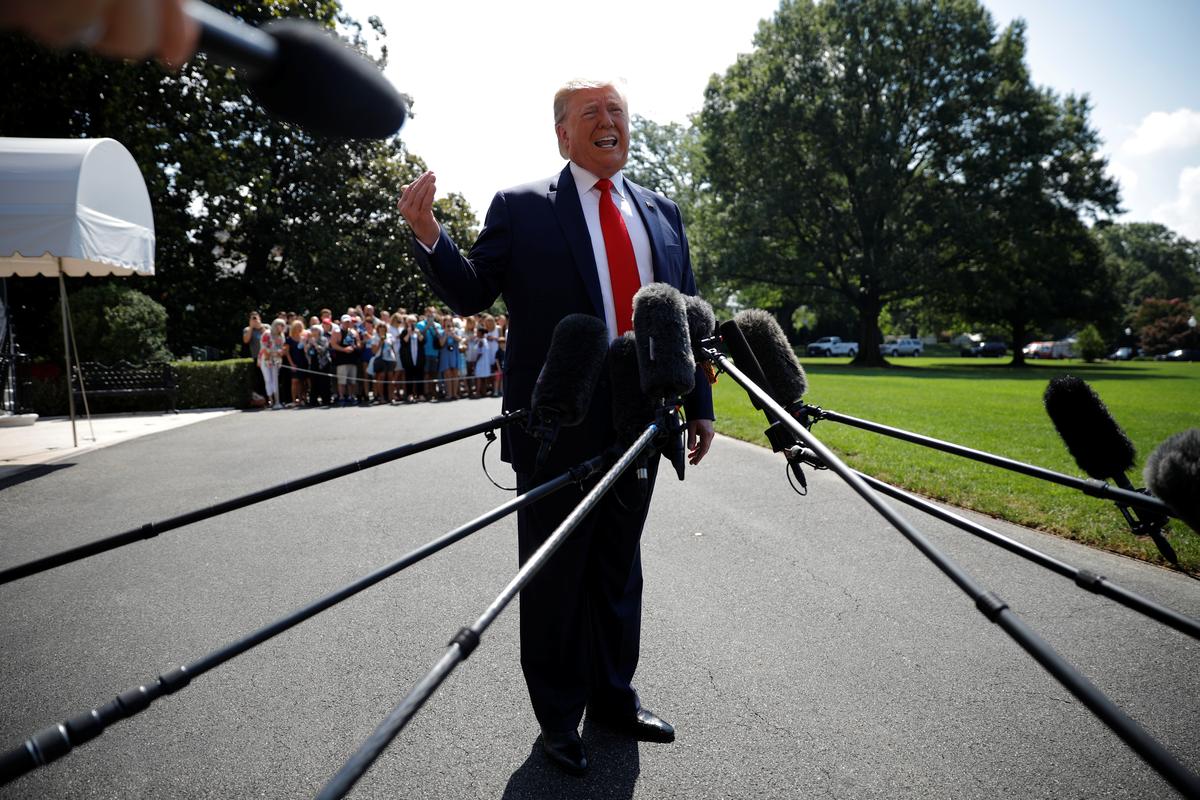 U.S. President Donald Trump talks to reporters as he departs for travel to New Jersey from the South Lawn of the White House in Washington, U.S., July 5, 2019. REUTERS/Carlos Barria

WASHINGTON (Reuters) – U.S. President Donald Trump on Friday repeated his call for the Federal Reserve to lower interest rates, saying that such a step would further boost the economy.

In comments made to reporters outside the White House, Trump also touted the country’s low unemployment rate of 3.7% and the 224,000 jobs added last month, in figures released by the Labor Department on Friday.

Trump has repeatedly railed against the central bank for hiking interest rates and against the Fed’s chairman, Jerome Powell, whom Trump nominated, in particular.

Fed officials, in turn, have argued that last year’s rate hikes were a proper precaution against inflation or financial sector bubbles.

But Fed officials’ sentiment began shifting in May, amid concerns that Trump’s trade policy was beginning to undermine economic sentiment, business investment and growth.

Fed officials are poised to cut rates by as much as half a percentage point by the end of the year.

Why Victoria Beckham Is Concerned for Daughter Harper to Join “Quite Terrifying” Social Media
Copenhagen suspect uploaded YouTube videos of him holding guns day before shooting
Boris Johnson ‘forgot’ about investigation into disgraced MP
Leo Lauretti Will Have You “Movin” With Groovy New Single
Book Riot’s Deals of the Day for June 30, 2022